Ahead of the bye-elections in 11 states scheduled for today, the Independent National Electoral Commission (INEC) has released the final lists of candidates for outstanding National and States’ Houses Assembly elections.
This is coming amidst conflicting orders from the courts in the Federal Capital Territory and Cross River State judiciary.
Also, INEC has insisted that voters must wear facemasks/face coverings as well as maintain the recommended social distance at all polling units.

But, there is crisis in Cross River North Senatorial District to replace Senator Rose Okoh, who died early this year.
This is because two courts of equal jurisdictions had Wednesday in Abuja and Calabar issued conflicting orders.
A Federal High Court sitting in Calabar on Thursday affirmed Dr. Stephen Odey as the candidate of the Peoples Democratic Party (PDP) for the bye election.
Ruling in the suit with number FHC/CA/CS/87/2020, the presiding judge, Justice S.A. Amobeda, held that Dr. Odey was the validly nominated candidate of the PDP for the said bye election.

Relying on relevant provisions of the 1999 Constitution of the Federal Republic of Nigeria (as amended), provisions of the Electoral Act 2020 and Articles of the PDP Guidelines for conduct of its primaries, Justice Amobeda ordered the INEC to publish the name of Dr. Odey as the duly nominated candidate of the PDP to contest the election.
Same day in Abuja, an FCT High Court declared Hon. Jarigbe Agom Jarigbe as the duly elected candidate of the PDP for the rescheduled Cross River North Senatorial bye election holding on Saturday, December 5, 2020.

The court, in the judgment by Justice Binta Mohammed, held that contrary to the claim of the claimant, John Alaga, the defendant (Jarigbe) did not supply any false information in his INEC Form CF001 by purporting to have sat for / and or obtained educational qualification making him eligible to contest for the Cross River North Senatorial Bye election. In his suit No. CV/77/2020, the claimant, John Alaga had urged the court to disqualify the candidature of Jarigbe on the strength of the alleged false information and other allegations. But in his judgment, Justice Mohammed sitting in court 27, Apo division of the FCT High Court held that the claimant has failed to prove his case. The court also held that the Cross River North Senatorial primary election of the PDP wherein Jarigbe (1st defendant) was nominated as the Senatorial candidate was conducted with the authentic list of the Ward and Local Government Area Executives of the party.

Justice Mohammed further held that “the first defendant having won the highest number of valid votes at the said primary election is validly nominated as the candidate of the PDP for the Cross River North Senatorial Bye election scheduled to hold on October 31, 2020 or any other date.
But in the final list released by INEC, the name of Dr. Stephen Odey is recognised as the authentic candidate.
For the Imo North Senatorial election, though the name of Ifeanyi Ararume is released by INEC in the final list, a Court of Appeal has ruled directing the name of Frank Ibezim should replace that of Ararume.

In the unanimous judgment, the trio of Justice U. Onyemenam, Justice J Y Tukur and Justice M.B Idris set aside the judgment of the High Court in Owerri which ordered the INEC to replace Mr. Ibezim with Senator Ifeanyi Ararume as the candidate of the APC in the election.

In the judgement, the three Justices of the Court of Appeal upheld Sir Frank Ibezim’s appeal, while setting aside the Judgment of the Federal High Court earlier delivered on the 6th November, 2020.
By this Court of Appeal judgment, INEC have been mandated to restore the name of Sir Frank Ibezim as the only and authentic APC candidate for the December, 5th 2020 Senatorial Bye Election.

However, a federal high court in Abuja disqualified Ibezim as candidate of the APC in the bye-election for making false declaration in the documents he submitted to INEC.
In his ruling, Inyang Ekwo, the judge, said the affidavit and documents submitted by Ibezim were falsified and they uncertified photocopies of West African Examination Council (WAEC) certificate.
The judge held that the documents of the candidate bear two different and irreconcilable names – Ibezim Chukwuma Frank and Ibezim Francis Chukwuma.

Ekwo directed INEC to expunge Ibezim’s name from the list of candidates for the bye-election.
Meanwhile, the Federal High Court in Yenagoa yesterday dismissed two suits filed to stop the candidates of the APC, Mr. Abel Ebifemowei, and the PDP, Mr. Cleopas Moses, from contesting today’s senatorial by-election for the Bayelsa Central.

In the first case, Hon. Justice Abimbola Awogboro, dismissed a suit filed Joseph Alakere, a member of the APC, to stop the PDP candidate from contesting the election on the grounds that there were discrepancies in the names occurring on the different certificates he had presented to the INEC and other statutory bodies.

Justice Awogboro held that the case was filed out of time, having been filed 58 days after Moses submitted his documents the INEC as against 14 days allowed by law, and therefore declared that the court lacked the jurisdiction to entertain the matter.

The judge held that the difference in dates of birth on the WAEC certificate of Ebifemowei and the date he attested to in the form he filled at INEC was not material because both dates qualify him to contest the election.
The judge stated that the plaintiff would have to prove that a falsification of the date of birth was done to confer an advantage on the defendant but that in this case the intention of Section 31 (5,6) of the Electoral Act 2010 as Amended was meant to check attempts to use the falsification of age to gain qualification to contest an election.

She therefore ruled that Ebifemowei was qualified having attained the age of 35 by either of the dates to contest the December 5, 2020 senatorial by-election for Bayelsa Central.
Hoodlums had on Thursday disrupted the sitting of the court as it prepared to rule in the two cases.
The hoodlums armed with dangerous weapons, attacked lawyers and collected phones from people within the court premises.

INEC Warns Troublemakers
Meanwhile, INEC reminded everyone that will be involved in the elections of the subsisting guidelines and protocols as clearly contained in the commission’s policy on the ‘Conduct of Elections in the Context of the COVID-19 Pandemic’.

This was made known by the National Commissioner and Chairman of Information and Voter Education Committee, Festus Okoye, after a meeting with Resident Electoral Commissioners (RECs) from 11 states where bye-elections are scheduled to hold on December 5, 2020, as well as several RECs who will support them.

He noted that the security agencies have all reassured the commission that they would continue to provide professional support to the commission for the upcoming bye-elections devoid of any partisan inclinations in order to reproduce the quality of elections that the country experienced in the Edo and Ondo States’ governorship elections.
Okoye disclosed that the commission had decided that in order to forestall deliberate disruption of collation of results, the collation of local government level results will not take place in the constituency.

The INEC appealed to all stakeholders in the constituency to cooperate with its officials, including security agencies, to ensure that the decision is implemented peacefully, adding that it would not hesitate to apply relevant sanctions to individuals or political parties that may disrupt the process.
Okoye assured stakeholders and partners that the 15 bye-elections in 11 states taking place today, would be free, fair, credible and safe.

Police restrict movement in five Lagos LGAs
Meanwhile, the Lagos State police command has restricted movement in Somolu, Kosofe, Epe, Ikorodu, and Ibeju-Lekki local government areas in Lagos State due to the Lagos-East by-election which will hold on Saturday.
The Police Public Relations Officer, Muyiwa Adejobi, said in a tweet that the restriction will be from 6am to 6pm.
The tweet read, “Lagos-East senatorial election, no movement between 6am and 6pm of Saturday, December 5, 2020. Comply please.” 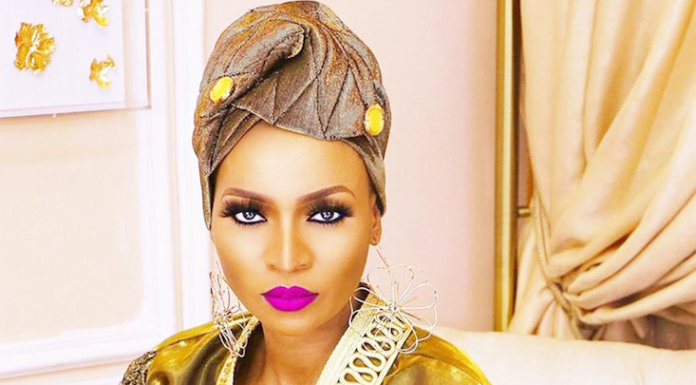