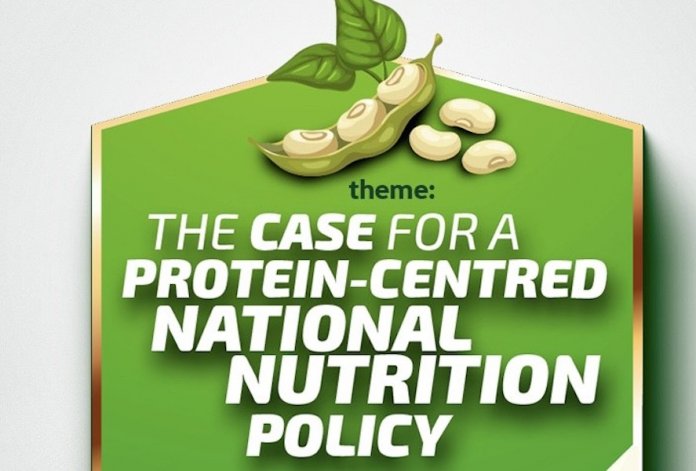 Chiemelie Ezeobi writes the recently held Protein Challenge Webinar 6 was targeted at making case for a protein-centred national nutrition policy, which would inturn curtail the rising incidence of protein deficiency and general malnutrition across the country

malnutrition across the country, the Nigeria Protein Awareness Campaign, a Protein Pull media campaign supported by the United States Soybean Export Council (USSEC) and other partners to create awareness about the prevalence, status and impact of protein deficiency in Nigeria, was recently held.

Themed “The case for a protein-centred National Nutrition policy”, it was also targeted at initiating conversations around the essential features and elements that such a national policy should cover; inspire a conversation amongst stakeholders in the health/nutrition sector; and promote strategies that would help alleviate protein deficiency, with emphasis on protein-rich local food sources.

During the webinar, nutrition experts stressed the urgent need for a protein-centred nutrition policy, stating that such a policy would guarantee and produce sound leaders that the country would be proud of.

For Public Health Expert and Co-founder and National Chairperson Women in Global health, Nigeria, Dr. Adepeju Adeniran, there is need for concerted effort towards ensuring that the entire population enjoys a measure of good health.

She listed key factors responsible for protein consumption habits in Nigeria to include the availability of food source, affordability of the food, taste of the food, knowledge of its nutrition value and personal choice or preference of the buyer.

According to her, data extracted from the Nigerian Protein Deficiency Survey reports showed that about 51 per cent of the survey respondents did not have access to protein-rich food because of cost, adding that those most affected by protein deficiency are children, women of childbearing age, the elderly and the immune-compromised without inadequacy of protein in their diet.

Elucidating on the Nigerian palate, she said population malnutrition and undernourishment in Nigeria can be demonstrated from the successive national surveys done in both the adult and children population, noting that protein deficiency was responsible for both stunting, chronic anaemia and protein energy malnutrition figures in adult females.

She further disclosed that in Nigeria, priority is often placed on a carbohydrate with protein considered second-best in what makes up the regular Nigeria palate- this she attributed to attitudes and cultural norms.

Also speaking, MD of Pinecrest Specialist Hospital, Dr. Omadeli Boyo, revealed that Nigeria has assumed the status of a country with the second-highest rate of children with stunted growth for children under five adding that two million children in the country currently suffer from acute malnutrition with the government only able to reach two out of 10 for treatment.

While calling for nutrition-based education, he noted that the pandemic can be taken care of if the population is well-fed with nutritious food instead of the billion spent on combating it with drugs.

In canvassing for nutrition-based education in schools, health centres, and hospitals, he stressed that pregnant women must be made aware of the importance of a protein-based diet.

Head of Department, Home Economics, Adeniran Ogunsanya College of Education, Dr. Beatrice Oganah-Ikujenyo, while identifying barriers to effective nutrition policy, she posited that nutrition being viewed as a multi-sectoral and multi-disciplinary issue should not be so, rather nutrition should be viewed as a priority and must stand alone.

Stressing that “there should be no conflict of interest “, she said the current situation where nutrition is in the Ministry of Health and also Agriculture presents a challenge. She further stated that implementation becomes easier when there is a Ministry of Food.

According to Protein Challenge, protein, which is one of the classes of food, is widely regarded as an essential building block of life. This is not surprising, as it is found in literally every cell of the body. It is a macro-nutrient, that is one of the three nutrients found in food that the body needs in large amounts. The other two are carbohydrates and fat.

“Protein is an important ingredient used to build, maintain and repair body tissues and muscles.

Some common sources include chicken, beef, lamb and fish, and legumes like beans, soy and lentils.

“When people do not get adequate amounts of protein from their diet, it leads to protein deficiency which is today a major cause of malnutrition, especially among children.

In Nigeria, protein deficiency poses not only a major health problem, but also an economic and a social burden.

“ It is the most important risk factor for illness and death, with millions of pregnant women and young children particularly affected. The goal is to encourage and indeed help Nigerians from all walks of life to embrace regular consumption of proteins regardless of the source – ALL protein is good protein,” they posited.

Protein Challenge is the tag of The Nigeria Protein Awareness Campaign, a Protein Pull media campaign supported by the United States Soybean Export Council (USSEC) and other partners to create awareness about the prevalence, status and impact of protein deficiency in Nigeria.

This gave birth to the Nigeria Protein Awareness Campaign and in this project, USSEC acts as a knowledge, technical and promotion partner and will work with relevant stakeholders across a broad section of the economy, from academia to healthcare, NGOs, agriculture, agro-processing and government, to proffer solutions that will enable everyday Nigerians overcome the risk of protein deficiency and live healthy, productive lives.

The mission of the campaign is to create massive nationwide awareness of Nigeria’s protein deficiency situation so as to help mitigate occurrences everywhere in the country, with particular emphasis on soy as a cost-effective source of protein.

The highlighted objectives for the campaign is to create widespread awareness of Nigeria’s protein deficiency situation, focused on the (health) importance of regular intake of protein in the diet;

contribute significantly to efforts to improve the quality, quantity and consistency of the different types of proteins consumed across Nigeria;

position soy beans as the most cost-effective protein source that is available, not just for humans, but also as feed for livestock, poultry and aquaculture; and foster and promote a culture of knowledge, experience and data sharing among key actors across the agriculture value chain.

www.proteinchallengeng.com was set up as knowledge platform to promote protein in general and soybeans in particular. The website is positioned as the ‘go to’ place for everyone interested in understanding the importance of protein to health and wellbeing. It warehouses the latest protein, nutrition, and agriculture content, both news and blogposts, boasts of a wide range of protein and soybeans-based recipes and a growing archives of photo and videos.

This will be augmented by the publication and prompt distribution of a bi-monthly newsletter – ProteinChallenge – to a constantly growing database of stakeholders and partners.

Essentially, www.proteinchallengeng.com will be the platform to boost, not just awareness of the importance protein in every diet, but one to equally foster collaboration among stakeholders, that would bring about lasting change in Nigeria’s protein deficiency narrative. 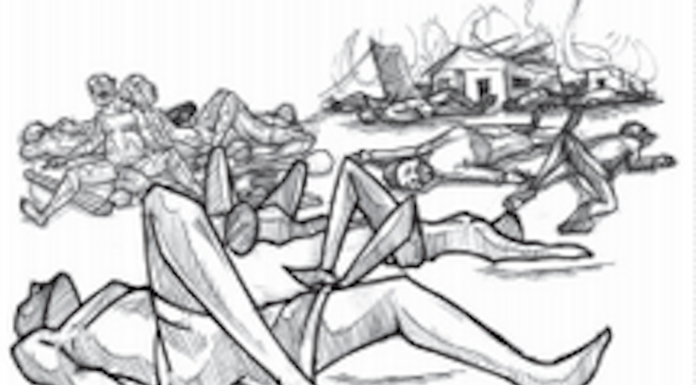