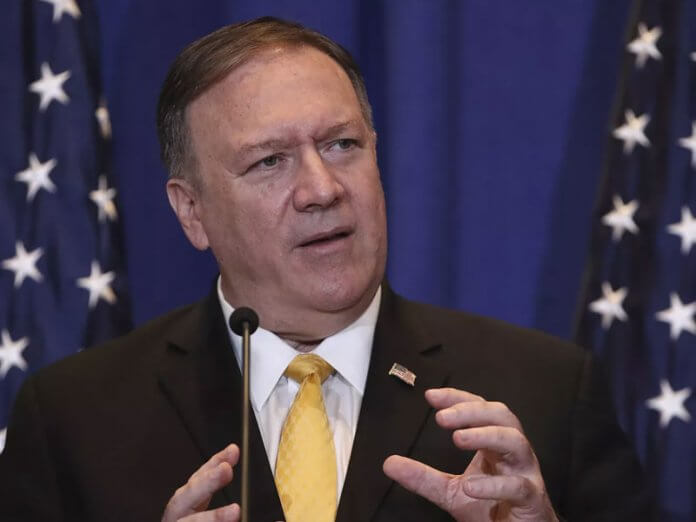 United States military has rescued an American citizen held hostage in Nigeria by a group of armed men, a statement from the US Department of State has announced.

The statement by US Secretary of State Mike Pompeo Saturday said a group of armed men took the American citizen hostage across the border in Niger.

Pompeo commended the “extraordinary courage and capabilities of our military”, adding that the US was committed to the safe return of all its citizens taken captive and would never abandon any American taken hostage.

The statement read: “The United States is committed to the safe return of all U.S. citizens taken captive. We delivered on that commitment late last night in Nigeria, where some of our bravest and most skilled warriors rescued a U.S. citizen after a group of armed men took him hostage across the border in Niger.

‘Thanks to the extraordinary courage and capabilities of our military, the support of our intelligence professionals, and our diplomatic efforts, the hostage will be reunited with his family. We will never abandon any American taken hostage.”

A statement by Pentagon spokesman Jonathan Hoffman said, “US forces conducted a hostage rescue operation during the early hours of 31 October in Northern Nigeria to recover an American citizen held hostage by a group of armed men. This American citizen is safe and is now in the care of the U.S. Department of State. No U.S military personnel were injured during the operation.”

The Pentagon statement added: “We appreciate the support of our international partners in conducting this operation. The United States will continue to protect our people and our interests anywhere in the world.”

Though the rescued American was has not been named officially, he is believed to be Philip Nathan Watson, 27.

According to CNN, the rescued American citizen was taken hostage by armed men earlier this week in Niger and held in northern Nigeria.

Quoting a US official with knowledge of the operation, CNN reports that the mission, which lasted several hours, was conducted by the Navy’s elite SEAL Team 6 flown to the region by Air Force special operations.

The report said the official disclosed that the US forces which conducted the mission killed six of the seven captors, adding that US believes the captors have no known affiliation with any terror groups operating in the region, and were more likely bandits seeking money.

“The governor of the local region where the abduction took place was quoted in various local media and by French media reporting from Niger as saying that six men on motorbikes armed with AK-47s came to the man’s property in the village of Massalata, close to the border with Nigeria.

“The governor, Abdourahamane Moussa, told these media outlets that after demanding money, the men took the American citizen with them in the direction of the Nigerian border,” CNN further reported.

“This American citizen is safe and is now in the care of the U.S. Department of State,” Washington Post quoted Jonathan Hoffman, Assistant to the Secretary of Defence for Public Affairs.

Hoffman added that, “The United States will continue to protect our people and our interests anywhere in the world.”

Washington Post also quoted a US official, who did not want to be named, disclosing that, “The assailants forced Philip Nathan Watson, 27, from his farm in remote Massalata on Tuesday, demanding more than $1 million from his family members, who are missionaries.”

The assailants were said to have threatened to sell the captive to extremists.

“I want to thank the Special Forces. We had a tremendous event happen and really these are incredible people that do this,” US President Donald Trump told reporters Saturday, adding that more details about the mission would be shared in “a very short period of time.”