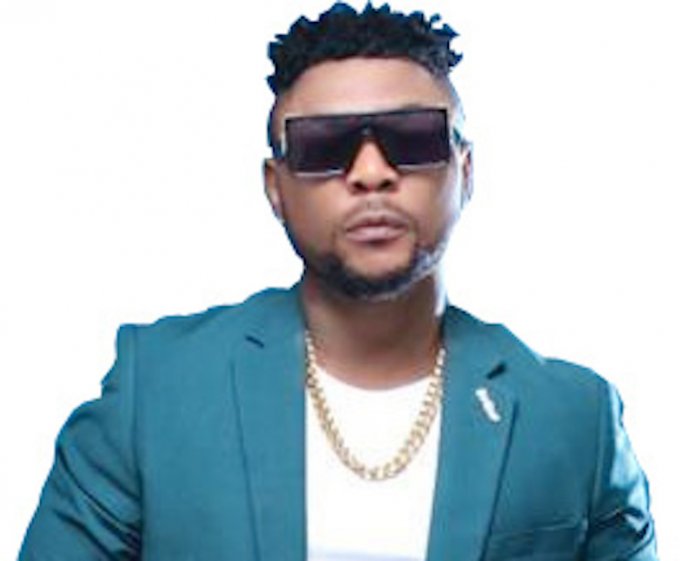 Singer and songwriter, Oritsefemi Majemite Ekele is popularly known as Oritse Femi and his remake of Fela Kuti’s “Double Wahala” shot him into limelight. For several weeks now, he has been in the news over allegations of wife beating. At some point, his wife Nabila Fash, allegedly, moved out of their home, only for him to plead for her to return. The good news is that Nabila is back at home, but Oritse Femi tells an entirely different story to Ferdinand Ekechukwu and Azuka Ogujiuba, insisting there was no domestic issue as portrayed

The social media was recently agog with stories that you and your wife had marital issues; that you hit her and she even had to move out of your home. Is this correct?

Honestly I have said it before that there was no issue anywhere. The way people think is not the way everything is. What happened was between me and my wife, and we have prayed to God. Every human being on this earth should know that when marriage is done, there must be a lot of expectation. So, mine is between me and my wife. So, that’s why I’m saying nobody knows our story. They can’t just come and publish what they think is our story. We are the ones that can tell our story. The story of our lives is left to God.

But how did it get to social media?

That’s why I said people are telling our story. You can’t tell other people’s story.

Why did Nabila leave home?

No, my wife actually went with her best friend Caroline. It’s not as if she left home. They are good friends. Even me, I’m good with Caro.

Many insist that she left home because you were beating her. Caroline Danjuma even made some posts and comments on this in the social media?

Caro made comments because she was angry with the way I approached her on social media. I called her out several times. First of all, you don’t know people’s story. You can never know people’s story – husband and wife story. There’s nothing like any domestic violence.

What has been happening to you lately as regards your music? What are you working on?

I have been working on my new project lately, even before the COVID-19. And also, I was about dropping my new singles before this whole #EndSARS thing. But, I think any moment from now, I’m going to be dropping more of my singles and music videos. I have one on air right now titled ‘Greatest’.

What’s it all about?

It’s a way to tell my people that I’m back. I have been working on myself and my craft. So, any moment from now, my fans and loved ones are going to see me up there 24/7. That’s like reintroduction.

So many things have happened this year, such that 2020 right now is not about making money but about survival for artistes. Many of you didn’t have events during the COVID-19 lockdown. What lesson, as a person, have you learned in the whole process?

Not that we didn’t have events; we were just not allowed to go to any show. I think I learned a lot; I learned to manage every crisis that comes, because life is all about ups and down. You just don’t know; some unexpected things can happen that you did not prepare for. I learned how to manage most of all those things during this COVID-19 period. A lot of things happened that I had to stop thinking about making money. First of all, I had to think about my life and survival. I was so, so afraid of what the end will be, but we have to thank God. I’m one of the people thanking God right now that I’m alive. I just left money apart, because right now, many people have gone. Many died. I don’t know how to put it, but I don’t know how this whole thing happened. But, I just have to thank God that I’m alive right now.

You have had hit songs overtime from ‘Mercies of the Lord’, to ‘Flog Politician’ (Elewon), to ‘Igbeyawo’, ‘Better for Everybody’ to the super hit song, ‘Double Wahala’. Can you recall the motivation behind that song ‘Double Wahala’?

Double Wahala is all about the struggle in my life. That is why I say our generation, we hustle by ourselves, and we struggle by ourselves. We don’t depend on government. I was telling the people how I hustled all the way from Malaysia to Moscow then from Moscow to Miami, US by myself, sometimes, inside cold. So, all these things inspired me and there are so many of us. My own way is by music. What about the people over there that clean toilet to help their families? What would make you go there if not the mismanagement of our country? So, a lot of people went there to hustle. That’s what the song explains to so many people. Then I brought in the local side of it again saying ‘from Gbagada to Mowe to Ojuelegba’, like a conductor.

What memories do you have of Ajegunle that can never be erased, no matter where you go in this world?

The good memories I have about Ajegunle that can never be forgotten is the spirit of survival; of becoming a great person. Most Ajegunle people want to be great and I can be honest with you, most of us are right here on the Island. And it’s been there for long (he mentions names). So, that shows a lot of people have moved on from that area. But that is the place we all started from. I mean the whole AJ music. It was created by the late Jonny Naps. There is a place we call the Raga Dubs Chapel. So that area is like that. Then we also have music school inside the Chapel. We used to have it every Sunday night. The music system, based on the youth level, is in Ajegunle and there are a lot of them like that. So, we always had this concert every Sunday which we call Raga Dubs Chapel Road Block. It’s one of the great concerts we normally have during that period that many people from all over Lagos attend. That was when I think a lot of Jamaicans came into Ajegunle, because our kind of music was like raga reggae, but we have our own culture which we call AJ music. So, those Jamaicans came in – the likes of Shaba Ranks, Bini Man – all of them came and started imposing that reggae-raga into us. Most of the people in AJ want to become musicians. Most of the youth dance to that tune. And you know in every slum, we have a lot of atrocities (violence, robbery, stealing) happening because they don’t have hope.

So, when Raga Dub Chapel came, it brought down the violence and atrocities. Some of them became musician; by then most of the youth started dancing to that tune. So their dreams started becoming wild. And that period reduced the crime rate, as many of them started living the good life. Seeing me as a star, ‘you go like be like me na, Oritse Femi’. Everything started changing until when that Raga Dubs Chapel fell.

How often do you go back to your hood in AJ City? Do you visit just to show off?

I never ever, ever left my people. They are my people. I give them confidence whenever they see me they want to become great, they want to leave crime. I don’t know if you understand. I’m like their role model. Most of them today are living good, leaving dirty lives. For example, now we have someone like E-Money, he has his own company. He was born and brought up there. So everybody there wants to become great. We grew up in the same place.

Back in your hood, you represent that hood such that they see you as an inspiration, a role model. But there are some people who still see you as a street boy, who hasn’t left the ways of the past. How would you react to that?

Yea, my street life is my art, it is me. It doesn’t mean that I don’t live like Ajebutter. So it’s part of me. It’s like when you say somebody is a pastor, you must always be seen preaching, trying to settle issues. So when you say this man is a street king, you must always see me with the street people. But ask me what I always do with them. I encourage them, because they don’t want to see Oritse Femi not relating with them again. I take it as part of my craft. So that’s it.

What’s the relationship with you and Danku (his former manager) at the moment?

Danku is just a good friend. We don’t work together anymore.

And you don’t think you guys can work together any longer?

He’s just a great friend, you know me, I don’t dispute life because life will continue. We’re strictly friends, not business related.

To whom do you attribute your success and give credit to as a successful artiste?

Yeah, I have to say God Almighty and also to my beloved fans because they have been so, so supportive right from day one I started my career and moved up to where I am today. Because after God is human being. So my fans, I want to say you guys have being so amazing. But God almighty is the reason I’m still in existence.