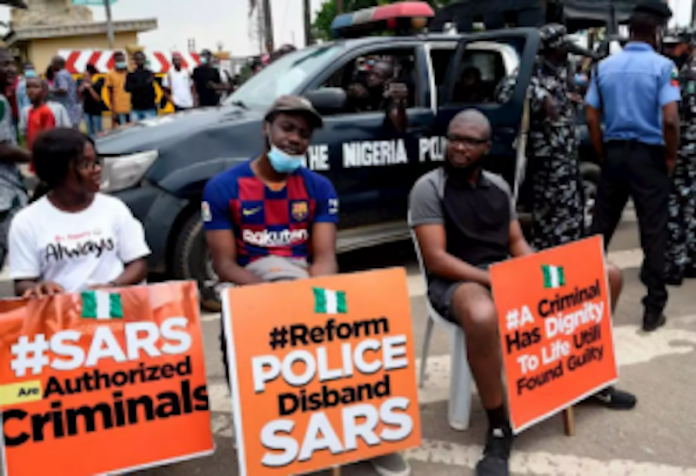 The President of African Bar Association (Afba), Mr. Hannibal Uwaifor last Thursday, commended the call by President Buhari to Protesters on the streets of Nigeria’s major cities to end the violence. In a statement issued on Friday, he said ‘The African Bar Association welcomes the call by President Muhammadu Buhari of Nigeria, for hoodlums who took advantage of the Peaceful #ENDSARS protest to unleash mayhem on Public and Private properties. Although, the President’s speech fell short of what the Association had anticipated considering the weighty issues raised by the Protesters and others of general concern to majority of Nigerians, it however, acknowledged the constitutional rights of Public Protests, in particular the germane issues of Police impunity.

‘While we urge the Government of Nigeria to go further to condemn the attack on innocent peaceful Protesters by organised mercenaries and security operatives, we totally condemn the attack on vital Government buildings, the looting and burning of Private properties, attack on Media houses, Correctional Centres and other forms of violence unleashed in several locations in Nigeria especially, Edo, Lagos, Abuja, and several other cities in Nigeria.

‘While we sympathise with the Government and People of Nigeria, especially the State Governments and Security operatives and Citizens who lost their lives, and call for adequate restitution and compensation in a manner that meets the justice of each case.
‘The Afba commends the Leadership of the Nigerian Bar Association for the steps taken so far in dealing with this monumental crises, and state that we plan to discuss and work with the NBA in bringing sponsors and perpetrators found to have violated the rights of Nigerian Citizens and Youths to account, before the international justice system.’