OUTSIDE THE BOX WITH ALEX OTTI

“His life was gentle; and the elements so mixed in him, that Nature might stand up and say to all the world, THIS WAS A MAN!” – William Shakespeare, ‘Julius Caeser’

The family is the nucleus of every society. Once the family falls apart, the rot washes into the larger society and the ills that follow lead to total breakdown and chaos. When you want to know how stable a nation is, start with its tiniest constituent, which is the family. A strong nation begins with a strong family structure. Similarly, leadership is important at every tier of society, beginning from the nuclear family structure. As they say in Latin, ‘minimis fidelis’ – be faithful in little things. It is the ability to manage the seemingly small things that lead to success in managing the complex ones. When societies are made up of families that have strong leaders, you can rest assured that such societies will meet any challenge that is thrown at them. Strong family values are consistent with strong societal values.

It was sometime in 1991, the year Madonna released the hit song, ‘Justify My Love’, and Whitney Houston also came with her ‘All The Man That I Need’. Love, obviously, was in the air for me. I had met my wife to be and as I quickly found out, she was living under some man’s roof. As a matter of fact, she was his first daughter and the father/daughter love between them was very strong. I was able to manoeuvre and meet her mother after numerous entreaties. When her mother eventually met me, she received me well but said nothing committing. Clearly, she had no say in these kinds of matters. It was the sole decision of her husband, the head of the household. Somehow, the meeting with the father was going to be a very difficult one as everyone was afraid of him, being a no-nonsense man and a strict disciplinarian of the Old School extraction. Attempts to send emissaries failed as we were told he was not ready to entertain this discussion. His stance was based on the fact that his daughter had just turned 21 and was, in his conviction, too young to get into marriage.

Not fazed by the challenge, I dug deep and hatched out a plan. I had to mobilise my uncle to lead me to meet the man, during one of the weekends he came home to Lagos. At that time, he was working out of Port Harcourt while the family settled in Lagos. Surprisingly, on the appointed day, as I fidgeted and sweated in the course of the meeting, he was relaxed and very friendly. I was wondering if we were actually meeting the right person. I naturally left the talking to my uncle who deftly handled the situation with aplomb. He presented the drinks and proceeded to inform him of the reason for our visit. Two years later, by October 1, 1993 precisely, we became husband and wife. The rest has now become history.

Chief (Sir) Cosmas Ajonu John Odoemene (CAJ like was fondly called), my beloved father in law, was a great man. He was born on October17, 1939 to a family of teachers. He was determined to become a priest early in his life and enrolled in St. Peter Claver’s Seminary, Okpala in the present-day Imo State. It was at that school that he obtained his secondary school certificate in 1960. He subsequently proceeded to Biggard Memorial Seminary, Enugu in 1962 in pursuit of his dream of being a clergyman. As providence would have it, after his A-level education, circumstances made him change course from being a priest and he enrolled as a teacher, thus following in his father’s footstep.

He was in this vocation until the outbreak of the civil war. At the end of the war, he proceeded to study Geography at the University of Lagos. Funds were in short supply for the young man but being a very hardworking individual, he was able to pay his fees through the University by doubling as a book seller in his spare time. Those who knew him at that time revealed that quickly, his room turned into a mini bookshop. He graduated with a Bachelor’s degree and joined the then Department of Customs and Excise, now the Nigerian Customs Service. His career took him to several parts of Nigeria and the world.

He combined his job with the pursuit of higher education and subsequently earned a Master’s degree from the same University of Lagos. He enrolled in a PHD programme but was unable to complete it owing to commitments of work which took him outside Lagos frequently and of course the family. An account which everyone who knew him in his career continues to give is that he was a very upright and honest in discharging his duties. He was not attracted to filthy lucre and lived a simple and decent life all through.

Even with the demands of his career, he remained a family man. He had 8 children and he ensured that all of them were not only well educated to post graduate levels but that each had a career to pursue. The last of his children is currently pursuing a PHD programme in the USA. At the last count, there were 21 grandchildren all to his credit. The matriarch of the house and his wife of 53 years, stood by him and settled with the children in Lagos as Chief Odoemene moved from one location to another as duty demanded. He was later to join her in Lagos when he retired from Service as Comptroller of Customs, Bayelsa State in 1999.

Sir Odoemena was a devoted Christian and practised his catholic faith till the last day. He belonged to the St. Joseph’s Society and participated in most activities of the church. The high point of his service to the church community was when he was inaugurated as a fourth degree Knight of St. Mulumba by the Catholic Church in 2003. He was actively involved in the service of the community. He was highly revered in his community and was recognised as an Ezeji. He was conferred with several Chieftaincy titles, amongst which was “Ugbo Na Akwo Aku” of Nguru Mbaise. He supported a lot of families and helped indigent children by putting them in school and paying their fees.

He remained an intellectual, even while in uniform as he was at some point in charge of Research and Planning of the Nigerian Custom Service. Before he passed, he had published two books and a number of research papers and reports.
My father in law and I had a special relationship especially after he took over the role of being a father to me from the moment I lost my biological father in 1994. There was hardly any major decision that I needed to take that I would not run by him, either to get his opinion or where necessary, his consent.

When about three years ago he became ill, we spared no effort in ensuring that he had the best medical care available. He recovered quite remarkably and was managing the situation of his health very well. With the coronavirus, I made efforts to see him one of the weekends but shelved the idea, convincing myself that being in the vulnerable bracket, I should wait for the pandemic to be over. Little did I know that our meeting wasn’t going to be. To my consternation, death was lurking around in the corner, such that when that call came by 2am Monday May 25, I was sure that he was going to be alright. Two hours later, another call came from the hospital that he had passed on.

I have no doubt that it was the way that God had predestined it. But we would have loved to stay together and bid him farewell before he embarked on this long but irreversible trip. Nevertheless, we cannot question God. We consider ourselves very privileged and are indeed very grateful to God almighty for giving us this rare human being as a father, father in law, and grandfather. It is a rare honour to have shared our world with him. We are in no doubt that he will rise again on that resurrection morning when the trumpet shall sound. We shall meet him again to part no more. Until then, we bid you farewell Papa. Good night Ugbo Na Akwo Aku!. It is well with your soul. 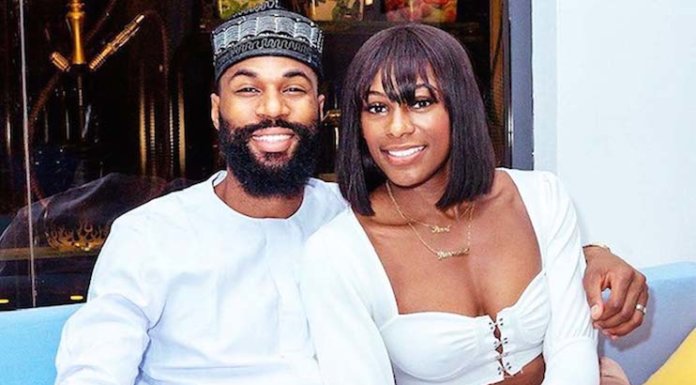