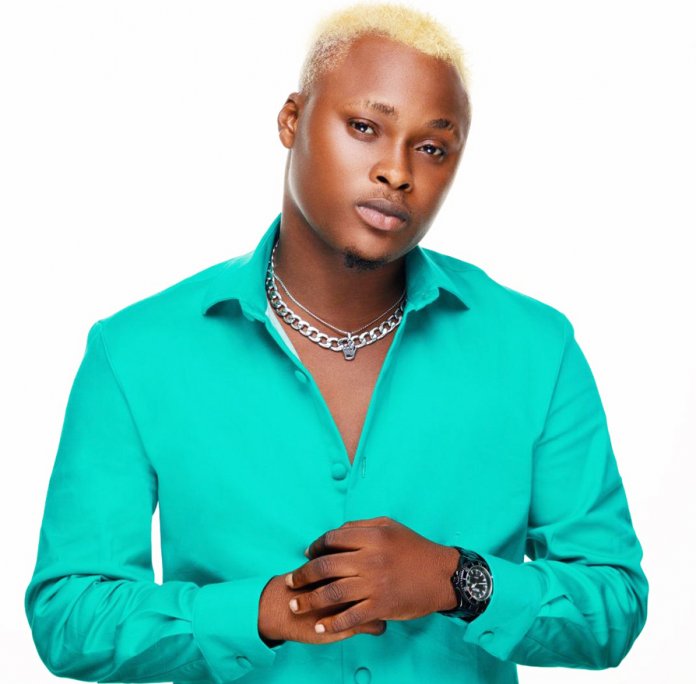 Shittu Ganiyu, known professionally as S Gee or by his alter ego, Sweet Melody, is a singer, songwriter and sound engineer. Born and brought up in Oshodi, Lagos, S Gee picked keen interest in music early, bopping to the sounds from his father’s wonderful collection of vinyl records of music stalwarts of the ‘70s and ‘80s, especially King Sunny Ade’s. As he grew older, he started frequenting music studios in his neighbourhood, perfecting his sound with huge influence from the sounds of R&B king, R.Kelly and Nigerian music legend, 2baba. He talks to Tosin Clegg about his journey so far, his new management, future projects, and much more

I was born into a polygamous family of many children

I remember vibing to my father’s collection of music by King Sunny Ade and Haruna Ishola. When I was in Secondary School, at Mafoluku Grammar School, I discovered Remedies, especially Eddy Remedies because of his voice. When Plantashun boiz came along, I became hooked on 2face. I am still in awe of his music mastery. I did a diploma course in computer science at the University of Agriculture, Abeokuta and applied for a pre-degree at the Olabisi Onabanjo University and got to 200 Level but due to some very painful circumstances of life, I couldn’t complete the programme. I have been doing music ever since then and I still intend to study music and mastering because music is all that matters to me.

As a child, I was quite a bright student but, honestly, I was only interested in football and music. Music won my heart in the end. It’s a love affair that will last forever. I don’t think life would mean anything to me without music. Music is the vibration and reverberation of life for me. It is the only thing that gives my existence true purpose. So, I guess I am on that ladder to my childhood dream. Looking back, it all started in my primary school but, as time wore on, it became more pronounced in my secondary school days. I remember that there was a competition in my school and I was supposed to perform, but I couldn’t make it to the event because I took ill. However, as fate would have it, I got mini-opportunity when they returned from the competition. As a small crowd gathered, I quickly used the opportunity to do freestyle and voila, and got a rousing ovation. Then and there, I knew music was for me.

My kind of music and why

I would say Afrofusion but I like to think versatile instead, because music is too diverse to be restricted to just one genre. Good music is good music, regardless of genre. The composition, arrangement and production must hit nerves and minds of listeners regardless of language barrier.

New management and how it’s like working with them

I have been friends with the SonyJojo family long before we decided to sign a deal. SonyJojo Entertainment has helped in several of my projects, even without an official deal, and the family believes in my music. It is one thing to have a team or a management deal but it is another to have a team who will be your fan, supporter, motivation and catalyst. When you get that, count your blessings and make the most of it. That’s what SonyJojoEntertainment is to me. In Spanish, we say “Mi Familia!”

I hope it will drop by the end of the year, depending on the best decision by my team and the management. I am also putting finishing touches to the visuals of my song, IyanuMashele remix which features QDot Alagbe.

How I get inspiration for my work

As they say, like begets like. Good sound begets good sound. I let in a lot of good sound from great artistes. I allow my mind explore sounds in meditation. It not only comes in handy for my work, but it is also very therapeutic. In addition, I draw a lot from experiences and aspirations and challenges that I encounter. My sound is different, as I say to myself from time to time. My space is there in the industry and I can’t wait to disturb and disrupt… for good.

My goals and how I intend working to make them happen

The goal has always been to leave an unforgettable impression in the minds of millions of people with my music. Let it be that my voice reverberates through the fabric of time. That I was here and I didn’t go without a bang. I have always been ready for it. Endless hours in the studio and whatever good effort it takes, I am ready to give it.

The challenges we have always been facing are the promotion structures. I’ve learnt that while talent is important, it is never enough. Promotion is key, but we don’t have proper structures. We just have a few groups of people doing things the way they feel it should be done. Promotion in Nigeria is like the Wild Wild West. The whole setup has swallowed dreams and buried them in the bottomless pit of obscurity. Royalty system in this country is another source of frustration. There’s zero tracking and data collection. Worst still is that most artists don’t even know about these royalties. The bodies that are in charge of this are more than happy to keep it that way. This is so that they can continue to feed fat on the ignorant. What I feel can be done is to build a structure and get people informed about these structures. A labourer deserves to reap the sweetness of his sweat.

Artistes, producers I would love to work with

I would love to work with Don Jazzy. His sound mastery is legendary. I will also love to work with Sarz, Pheelz and Masterkraft. In five years, I hope to have grown to a level where I am a role model to acts coming up. I would like my music to have such an impact, that it would inspire the artistes in my Oshodi neighbourhood to reach for their limelight.