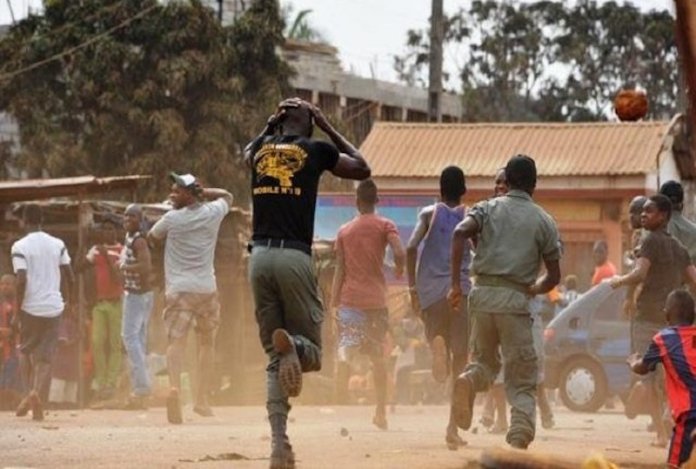 The incident occurred at Unit 4, Ward 4, Ijomu/Obanla in Akure South Local Government at about 8.40 am.

During the incident, a young man, who was identified simply as Gboyega, was shot and was rushed to the hospital on a motorcycle.

Operatives of the Federal Road Safety Corps (FRSC), who were nearby Ijomu Junction also ran for cover.

The situation was later brought under control by men of Nigeria Security and Civil Defense Corps (NSCDC).

An eyewitness, who gave his name as Tope, claimed that the thugs are members of one of the two main political parties.

“They came here in their vehicle with guns, and started shooting as soon as they came out. One of them went straight to the boy [Gboyega] and shot him at close range.

“The hoodlums are here with us, we know them and the people who sent them. One of them was among those who shot people down the street last week,” he said.