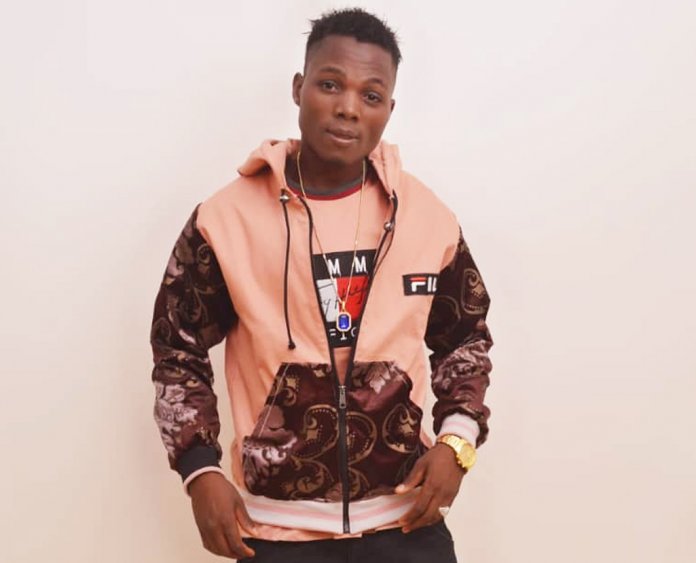 Benard Kudaka’s deportment is disarming upon meeting him one on one. He insistently approached this writer for a piece to showcase his musical talent. Like they say in the streets, he wants to ‘blow’. But it takes more than just an article or two, but talent to put him on the spotlight. Armed with the swag of a budding hip-hop act, there’s something about him that sticks out intermittently in between conversation; his comportment. His visage aside, he is just passionately driven to sing.

He has shared a couple of singles via WhatsApp as he seeks attention. “My Name is Benard Umaru kudaka,” he introduces himself. “My stage name is Benhandsome Kudaka aka Notym.” It is not uncommon to see a budding act struggling with alias. Looking at his image, ‘Benhandsome’ would do for that. Born and raised in Southern part of Kaduna, the 28 year-old-dude is experienced as disc jockey, he claims. It seems true from his narrative. After his O’level he had worked in a bar while disc jockeying.

“The bar operates only at night,” he adds. It was at this point he got interested in pushing further his musical feature. Benhandsome once performed at a show. “The first show was at Gamji Gate Kaduna where up-coming artistes like me perform every Sundays. The first day I perform there was not that easy for me, because I was not that confident on stage,” he recalls. Though “I started my musical career 2007, started going to the studio for record in 2009 my first song recoded was title Bam, Bam”, he says.

But not so apt with the language in speaking and writing which he needs to work on. His mother is a lover of music and she used to compose songs and sings in his native Ikulu dialect. “She sings cultural songs.

She was a very good lead vocal,” he continues. “I came from very poor background but I use my handwork to sponsor my music career”. The last born in a polygamous family of ten children, his dad was married to two wives and they bore him four boys, six girls. His family background has shaped the life he lives today.

To foot his bills and upkeep, Benhandsome works as a painter. How much does that really pay him to support and sponsor his music grind for a career? “Sir I can’t tell because I’m just a daily anytime they call me for a job. But sometimes I get a small contract.” Good enough for him, he has a friend who owns a studio where he spends his leisure time. So at free sessions, he records his songs. That takes off him studio session costs. Among his collection of recorded songs Benhandsom has got just one track release and its title ‘Musical Soldier’.

The song speaks to encourage the youth to keep on hustling. “If no pain no gain,” he quips. Little wonder Music superstar Davido who continually keeps his grind rolling irrespective of his super-rich family background is his role model.T