The candidate of the Peoples Democratic Party (PDP) in the October 10 governorship election, Mr. Eyitayo Jegede is facing an uphill task in his campaign, THISDAY has learnt.

Jegede’s challenge, according to findings, has been traced to the split commitment of the PDP governors towards his ongoing campaign.

According to the findings, Sokoto State Governor, Alhaji Aminu Tambuwal is said to be lukewarm to Jegede’s governorship campaign unlike his Oyo State counterpart, Mr. Seyi Makinde, who has been supportive in every ramification.

In a swift reaction yesterday, however, Tambuwal faulted this allegation, noting that he was fully in support of Jegede’s governorship aspiration.

A PDP source told THISDAY that Tambuwal would have preferred the state’s deputy governor to bear the party’s flag, citing their long-time friendship, which started when they were both serving in the House of Representatives.

The source said: “When Tambuwal was Speaker of the House of Reps, Ajayi was very close to him. He always ensured that any form of opposition to the speaker’s leadership was quickly exposed and aborted.

“Therefore, Tambuwal now sees Ajayi’s aspiration to become the governor of Ondo State as a practical opportunity to appreciate him as a dependable supporter and project his presidential aspiration in 2023,” he said.

However, another source claimed, Tambuwal’s alleged stance on the Jegede candidature has reportedly polarised the PDP Governors Forum, which the Sokoto governor chairs.

The source claimed that the Sokoto governor was able to get an ally in Bauchi State Governor, Senator Bala Muhammed while Makinde has been projecting Jegede’s aspiration, citing his popularity at the grassroots.

The source said Makinde, who has allies in the governors of Bayelsa, Edo, Enugu and Delta, had viewed Tambuwal’s subtle campaigns for Ajayi as devastative, though claimed that it would not affect Jegede’s victory in the poll next Saturday.

The source said the pro-Jegede governors “have been working underneath to deepen grassroots support Jegede is currently enjoying in the state.”

This disagreement among the governors, THISDAY gathered, may have also been responsible for what sources described as the poor funding Jegede is getting in his campaign efforts.

Truly, the source said Jegede “is loved by the people and he looks good to win, but it is apparent he is having financial challenges because of the pro-Ajayi focus of Tambuwal.”

Speaking through his Special Adviser on Media and Publicity, Mr. Bello Muhammed, Tambuwal said those behind the false rumors were enemies of democracy and PDP.

The Sokoto governor explained that the governor “is committed to the course of PDP and he is hopeful that PDP will win the October 10, election in Ondo state

“The governor has visited Ondo state twice to campaign for Jegede and he is always in touch with the PDP Chairman in Ondo State, Mr. Clement Faboyede.

“As chairman of PDP governor’s forum, Tambuwal will never support any candidate apart from that of PDP. Those behind the rumors want to cause disharmony among the ranks in the party,” he explained. 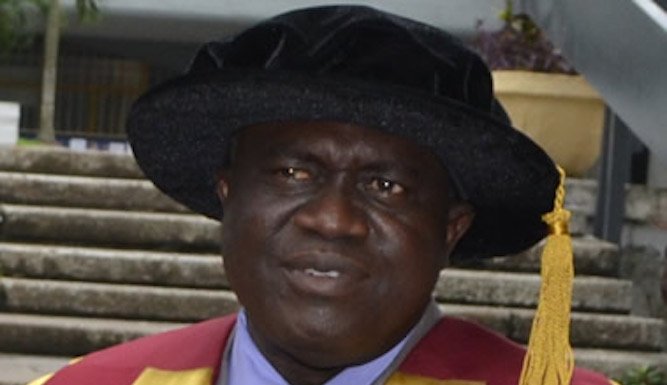