When I wrote a fortnight ago on, ‘’How to Nail Killer Drivers which was followed by ‘’Death Penalty for Killer Drivers’’, I never had the faintest premonition that the Akaeze and Felele tragedies would occur. In the two write-ups, my position was that killer drivers who cause the death of innocent road users should suffer a measure of the consequences of the outcome of their recklessness. My position was in support of that of His Excellency, Bello Mattawale, the Governor of Zamfara State. Although I did not receive reactions from any of my readers except my Law teacher, I know there are observers who viewed my position as hard lined.

Now that we have lost over forty lives in two fatal crashes, I do wonder what the position of these observers would be especially if they lost a loved one in either of the two crashes. If the Akaeze crash was tragic, the Lokoja crash was equally tragic in terms of the magnitude. I was privileged to be driven in the same vehicle with my colleague who is the Zonal Commanding officer in charge of Kogi State when the news filtered in. I am still in shock at the damage and the casualty figures. The casualty according to the FRSC stood at twenty Felele, along the Lokoja-Koton Karfe route in Kogi State. The vehicles involved included one tanker, five cars, three trailers and two motorcycles caused by speed violation and break failure, another causative factor that are human induced.

There were other crashes within the same period such as the crash which occurred at Iyanamama along Olooru-New Jebba road in Kwara State recorded a crash on September 23, 2020 caused by speed and loss of control involving a Mitsubishi bus recording one death and three injured; In Ihiala, Anambra State, a crash occurred opposite Amorka mortuary along Ihiala-Owerri road on the 6th of sept involving a TYT Sequita caused by wrongful overtaking. The Ihiala crash led to the death of two people while in the FCT which is under my watch, a crash on 22 september,2020 caused by loss of control involving a Honda killed one occurred.

The question to ask right now is if these crashes are unique to this month and other Ember months? Are there any myths about the Ember months? I know there are those who believe that the Ember months are the most critical and risky months when more crashes and deaths occur. My brother and oga,Jide Ojo wrote that the Pentecostals opine that it is the period when satan embarks on in-gathering of souls by causing mysterious deaths, accidents, calamities and catastrophes. They therefore call for lots of prayer and fasting, vigils and organise crusades to frustrate the “plans” of Satan and enemies who do not want them to see the New Year.

I know there are no myths about the Ember months. It is the month of plenty activities; farmers harvest time, lots of festivities, marriages, burial ceremonies, chieftaincy celebrations, housewarming and many other festivals are often fixed for the last four months of the year because it is assumed that the rains would have subsided. Like my friend and oga wrote, many corporate organisations also grant annual leave to their staff as well as close for the year by mid-December to enable their workers to observe the Christmas and New Year celebrations. You can call the EMBER months, months of supposed awoof and plenty celebrations. Schools are also usually on break throwing up school people who would use the period to outdo each other on the road for those whose parents can afford a car.

Since the period signals the end of the year, the end of budget year for government as well as private organisations, the season is marked with plenty travelling occasioned by hike in fares. The season to put it better experiences increased motorisation across board. My oga Jide further says that ‘’ It is customary in Yorubaland, even in Igboland, to buy ‘Aso Ebi’ and also give gifts to people as a mark of gratitude to God Almighty and to family members to holding the home front. It is also a time when people who can barely move a vehicle without learning the ropes of driving would take the risk of driving their newly bought car to join the league of car owners. All of these are further compounded by the heightened irresponsible driving all in the name of making it home before the D-day. Drink driving is also prevalent within this period because of the merriments and partying. Like I once wrote in this same column, there are no demons waiting to shed blood during the EMBER months. The reasons behind the crashes and deaths are our irresponsible driving habits.

This is why Zone 7 of the Federal Road Safety Corps comprising the Federal Capital Territory and Niger have since September, conceptualised numerous interventions such as operation Panther as well as operation RED, to check growing recklessness. While Operation Panther targets use of phone while driving, driving against the flow of traffic and overloading among other traffic infractions, operations RED is conceptualised to checkmate the growing incidences of traffic light violations which between January to September,2020 stands at one thousand and five hundred and eighty-one. With the perceived public support and cooperation, we are hopeful that collectively we would be able to reduce the spate of crashes and deaths during the season. 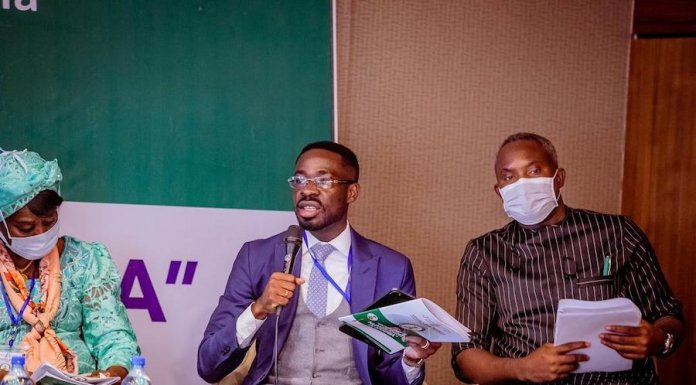 Arrest of youths who protested is counter-productive – Ajudua