Cosmas Odoemena contends Nigeria is an underachiever, just better than nothing

Sixty years ago, Nigeria’s flag of independence was flown, to the joy of a people united by the fresh air of freedom. The federal government of Nigeria has approved what it calls an “inclusive National Independence Celebration program,” with the theme “Together”, and the celebration will be for one year. To this end, President Muhammadu Buhari unveiled the 60th independence anniversary logo, which features a picture of a 51-carat Russian Dynasty Diamond owned by Russian government-owned Alrosa.

Diamond as a thing that lasts forever is well-known. This belief came about when in 1947, Frances Gerety, a copywriter, coined the slogan: “A diamond is forever”, to boost sales for the diamond company, De Beers. After that came James Bond’s 1971 movie, “Diamonds Are Forever”.

It then makes me ask: “As Nigeria celebrates such a symbolic anniversary as its diamond jubilee, will its indivisibility then last forever?”
Nigeria — often called the “Giant of Africa” — is a chronic underachiever. It is blessed with human and natural resources, yet, disunity, tribalism, nepotism, cronyism, poor leadership and corruption, continue to stunt its progress.
It has the unenviable tag of being the poverty capital of the world. The coronavirus has compounded its woes. Many Nigerians have lost their jobs, following the lockdown. Inflation is high, while purchasing power is low. A woman could only feed her children rice — without stew, meat, or fish. Some families go to bed hungry. Some scavenge for food. To make matters worse, electricity and fuel prices have been increased, pitching Nigerians against the government.

Frustrated by a chronically sick healthcare system, low wages, poor working conditions, insecurity, and failed promises, Nigerian doctors are leaving for abroad in droves. More than 72,000 Nigeria-trained and registered health personnel, are working abroad. With gross shortage of health personnel, quacks have filled the gap, killing as many Nigerians, as they can.

Trust a sick healthcare system to produce poor health indices. According to the World Health Organization (WHO), approximately 20% of all global maternal deaths, occur in Nigeria. Nigerian men live on average 55 years, while Nigerian women live on average 56 years. The probability of dying between 15 and 60 years among Nigerian males is 327 per 1,000 population, and that for females is 333 per 1,000 population.

According to the United Nations Children’s Fund (UNICEF), “One in every five of the world’s out-of-school children is in Nigeria.” About 10.5 million of Nigeria’s children aged 5-14 years are not in school.

There is hardly any sector in Nigeria that is not ailing. Negative forces, mostly self-inflicted, keep pulling it here and there, and it can’t make any headway. And every independence day anniversary leaves the feeling Nigeria is just starting from day one — but only in negative numbers! More so if Nigeria’s progress is compared to that of Singapore’s that became an independent republic in 1965.

The creation of Nigeria itself, seems an albatross. The amalgamation in 1914, by the British colonialists and independence 46 years after, brought under one roof, people of different ethnic groups, who still view themselves with mutual suspicion.

The fault line led, first to a coup, and then to a civil war, after the Igbo, who no longer felt safe in Nigeria, wanted a separate country, called Biafra. After the war, which lasted almost three years, more than one million people died, mainly from the Igbo side, largely from a policy of food blockade, by the Nigerian government.

Years after, the lessons of that war seem to have gone into one ear — and gone out through the other. Every now and then, the Igbo, who feel left out of the Nigerian political calculus, through a group called the Indigenous People of Biafra (IPOB), call for secession. Even some Yorubas, are already agitating for their own country, which they have named, Oduduwa Republic.

While Nigeria is being ripped in the south by secessionists, it’s being ripped in the north by insurgents. Up till now, Leah Sharibu, who was abducted, and detained, for not renouncing her faith, has not been released. Not to mention the still missing Chibok girls. And, at any moment, the insurgents strike, to remind Nigeria, that they have not been totally, defeated. Not to mention the menace of herdsmen.

Its civil society, that should steer government in the right direction, is weak, and also afflicted, with the “breakup syndrome”. When the Nigerian Labour Congress (NLC), could not agree on certain issues, it broke into two. Recently, the Nigerian Bar Association (NBA), disagreed, it split.

It’s not just its civil societies that are prone to breaking up. Its two major political parties, the All Progressives Congress (APC), and the Peoples Democratic Party (PDP), have at different times split into two, following intraparty disagreements. It’s as if a witch has cast a spell of breakup on Nigeria.

Already, there is preparation for the 2023 elections. It’s usually a period that amplifies our differences, and brings out the worst in us. Why not have a constitution that allows for rotational presidency, to settle contentions? How about a constitutional amendment that jettisons the unitary government, for one that espouses true federalism, as it is done in the United States, where Nigeria copied its presidential democracy? Wait a minute, where is the report of the 2014 National Conference!

It’s an incontrovertible fact that save for seeing the back of our colonial masters, we have not managed our country better than they did. One person once lamented: “When will this independence be over?” Another wanted Nigeria to be recolonized again. Someone else even joked that since Nigeria is now 60, and 60 is the official retirement age, whether Nigeria can be retired, and maybe start afresh.

At 60, it’s time for stocktaking. A country is like a machine, it’s how you operate it that determines how it works. It’s also like GIGO in computer: garbage in, garbage out. We must make up our mind to infuse the right things into Nigeria, to work to get Nigeria to move in the right direction — we must make progress.

But, for there to be progress there must be peace. But without unity there can’t be peace. For Nigeria, it’s a cruel catch-22. It then means that we must endeavour do some fundamental things to now take the other steps.

Until every Nigerian has a sense of belonging to the country, until there is a fair way to share political power, until there is peace and unity, disintegration will continue to glare at it menacingly — behind a facade of celebration.
––Dr. Odoemena, medical practitioner, wrote from Lagos

Quote
At 60, it’s time for stocktaking. A country is like a machine, it’s how you operate it that determines how it works. It’s also like GIGO in computer: garbage in, garbage out 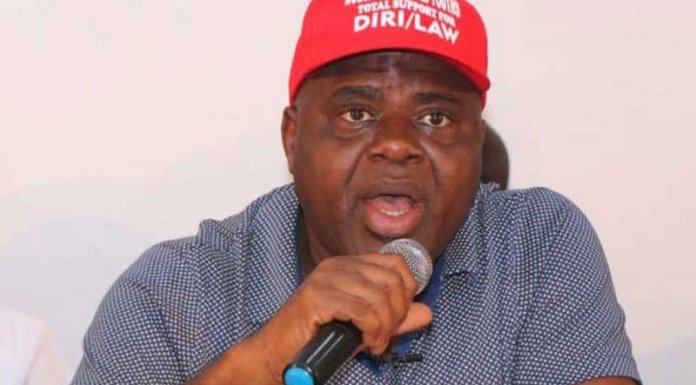