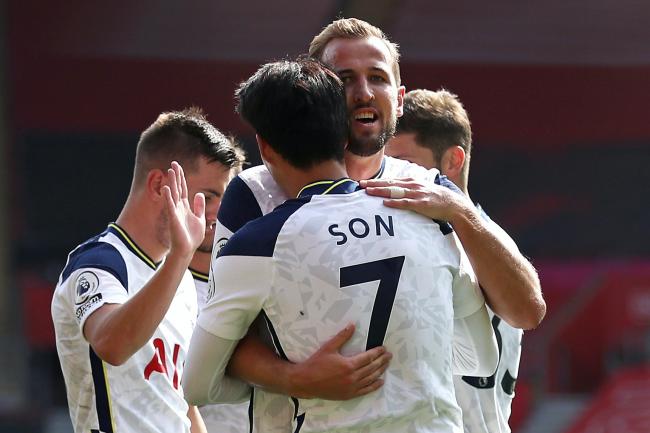 Son Heung-min scored four goals in a stunning display as Tottenham secured their first Premier League win of the season by coming from behind to thrash Southampton.

The South Korea international combined with Harry Kane for all four of his goals as Spurs took control after Danny Ings’ fine finish from a tight angle had given Southampton a first-half lead.

Son’s first came on the stroke of half-time when he raced on to Kane’s pass before driving across Alex McCarthy and into the back of the net.

The pair opened up Southampton again as Spurs took the lead soon after the restart, Kane sending Son through one-on-one and the forward making no mistake.

The hosts struggled to deal with Son’s superbly timed runs behind the defence and he duly got his third, racing on to Kane’s clipped pass before slotting in.

Kane then provided his fourth assist of the day with a brilliant cross for Son, who coolly chipped McCarthy, before Kane got in on the scoring himself when he stabbed in from close range after Erik Lamela’s shot had been pushed on to the post.

Ings converted a penalty in stoppage time but it was scant consolation as Southampton slumped to their third consecutive defeat in all competitions.

This was a much-needed win for Tottenham after a difficult start to the season in which they were beaten by Everton on the opening day before scraping past Bulgarian side Lokomotiv Plovdiv in Europa League qualifying in midweek.

A significant reason for their defeat to the Toffees was their lack of creativity in midfield – with Dele Alli paying the price in that game for a disappointing display by being taken off at half-time.

Elsewhere, Neal Maupay scored twice as Brighton cruised to a comfortable Premier League 3-0 victory over an under par Newcastle at St James’ Park.

It was a superb all-round showing from the Seagulls and the perfect response to losing their opening game to Chelsea.

French forward Maupay was the early beneficiary as Graham Potters’ side took control, scoring twice in the opening seven minutes, with his first goal coming via a penalty after the impressive Tariq Lamptey was tripped by Allan Saint-Maximin.

His second, which was checked by the video assistant referee for offside, was a close-range finish to the bottom left corner at the end of a move down the right involving Lamptey and Leandro Trossard.