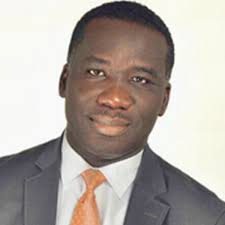 The Chairman of the Kogi State Selection Committee of the federal government’s Special Public Work’s programme, Mr. Afolabi Joseph Raji, has dismissed the allegation that the recruitment process has been hijacked by high-profile politicians and government officials in the state.

Raji disclosed this yesterday while speaking at a town hall meeting with stakeholders in Lokoja Local Government Area (LLGA) of the state.

He explained that the committee would continue to be transparent in its selection process and stressed that no politician or party officials would be allowed to sabotage the good intention of President Muhammadu Buhari in delivering the dividends of democracy to all Nigerians.

The chairman warned that the employment of these Nigerians should not be based on party membership when he handed the forms to the Senior Special Assistant on Security to the Kogi State Governor in LLGA, Mr. Mohammed Dansebe.

Raji stressed that all participants must be resident in the state and must be physically fit to do the job.

He said: “Each local government will be given 700 forms. This is because out of the 1,000 forms, 300 have been allocated on a preferential basis. They are federal, state lawmakers, traditional rulers, Islamic and Christian bodies, persons with disabilities, trade unions, civil society groups and many more.

“This form should not be given to All Progressives Congress (APC) members alone. It should be spread across all party lines. We won’t accept any attempt to make this enrollment a party issue.

“Even though this is a programme of the APC’s government, we have been directed by the federal government that this is for all Nigerians. All parties should be carried along in the selection process. Let me warn, we won’t tolerate any act that negates the good intention of President Buhari.

“There is going to be a monitoring team. Whoever that is not found in his duty post will be removed from the scheme.”

In Riyadh, Buhari Calls on World Leaders to Invest in Policies that Guarantee Global Security