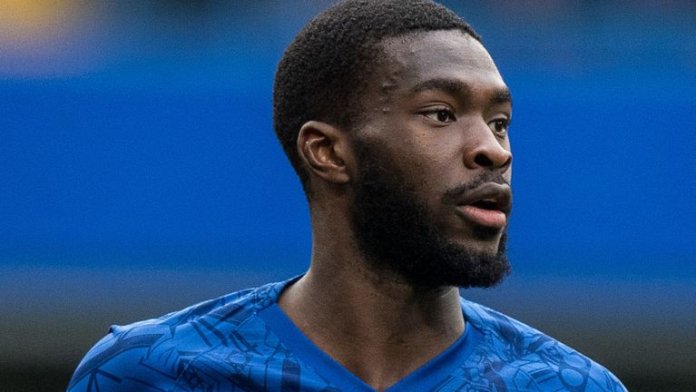 Chelsea and Everton are close to agreeing a deal which would see defender Fikayo Tomori join the Toffees on loan.

Following a stellar campaign under Frank Lampard at Derby during the 2018/19 season, Tomori was handed his fair share of opportunities to impress in a Chelsea shirt last term.

However, after a bright start which included a screamer against Wolves on his Premier League debut, the 22-year-old started to fall down Lampard’s centre-back pecking order after a period of inconsistency around the festive period.

Tomori started just one league game after the new year and failed to make an appearance following the restart in June.

With Thiago Silva joining the club on a free transfer this summer, opportunities are set to be limited for Tomori during the upcoming campaign as Lampard attempts to transform the Blues into potential title challengers.

Thus, the 22-year-old has attracted interest from clubs including Rennes and Newcastle over a potential loan deal, but ESPN understands Everton are leading the race to bring the Chelsea man to Goodison Park on a temporary basis – with talks said to be at an advanced stage.

Lampard regards Tomori as a hugely promising defender and is keen to send the man who made his England debut last November out on loan to gain vital Premier League experience instead of seeing his career stagnate on the Stamford Bridge bench.

The addition of Tomori would be another significant coup for Everton – who confirmed the signings of Real Madrid’s James Rodriguez and Napoli’s Allan this week.

Despite the emergence of Mason Holgate as a supreme ball-playing defender at the heart of the Toffees defence last season, there’s no doubting that centre back is an area Carlo Ancelotti could do with bolstering.

Yerry Mina and Michael Keane have both flattered to deceive ever since their respective moves to Merseyside, although there is hope that 18-year-old Jarrad Branthwaite will evolve into a stellar Premier League centre half after impressing at the back-end of the 2019/20 campaign.