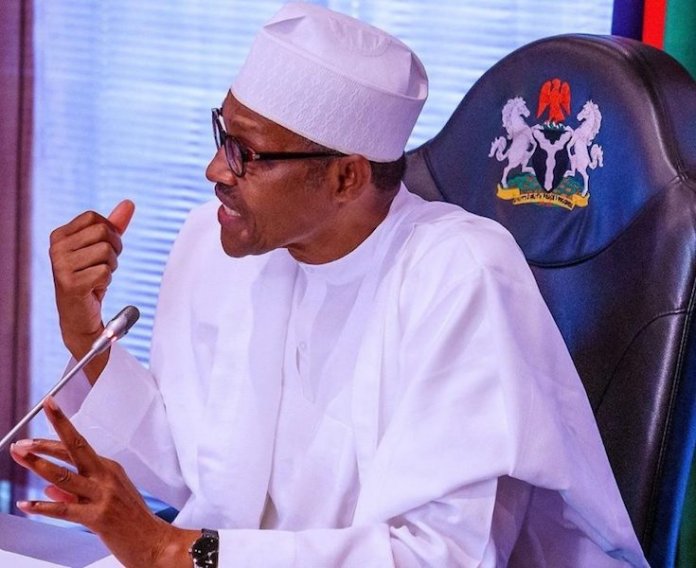 President Muhammadu Buhari yesterday expressed concern about how bitter and unnecessary bickering cost the All Progressives Congress (APC) many governorship and legislative seats in past elections.

He spoke at the State House, Abuja, while inaugurating the Tripartite Consultative Committee of the Executive, Legislature and Leadership of the APC.
Membership of the committee, chaired by Vice President Yemi Osinbajo is drawn from the executive, legislature and the APC.

The president who said the APC has a clear majority of memberships of both the Senate and the House of Representatives, added that the executive-legislative relationship in this tenure has so far been smooth.

However, he said the party was always embattled as a result of frequent acrimony, which he said often cost APC elective offices.
The president spoke against the backdrop of intra-party squabbles in some state chapters of the party, which have led to its loss of both executive and legislative seats to the opposition Peoples Democratic Party (PDP) in Zamfara and Rivers States.

Besides, the party’s is facing a tough challenge in retaining Edo and Ondo States in the forthcoming governorship elections due to a war of attrition among its members.

In Edo State, the face-off between the state Governor, Mr. Godwin Obaseki, and his predecessor, Mr. Adams Oshiomhole, led to the factionalisation of the party and the crisis in the state House of Assembly leading to the non-inauguration of 12 lawmakers-elect loyal to Oshiomhole, until their “inauguration” some weeks ago.

The crisis also forced the governor, along with his supporters, including top party members, to defect to PDP after APC disqualified him from the race for its ticket. Obaseki is running on PDP’s ticket in the election.

However, the president said yesterday that the essence of inaugurating the committee was to ensure that such unhealthy relationships in the party were averted.

He said: “Our party commands a clear majority in the Senate and the House of Representatives. The vice president, the distinguished Senate President, the Rt. Hon. Speaker and I, all belong to APC and working relationship between the executive and the legislature has been excellent so far.

“Our joint responsibility is to keep things that way and see where we can improve our communication and coordination.
“But we must admit to ourselves that our party has been too often embroiled in bitter, and on occasions, totally unnecessary squabbles, causing us seats in the legislative and gubernatorial elections.

“This never should have happened. We are here to make sure such occurrences never happen again.
“We must now ensure regular consultations between the party and government,” he stated.

Buhari who described himself as a firm believer in the principle of separation of powers, said notwithstanding, checks and balances could be applied without exhibiting rivalry and bitterness.

“I am a firm believer in the doctrine of separation of powers, which is fundamental to our constitutional democracy, but our practice should be harmonious checks and balances, devoid of bitterness and petty rivalry,” he added.

The president said he would be awaiting feedback from the committee, adding that its success will add value to the government.
He expressed faith in the committee as a platform with the capacity to improve governance and move the party forward.

“Your Excellencies, Distinguished Senate President, Rt. Hon. Speaker, distinguished ladies and gentlemen, I am placing great faith in this consultative committee to help improve our governance and achievements to the people of Nigeria.

“I expect regular feedback on your activities and I am as always ready to lead and find solutions.

“With these remarks, I formally inaugurate the consultative committee. Your success will directly enhance the success of this administration and greatly improve the conditions of our people,” he added.

Also on the committee are the Secretary to the Government of the Federation (SGF), Mr. Boss Mustapha; Chief of Staff to the President, Prof. Ibrahim Gambari; the Attorney- General of the Federation (AGF) and Minister of Justice, Abubakar Malami; and Secretary of the APC’s Caretaker Committee, Senator Akpan Udoedehe.

He said: “Today is a historic day for us as an administration. The essence of this consultative forum is for governance to be enhanced.

“The legislature, the executive arm of government and of course, the party in power have seen the need to bring everybody on board so that we are able to consult widely before major issues are tabled before the citizens of this country.

“Specifically, what we intend to achieve is to improve the quality of governance and service delivery to Nigerians. We have promised Nigerians and Nigerians voted for the All Progressives Congress at all levels.

“So, it is incumbent upon us at all levels and as a party, to ensure we meet the expectations and aspirations of Nigerians. Just like Mr. President expressed, we believe that the constitution rightly provides for the separation of powers and we believe in that.
“The legislature will always on its own ensure we oversight and we check possible excesses of the executive arm of government.”

He commended the Peoples Democratic Party’s (PDP) caucus in the National Assembly, saying, “we have so far enjoyed support and cooperation and partnership of our colleagues from other political parties, particularly the PDP, and we commend them for that.”

Gbajabiamila also said inaugurating the committee had become compelling because the ruling party, despite having its members in different arms of government, could not afford to speak with discordant tunes.

He echoed Lawan that a healthy relationship could be forged between the executive and the legislature without compromising their constitutional responsibilities.
“You cannot be in government and not speak with one voice, that’s discordant tunes.

“There have been a lot of issues. Moving forward, there will be wrinkles in a democracy. There will be a tug of war here and there, especially when you have opposition and when you are in a constitutional democracy and so, we have to ensure as a party that we speak with one voice without sacrificing constitutional responsibilities, principles of checks and balances and separation of powers.

“They can go side-by-side and still operate in a harmonious relationship.
“It does not mean that because you have separation of powers and checks and balances, therefore there must always be discordant tunes; no, those two can go hand in hand. You don’t have to sacrifice one on the altar of the other,” Gbajabiamila said.

Mustapha, on his part, said the Buhari administration had laid another foundation to advance democracy and governance by the move.
“Like it has been rightly observed by the Senate president, that a consultative forum has been inaugurated today does not mean the legislature is going to be compromised or in any way impact negatively on the activities of the executive.

‘The essence, essentially, is to create a synergy between the party, which is the platform on which we were elected and the mandate of the party, which we are exercising.
“It is expected that at the end of the tenure of this administration, we will account to the people of Nigeria as to the mandate that they willingly and overwhelmingly entrusted in our hands in securing victory at the presidency, senatorial and the legislative elections.

“So, I believe today is another milestone that we will evolve the act of governance in a collaborative manner,” Mustapha added.

The APC said the constitution and inauguration of the committee would ensure good governance and accelerated the implementation of the Next Level agenda.
It added that it would also fast-track the nine people-focused priority areas that this administration is focusing on.

The Deputy National Publicity Secretary of the party, Mr. Yekini Nabena, in a statement issued yesterday, said Nigerians were the ultimate beneficiaries as this would translate to the delivery of dividends of democracy and fast-track the implementation of the administration’s policies and programmes that would positively and directly improve the lot of citizens.

“With the constitution of the consultative committee, all hands are on deck to ensure the achievement of the administration’s drive to among others, improve access to quality education, affordable healthcare, building a thriving and sustainable economy, creating jobs, enhancing social inclusion and poverty reduction, diversifying the economy, expanding and improving critical infrastructure, fighting corruption, improving governance, ensuring social cohesion and security for all, among others.

“The calibre of deserving personalities chosen as members of the consultative committee speaks to the seriousness of the president in ensuring synergy, cooperation and functional relations between the executive, legislature and the APC and the governing party,” APC explained. 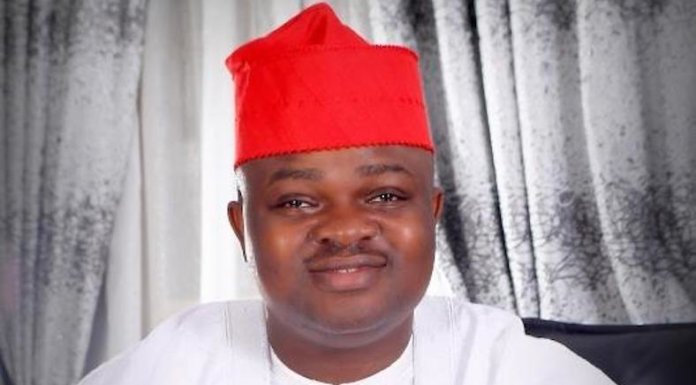