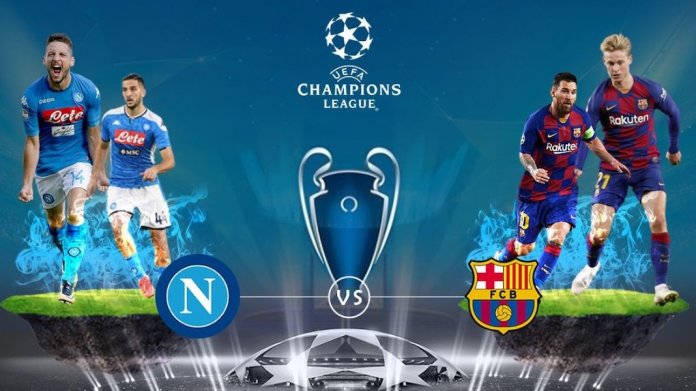 Bacelona will welcome Napoli to Camp Nou tonight for the second leg of their last-16 clash in the Champions League. The tie is delicately poised following a 1-1 draw in the first leg back in February, and the winner will advance to Lisbon for a knockout tournament to determine the winner of this season’s Champions.

Barca should be fired-up for today’s contest as they look to move on from the disappointment of the 2019-20 La Liga campaign, where they relinquished control of the La Liga title to bitter rivals Real Madrid.

The Catalan giants have had their problems this season but must still be taken extremely seriously in this competition, which resumes on Friday night following the coronavirus outbreak.

The Spanish outfit picked up a positive result in the first leg in Italy, with Antoine Griezman levelling the scores in the second period after Dries Mertens had sent Napoli into a first-half lead.

Barca are actually unbeaten in their last 35 Champions League matches on home soil, while they have not lost in any of their last 15 home fixtures against Italian opposition, picking up 12 victories in the process.

Five-time European champions, the team’s last success in this competition came back in 2015, and they were incredibly eliminated by Liverpool in the semi-finals of last season’s tournament despite running out 3-0 winners in the first leg of their last-four tie with the Merseyside giants
Napoli also disappointed in their domestic league during the 2019-20 campaign, only finishing seventh in Serie A, some 16 points behind fourth-placed Lazio.

Gennaro Gattuso’s side did beat Lazio 3-1 in their last league game of the season on August 1, though, and they could be sharper than Barca for this match, having only just finished their domestic campaign.

Napoli have actually never been past this stage of the Champions League, losing to Chelsea and Real Madrid in their last two last-16 ties. What’s more, the Italian side have only won seven of their last 21 matches in this competition and have lost their last four two-legged ties against Spanish opposition.

Defeats on their last three visits to Spain, coupled with an overall away record of two wins and five defeats to La Liga opposition, means that the Italian outfit are the underdogs heading into today’s contest.

They are yet to lose in this season’s Champions League, though, and impressively overcame the reigning champions Liverpool at home in the group stages of the competition before claiming a point at Anfield.

Meanwhile, Chelsea travel to Bayern Munich for the second leg of their Champions League last-16 tie this evening, trailing 3-0 from February’s first leg.

A lot has happened in the six months since the sides last met, but Bayern remain the overwhelming favourites to advance to the quarter-finals, where Napoli or Barcelona await.

Bayern produced a hugely impressive display at Stamford Bridge and all but got the job done inside 90 minutes thanks to Serge Gnabry’s brace and one from Robert Lewandoski.

In the entire history of the European Cup and Champions League, no team has ever won by three or more goals in the first leg of a knockout match away from home and failed to progress, going through on all 92 previous occasions.

That stat alone tells you the magnitude of the task Chelsea face, and they do not exactly enter the match full of confidence after losing last weekend’s FA Cup final to Arsenal.

This season will still be reflected on as a positive one for Frank Lampard in his debut campaign in charge, though, having succeeded in guiding the club into the top four of the Premier League despite operating under a transfer ban.
In the Champions League, the West London outfit just advanced through a tricky group that also contained Valencia, Lille and Ajax.

Being paired with Bayern in the first knockout round brought back good memories for Chelsea fans when the draw was made way back in December, with a repeat of the 2012 final which they won.

In the first competitive meeting between the sides since that day, however, it proved to be a nightmare for Lampard as Bayern produced a classy display to run away with the first leg.

Bayern will no doubt have one eye on next week’s quarter-final with Barcelona or Napoli.

Bayern’s most recent game was the DFB-Pokal final against Bayer Leverkusen on July 4 – Lewandowski taking his season’s tally to 52 goals with another brace in Berlin as Bayern ran out 4-2 winners.

Flick’s men also wrapped up the Bundesliga title with time to spare – something not many would have predicted last December – seeing out the domestic campaign with 16 successive wins.

The Bayern boss has made a huge impact since succeeding Niko Kovac and is looking to become only the third manager in Champions League history to win his first five matches in charge, after Fabio Capello and Luiz Fernandez.

On the basis of the first leg and their form since then, the German champions may just be favourites to go all the way in this year’s tournament to make it a famous treble.