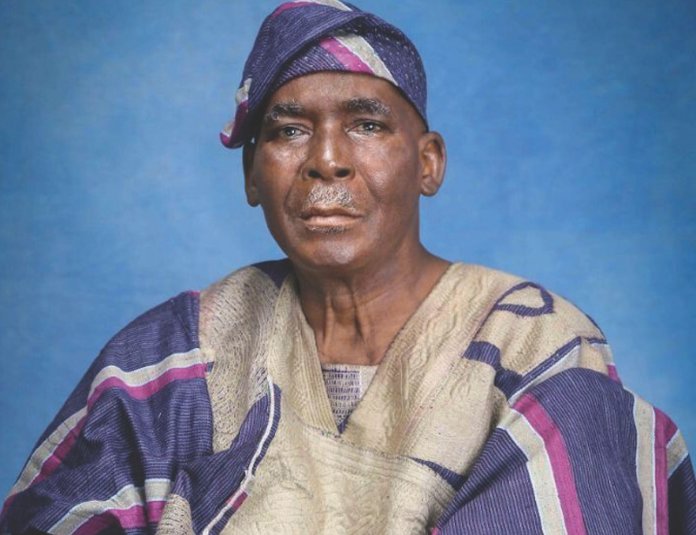 Commencing his education at St Paul’s School Breadfruit Davies Street Lagos between 1949 and 1956. He thereafter proceeded to Molusi College ljebu lgbo between 1957 and 1961.

Between finishing school in 1961 and October 1963, he was employed at the Federal Ministry of Communications, first at Nigerian External Telecommunications Limited (NET) and subsequently at Post and Telegraph Headquarters (P&T) in Lagos. With a burning desire to serve his fatherland, he him chose a career in the military.

He was given admission to Nigerian Defence Academy (NDA) as a pioneer officer cadet of Regular Course 1. Simultaneously, he was also was selected to join the Nigerian Air Force as a pioneer officer cadet. He attended the Officer Cadet Military Training Course between 1963 and 1964 at the Nigerian material accounting and Air Force Military Training School. He served as a logistics officer at the Nigerian Air Force Base Kaduna until he went abroad for the Supply Officers Specialist Management and Logistics Course at Nach Schub Schule Der Luftwaffe Erding, Germany where he obtained a Diploma.

On returning from Germany in 1966, he was employed at the Nigerian Civil Aviation Training Centre (now Nigerian College of Aviation Technology) Zaria as the Superintendent of Stores. He was granted a direct commission to the Nigerian Army in June 1968 in the rank of Full Lieutenant. His regiment was the Ordnance Corps. He fought gallantly alongside other officers and men during the Nigerian Civil War at various stations including Abak, lkom, Calabar, Owerri, and Port Harcourt. He was the Commanding Officer of 3rd Marine Commando Ordnance Field Park and Depot.

After the war, he attended many other courses in financial and material accounting and obtained an Advanced Diploma in Purchasing and Supply management from the Commonwealth and Foreign Officers Ordnance School Blackdown Camberley Surrey England. He is an Associate member of the Royal Chartered Institute of Purchasing and Supply Management of England.

When he returned to Nigeria, he served at the Nigerian Army Central Ordnance Deport Yaba and retired in December 1975 as the Commandant of the Nigerian Army Ordnance Technical Training School Ojo Cantonment, Ojo, Lagos. For courage and gallantry in the service of his nation, he has been variously decorated with the Republic Medal, Defence Service Medal, National Service Medal and General Service Medals of the Federal Republic of Nigeria.

Upon retirement, he channeled his energies towards human capacity development, prevention of blindness and rehabilitation of the adolescent blind, as well as support for cancer patients and survivors. Equally into other business interests including real estate and the establishment of Kendam Limited, a toy and educational aids supply company.

He enjoys sporting activities and has variously been a member of the Lagos State University sports Council, Lagos State Sports council, and Chairman of Lagos State Amateur Cycling and Athletics Associations respectively. He is a quiet socialite and is an active member of Island Club, lkoyi Club 1938 and Eko Club where he was honored with the Commander of the House of Blessings (CHB) for outstanding contribution to the development of the club and humanity. He is widely travelled and an avid art, coin and stamp collector.

Kehinde Danmole believes that life is not worth living if you cannot lend a helping hand. As such, he is involved in various philanthropic activities. He is an active Rotarian, Rotarian Past President and a Paul Harris Fellow. He is also an awardee of the Rotary Foundation of Rotary International. He was a member of the Lagos State Expanded Programme on immunization and Chairman of Lagos PolioPlus Campaign. He is a patron of the Boys Scout Movement of Nigeria, Aguda and Trustee of Deaf & Bind Association of Nigeria. He has served as a member of the Board of Governors of the Atunda Olu School for Physically challenged children and Wesley School for Deaf and Dumb Children.

He is currently a trustee of the Vivian Fowler Trust Foundation for University Education, the Vice Chairman of the Executive Council of the Nigeria Society for the Blind and Chairman of Kehinde Danmole Foundation, an endowment which he founded and devotes his retirement years to.