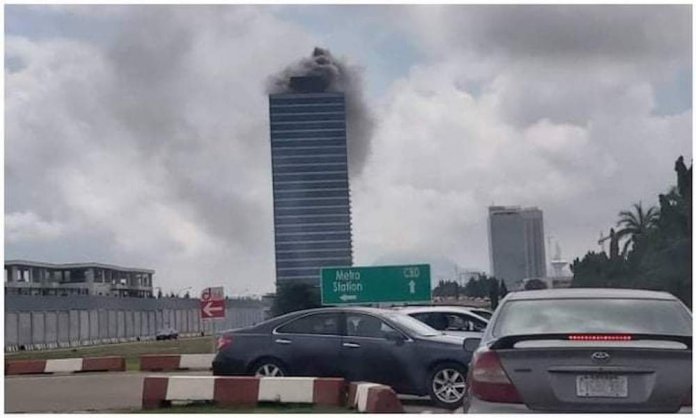 A section of the World Trade Centre, the tallest building in Abuja, has been gutted by fire .

The fire on the topmost floor prompted the deployment of federal and FCT firefighters to the scene.

Other first responders were also observed at the scene.

Traffic was also heavy on the Constitution Road, which connects the Central Business District to the International Airport Road, as a result of the inferno.

Plume of smoke from the burning skyscraper could also be seen over the city.
The World Trade Centre was constructed in 2011. It has 24 floors.

editor - September 26, 2020 3:40 am
0
PENDULUM BY DELE MOMODU  Fellow Nigerians, please, let me warn that I'm not writing the usual political epistle today. I'm dedicating my column to my...