The Katsina State Coalition of Civil Society Organisations (CSOs) has urged the State House of Assembly to, as a matter of urgency, investigate the alleged misappropriation of N52.6 billion security vote by Governor Aminu Bello Masari.

The CSOs, in a letter addressed to the Speaker of the Assembly by its Chairman, Muhammad Ruwangodiya and made available to journalists Friday, admonished the lawmakers to carry out independent investigation to ascertain the authenticity of the allegation.

He said the whooping sum was alleged to have been shared with top government officials, security agencies and traditional rulers for the settlement of bandits and their leaders during the first and second peace accord in the state.

The Kaduna-based businessman said despite the prevailing insecurity bedeviling the state, the Masari-led government expended millions of naira on frivolities, asking him to resign and sack the Secretary to the State Government (SSG), Dr. Mustapha Inuwa.

But Inuwa while responding to Shehu’s allegations at a press conference in Katsina, debunked it, saying that the state government had only received N6,400,000,000.00 as security votes in the last five years.

The SSG, who described the allegation as baseless, said monies spent since inception of the Governor Aminu Masari-led administration were duly accounted for and that credible documents were available for interested persons.

The chairman of the CSOs in the letter, said: “The Assembly should invite the two parties ( Alhaji Mahdi Shehu and Katsina State Government) to present their facts for and against the allegations.

“The Assembly should also carry out independent investigation to verify the authenticity of the facts presented by each party and make public, the findings of the House for the people of Katsina state to know the true matter of the issue” 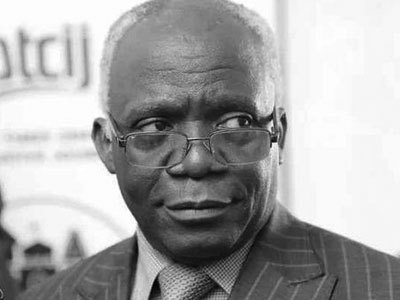 UK Calls off Return to Sport Events in October

The Law and Economics of Electricity and Petroleum Prices Increase