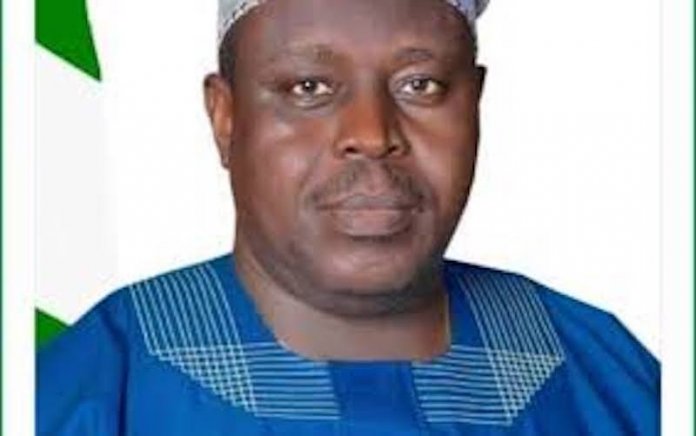 Ondo State Governor, Mr. Oluwarotimi Akeredolu, yesterday named Mr. Tayo Oluwatuyi as the new Secretary to the State Government (SSG) to replace Mr. Ifedayo Abegunde who resigned from his appointment.
Also, barely a week after he announced that he tested positive for COVID-19, Akeredolu yesterday said he had tested negative for the virus.

Abegunde was rumoured to be working with the state Deputy Governor, Mr. Agboola Ajayi, on how to realise his governorship ambition on the platform of the Peoples Democratic Party (PDP).
Abegunde had confirmed the news of his resignation in a telephone interview yesterday.

“Yes it is true, I have resigned my appointment as Ondo State SSG this morning; it is true my brother,” he said.
He said he would, within the next 24 hours, announce his political plan.

However, shortly after Abegunde’s resignation was made public, the governor announced Oluwatuyi as his replacement.
Oluwatuyi was until his elevation the Commissioner for Natural Resources.
Similarly, Akeredolu has also nominated Mr. Idowu Otetubi, who is also an indigene of Akure South Local Government Area as a commissioner.

Otetubi, a chartered accountant and politician, is a former factional Chairman of the All Progressives Congress (APC) in the state.
Akeredolu also yesterday said he had tested negative for COVID-19, barely one week after he tested positive.
The governor announced his status while addressing the people at a weekly briefing on the COVID-19 and other matters in the state.

Akeredolu, who went through home management while in isolation, said for some days, his samples were taken and tested again in accordance with the treatment protocols of COVID-19 and the results came in negative.
Akeredolu said: “Those days in isolation were defining period for me. They convinced me further of the right track we have chosen to mobilise our people against the deadly pandemic.

“One lesson, which ought to be clear to all of us with the recent events, is that COVID-19 is real.
“It is also a resounding message that it is deadly, willing and able to wreak the greatest havoc on individuals and families, indeed our entire society, if permitted.”

Akeredolu said as a mark of honour for the late Commissioner for Health, Dr. Wahab Adegbenro, who until his death was the Chairman of the State Inter-ministerial Committee on COVID-19, he had not appointed a new commissioner for the health ministry.

According to him, he only appointed the Special Adviser on Health, Dr. Jibayo Adeyeye, to supervise the ministry until further notice.
Akeredolu appealed to the people to take the fight against COVID-19 seriously.

Lamenting the increasing number of infected persons in the state, Akeredolu said the Infectious Disease Hospital in Akure had been stretched to the limits.
Akeredolu said before Adegbenro died, a total of 20 people had lost their lives to the virus while over 472 had tested positive and 113 others discharged.