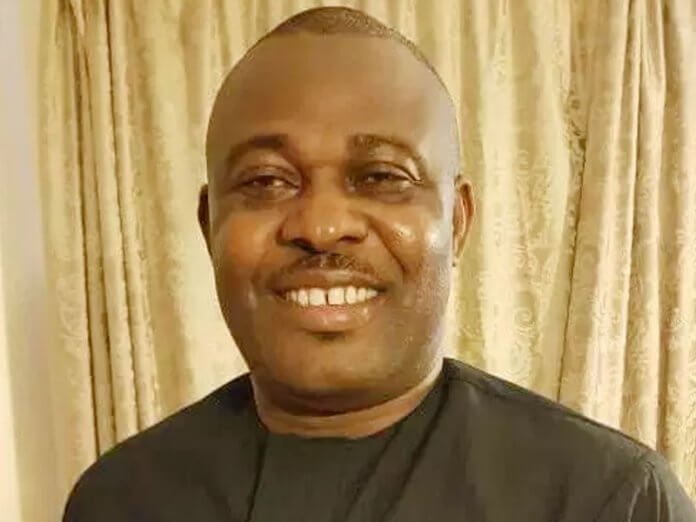 The immediate-past Deputy Governor of Imo State, Gerald Irona, has dared the state Governor, Hope Uzodimma, that he is ready for probe over any of his actions while in office as the number two citizen of the state.

The former deputy governor made this known while reacting to a call by one of the factions of the National Union of Local Government Employees (NULGE) in the state, demanding his arrest and prosecution.

Irona’s position was made known in a statement signed by his Communications Adviser, Dr. Walter Duru, and made available to THISDAY in Owerri.

According to the statement, “Our attention has been drawn to a sponsored press briefing by a faction of the NULGE in the state, calling for the arrest and prosecution of the immediate-past Deputy Governor of the state, Gerald Irona.

“Shortly after the call, former member of the House of Representatives and Special Adviser to Governor Uzodinma on Oil and Gas, Hon. Goodluck Opiah, added his voice to the matter.

“We are not in doubt as to the sponsors of the blackmail against Irona. The fact that NULGE, whose members-local government employees in the state have not been paid several months of their salary arrears-refused to say a word in solidarity with their suffering members, some of whom are dying of hunger and different ailments, and this leaves much to be desired.

“It is also shameful that they have not seen anything wrong with the fact that five months into the present administration in the state, the Board of Imo State Oil Producing Areas Development Commission (ISOPADEC) is yet to be reconstituted. Six months of the commission’s statutory allocation, as at today, amounting to billions of naira cannot be accounted for.

“Millions of naira disappeared from the commission’s account with the United Bank for Africa and other commercial banks. N114milion counterpart fund paid by Waltersmith Petroleum, as part of its commitment to the Awarra Court Area electrification project in Ohaji/Egbema Local Government Area of the state, has also disappeared from the UBA account.

“Staff members of ISOPADEC are presently being owed about four months’ salary arrears and other entitlements. No one, including Opiah and others who claim to be stakeholders, has said a word. Irona, who staked his neck to ensure that ISOPADEC was sanitised with the approval of his boss, Governor Emeka Ihedioha, is the one they want to vilify. While he was deputy governor, he supervised the activities of ISOPADEC leadership. Staff were paid as and when due; ISOPADEC funds were used in working for the people. Today, Imo people can see the difference. Who can account for ISOPADEC funds at the moment?”

The statement added: “By the way, it is insulting to reduce the former deputy governor of the state, Irona, to mere head of a state parastatal in an attempt to score a cheap political goal. Let it be on record that Irona was not the head of ISOPADEC between May 29, 2019 and January 14, 2020, while he was deputy governor of the state. Those describing him as such are simply being mischievous. While Ihedioha was at the helms of affairs in the state, civil/public servants were never owed. Today, the story is different. Imo people are not fools.”

It said: “NULGE should rediscover itself and concentrate on its primary role of championing the cause, welfare and interest of all workers employed in local government areas, instead of doing hatchet jobs for politicians. Presently, local government employees in Imo State are suffering, as they have not been paid for months. The fate of pensioners at the local government level is hanging in the balance, just like their state counterparts, with street protests becoming a daily occurrence. Many have died of starvation and sicknesses as a result of lack of funds. Those should be the primary concern of NULGE and not politics.”