The House of Representatives has again condemned in strong terms the act of rape and all other gender-based violence in the country over the past months, urging the federal government to immediately set up special courts for the offence of rape, sexual and gender-based violence.

The House also urged the federal government through its relevant regulatory agencies to set up accelerated court hearing mechanism and prosecution for rape, sexual and gender-based violence (SGBV) cases in court.

It mandated its Committees on Women Affairs and Social Development, Federal Judiciary and Human Rights to liaise with relevant government’s regulatory agencies and ensure compliance with the appropriate resolution of the House and report to it within two weeks.

The resolutions followed the adoption of a motion of urgent public importance, titled: ”A call on the federal government to immediately set up sex offenders and gender violation special court to enhance speedy trial for the perpetrators of the offence’ sponsored by Hon. Unyime Idem.

Moving the motion, Idem noted that the public outrage on account of rape and other violent crimes against women and girls leading to the death of some of the victims had reached a horrifying and scary proportion in recent times and is alarming.

The lawmaker, who described the act of rape and all other gender-based violence
as barbaric, inhuman and despotic, said offenders who indulge in such heinous crimes should be served stricter sanctions legally and be dealt with accordingly.

He said the federal government should without delay launch a national campaign against rape and gender-based violence, which should include advocacy, public sensitization and social mobilization.

He also stated that the accelerated hearing of such cases will mean faster conclusion and convictions of those alleged to have committed these offences, and the country will be safer because of the implementation and enforcement.

He further opined that whilst the culprits are kept in correctional facilities after conviction, those harbouring the intention to commit the atrocities will be discouraged.

”If these cases are concluded within months or even weeks with strong evidence to back up the conviction, it will have a massive effect on those who are nursing the intention to commit similar crimes. They will fear and understand that the risks involved far outweighs the crime. If the system works fast and well, our society will not be the same again.

“Also, a uniform legal framework to ensure stringent punishments against rape menace in the society decried the effect of rape on the victims, especially women and the girl-child in the society to justify the basis for a review of existing laws in line with the current realities.
Note that the unalloyed support for death and capital punishment for the rapists whose victims mostly included babies, younger women and older women often used for ritual purposes led to long-lasting psychological and physical trauma,” Idem said.

He added that rape cases, if not addressed, could lead to the society heading for doom, adding that the disturbing cases should be condemned by all and sundry.

editor - August 3, 2020 3:58 am
13
BY MAGNUS ONYIBE The bitter and sweet policies of gradually abolishing fuel subsidy regime and guided floating of the naira might have taken a long... 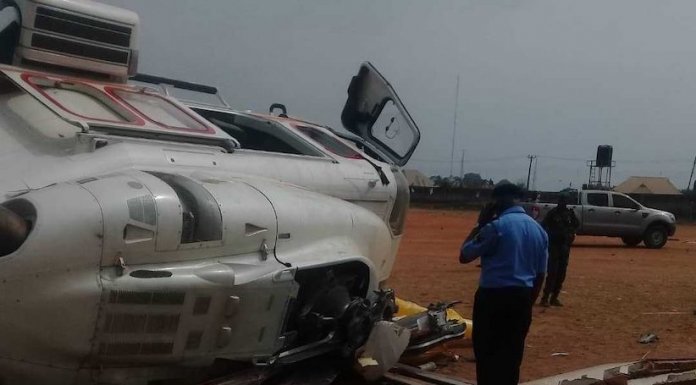 APC kicks as Wike Says Obaseki Has No Opponent