President Muhammadu Buhari; National Leader of All Progressives Congress (APC), Senator Bola Tinubu; and the APC yesterday mourned a former member of the National Working Committee of the party, Alhaji Inuwa Abdulkadir, who served as the party’s Vice Chairman, North-west.

Special Adviser to the President on Media and Publicity, Mr. Femi Adesina, said Buhari condoled with family members, friends and political associates of the deceased politician.

The president said the former Minister of Sports and Youth Development played a prominent role in the creation and sustenance of the party.

“The President believes Alhaji Abdulkadir’s humility, maturity and penchant for facilitating reconciliation among members will be sorely missed at a time the APC is rebuilding and repositioning to deliver on its promises, urging members to always remember and project same legacies of putting the country first”.

In a statement issued by his media office, Tinubu said he was deeply saddened by the news of the death of Abdulkadir.

The former Lagos State governor said Abdulkadir was a prominent legal luminary, who served his Sokoto State, Nigeria and the legal profession to the best of his abilities.

“He was a friend and associate who contributed to the political merger that led to the creation of APC and the progress and development of the party. He was also a grassroots politician,” Tinubu said.

APC has also expressed sadness over the death of Abdulkadir, who died yesterday at the age of 55 years from Covid-19-related complications.

The Deputy National Publicity Secretary of the party, Mr. Yekinni Nabena, in a statement said until his death, Abdulkadir was also the Chairman, Governing Board of the National Agency for Food and Drug Administration and Control (NAFDAC) and Chairman, Governing Council of Sokoto State University.

The party said he was once Attorney General of Sokoto State and Minister of Youth and Sports Development.

“The APC has lost a grassroots politician, true progressive and distinguished personality who served the party and country meritoriously and at the highest level. In grief, we urge all to remember and be comforted by the positive impact and indelible strides the late Alh. Inuwa Abdulkadir left during his time on earth.”

Meanwhile, the remains of the former minister of sports were laid to rest yesterday in his private residence at Gawon Nama, Sokoto.

He was survived by two wives and many children. 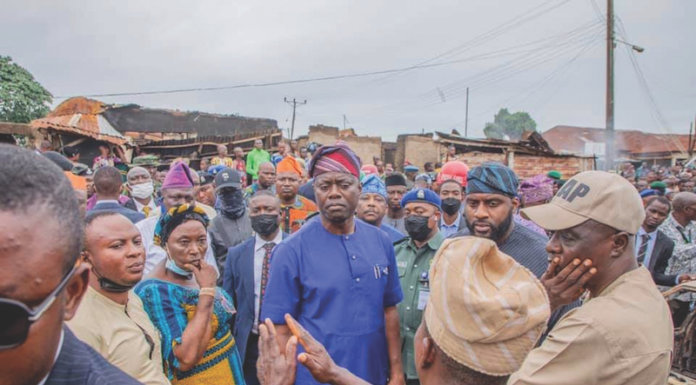