The governors of the 36 states of the federation have rejected the move by the Nigeria Union of Local Government Employees (NULGE) to be joined in a suit regarding the state governments’ battle against Nigerian Financial Intelligence Unit’s (NFIU) regulation on local governments’ financial autonomy.

NFIU had in its regulations, which came to effect on June 1, 2019, abolished the states’ local governments’ joint accounts through which governors exercised absolute control over LG funds in the country.

The regulation officially referred to as ‘NFIU Enforcement and Guidelines to Reduce Crime Vulnerabilities Created by Cash Withdrawal from Local Government Funds throughout Nigeria Effective June 1, 2019’ seeks to ensure that funds meant for the local governments are paid directly to them.

However, the Nigeria Governors’ Forum (NGF) had on May 27, 201, prior to the date of commencement of the regulations, instituted suit marked FHC/ABJ/CS/593/2019, before the Federal High Court in Abuja asking for an order to invalidate the regulations for being unconstitutional, null and void.

The plaintiffs, through their lead counsel, Mr. Lateef Fagbemi (SAN), also urged the court to declare that by virtue of sections 4(7), 7(6)(a) and (b), 162(6) and 162(7) and (8) of the Nigerian Constitution, “the state governments are not subject to control or directive of the Nigerian Financial Intelligence Unit or body on the terms and manner of operation of State Joint Local Government Account other than by a law passed by the states’ House of Assembly”.

The Attorney-General of the Federation and the NFIU are joined as defendants in the suit.

NULGE, which intends to oppose the governors’ suit, on October 16, 2019 filed an application seeking to be joined as the third defendant in the suit

When the case resumed yesterday, Justice Inyang Ekwo, granted the governors’ request to extend the time within which they could file their objection to NULGE’s application for joinder.

NULGE’s lawyer, H.T Soremi, did not oppose the request for time extension.

Justice Ekwo adjourned hearing of the application for joinder and other pending applications till July 21. 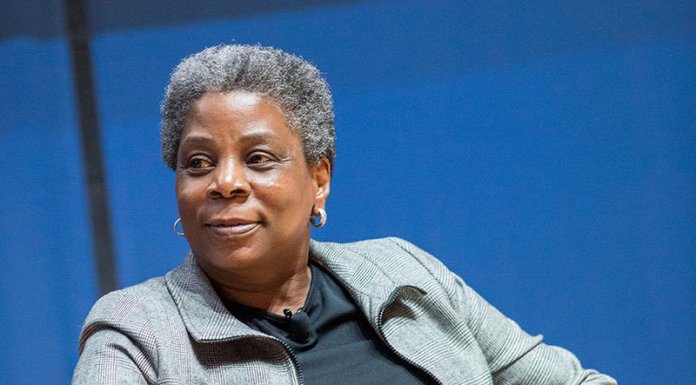 IHS Appoints Burns to its Board of Directors

Nimi Ekere: At the Forefront of Addressing Child Sexual Abuse in Nigeria