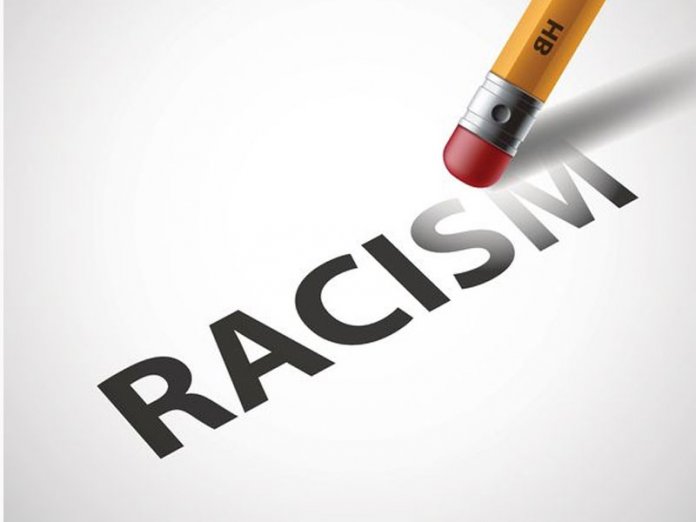 Recently, I was moved with almost righteous anger, after seeing a tweet by Rupert Murdoch, claiming, inaccurately, that ancient Egyptians were White. Why was I so moved? Because I too had once been fooled by this fallacious alternative history propagated by Hollywood, the media and other centres of subliminal white power projection.

It is this type of deep-seated institutional racism, and arrogant ignorance from the likes of billionaire US media mogul, Rupert Murdoch, coming from his deep reptilian brain, that drives #BlackLivesMatter.

Elementary research proves that ancient Egyptians were BLACK. The Sphinx is a statue of a Black man. I have been there. It is unarguable. It is history you cannot ignore. The Sphinx is not White.

Moses (who Murdoch cast as a White man in his movie), was a brown-skinned Semitic man who was married to a Black skinned African woman (Numbers 12:1). One of the Black Kings, Tirhakah, is even mentioned in Scripture in 2 Kings 19:9 and Isaiah 37:9.

Even more tellingly, ancient Egyptians were described as Sons of Ham (Ham is the father of the Black Race) in Psalm 78:51. And this ignoramus called Murdock controls the world’s media. Imagine how he has been manipulating the world with his lies!
It is not a big surprise, however. Many of these men do not believe Scripture. And where they do, they, by and large, cherry-pick what to believe, like The Curse of Ham by his father, Noah, after he (Ham), saw his father’s nakedness.

People like Rupert Murdoch can only be put in their places if we Africans know the truth, for as Christ famously said, “you shall know the truth and the truth shall set you free”. If Africans refuse to research their history, we should not complain when others try to steal our history.

Like I said about the Sphinx in Egypt, it is the face of a Black man. Do you think that Arabs or White Egyptians built a statue of a Black man? Or course not!

The Pharaohs of Egypt were Black. One of these Black Pharaohs, Tirhakah, is even mentioned in Scripture in 2 Kings 19:9 and Isaiah 37:9. I have seen his statues. They are in Egypt today.

The name Egypt is even wrong. If you read Scripture in English, you read the word Egypt. Are you aware that the word Egypt does not feature in the original Hebrew Old Testament? The Old Testament uses the word Mitzrayim, which means straight or narrow place. The place called Egypt was part of Nubia. The name Nubian comes from Nubu, which means gold. Read Genesis 2:11, and you will understand the significance!

It is high time we started making #BlackLivesMatter in history, or idiots, like the subtle racist Rupert Murdoch, will steal it and appropriate for their race.

Now I am not a racist. The vast majority of White people are not racists. And even amongst racists, many are made so by institutionalised inaccuracies. However, I will not sit idly by while my history is stolen from me.
Africans must Blackwash their history that has been Whitewashed for too long!

Mungo Park did NOT discover the River Niger. We must stop teaching that rubbish in our schools. I was taught it in school by Black Nigerian teachers who should know better. You can’t discover a river that people were already living in and fishing in and swimming in. If Mungo Park discovered the River Niger, then what do we say about the Black man who showed him where it is?

#BlackLivesMatter must start from our history. We must stop teaching African kids that Mungo Park discovered River Niger, or that John Speke found the source of the Nile or that Richard Lander discovered River Benue. These are historical fallacies!

You can just imagine that Africa’s education system teaches the lie that Mungo Park discovered River Niger, but not the truth that the largest Earth structure ever constructed in history was in modern-day Benin. Our education system is racist against ourselves!
The great Benin Wall was not just the most massive human-made Earth structure ever built, it was four times longer than the so-called Great Wall of China. Yet, Africa’s education system teaches Africans about China’s wall, but not Benin’s walls!
We program our kids from youth to see themselves as inferior to Westerners by teaching them:

A for Apple instead of A for Akara

B for Ball instead of B for Boli

C for Cake instead of C for Cedi

We must Africanise Africa’s Europeanised education system.
Africa’s education system teaches Africans about the great maritime nations of Europe. However, we don’t teach that the second oldest boat known to man, the Dufuna Canoe, was found in Nigeria. It is 8000 years old. Eight thousand years ago Europeans had no boating!
Sadly, too many Africans can tell you the names of every player, coach and official of the English Premier League. But ask that same man about his history, and he knows ZILCH. Civilisation began in Africa. That is worth knowing than any EPL information!

I have travelled to EVERY part of Africa. Sadly, what I discovered is that almost all African towns have a brothel, a football viewing centre (for viewing European soccer) and sports betting agents (pool). But few, very few, ever have a library!

Sadly, if you commit a crime in Africa and everyone is looking for you, the best place to run and hide in is a library. No one will ever find you there because no one ever visits there. Africans must start reading if Africans want to begin leading in the world!
#BlackLivesMatter is only half the story. To highlight the deep-seated self-racism Africans suffer from, consider the following:
We abhor African masquerades and adore a European masquerade (Santa Claus)

Many women bleach their skins and straighten their hair
Our men prefer such women, to natural African women

If an African wants to market to another African, he will prefer to hire a White person to do the marketing
Our youths, born and raised in Africa, curiously develop a Western accent (maybe they went to America in their dreams)
When Cristiano Ronaldo speaks English with his thick Portuguese accent, he is ‘cute’ to Africans. When an African player in Europe speaks with his African accent, Africans say he sounds ‘crass’!

Our leaders loot, and instead of using it to develop Africa, they take it to the developed Western world.
The BBC hires African journalists who sound African. But, African broadcast stations won’t hire Africans who sound African. They want you to sound ‘polished’ and Western. Sadly, Africa is racist against herself.

Africans are some of the most religious people on Planet Earth, yet the Jewish Scriptures are full of the truth about our people. I mentioned Tirhakah earlier. He is not the only Black king mentioned in Scripture. Another Cushite king, Zerah is also mentioned in Scripture in 2 Chronicles 16:9, because he came with a million-man army to attack Judah in Israel.

And speaking of the Judeo Christian Scriptures, Africans ought to realise that European colonialists used Christendom to deceive Africans. Christendom is different from Christianity. Stop reading your church’s doctrines and start reading your Creator’s Scripture. You will see that there is a big disconnect between Christendom and Scripture!

When you give your child a Western name packaged as a Christian name, you are not being Christianised. You are being Westernised. You are being deceived. Nothing in Scripture (and I have read it cover to cover) says you must change your name to be a Christian.
If you are named after a demon god like Ifa. Maybe your name is Fakayode, then change it from a demon oriented African name to a Godly one like Oluwakayode. Many Western names, like Diana, Jennifer, Cynthia, Randolph, etc, are pagan Wicca names.

Many Africans reject African names as being demonic and adopt Western names. The fact is that more Western names have demonic origins, than African names. For example, Diana is the name of a demon goddess. Tara means goddess of the sea. Randolph, Penelope, Phoebe, Piper, Anastasia (a name associated with witchcraft), Alexander and a host of other names either have Wicca origin or pagan background. Yet, Africans choose to bear such names because ‘they sound nice’. The importance of a name is in the meaning, not the sound. Your African name is better. Bear it with pride.

You can imagine a Black person bearing Fiona (which means White). Or Black parents giving their kids White dolls. Bad enough you give them European names disguised as Christian, but a White doll tells a Black girl that whiteness is the ideal of beauty.
Africa needs leaders like the late Thomas Sankara. Leaders without inferiority complex. Leaders who are not obsessed with materialism. Leaders who are keenly aware of the glorious history of the Black Race and can withstand imperialism!

Sadly, we have so few of them. That is why no matter what anyone tells me about Paul Kagame, I still believe that he is the quintessential African leader. The Sankara of our time. May God give us the wisdom to get more of such leaders.

Reno’s Nugget
Never take your greatest supporters for granted. Take their calls when they call. If you miss or decline their calls, text them immediately to explain why you can’t take their calls. At the very least, treat them as they treat you. Don’t let familiarity lead to contempt. I REGULARLY call former Presidents, Vice Presidents, Governors, Ministers, etc. They always take my call or if they can’t, they send a text. No one is too busy not to take your call or text. You are just not that important to them! Stop granting priority to those who grant you optionality. They call you, you take because they are a priority. You call them, they decline your calls because you are just an option to them. The abuse of access leads to nonsense! I know how important people behave. They don’t abuse access. It is only people who THINK they are important, that do.#FreeLeahSharibu #RenosNuggets

When NESG and CBN Trade Tackle on the Economy 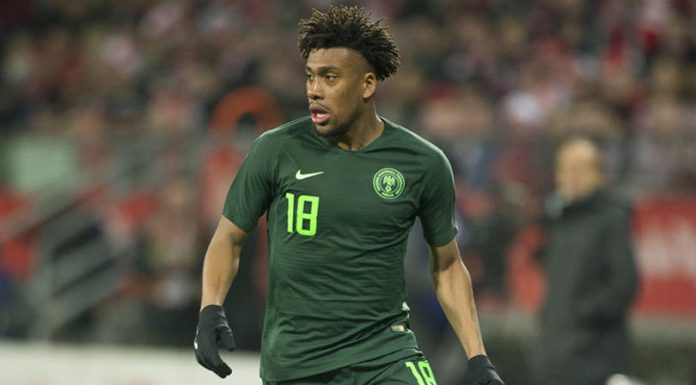