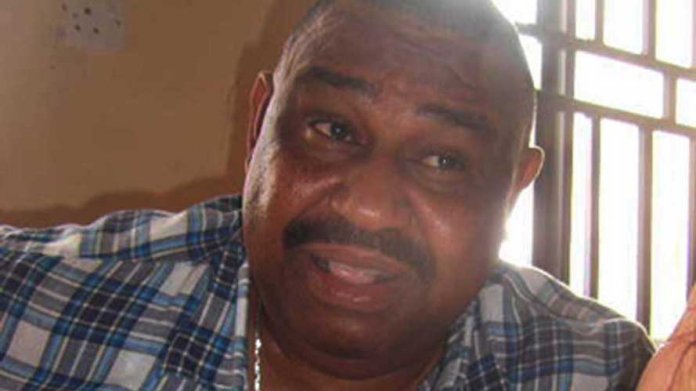 According to a statement by the family, the webinar which will address ‘Peace and Conflict Resolution- The Political and Governance Perspectives’, will hold on the first anniversary of the Late Okotie-Eboh who died July 6, 2019.

The statement said former President Goodluck Jonathan will be the keynote speaker, while former External Affairs Minister, Prof.Bolaji Akinyemi, and renowned scholar, Prof. Anya. O. Anya, are among dignitaries to speak at a webinar

The statement signed by Dr. Dere Awosika said the launch of the Foundation was in furtherance of the ideals of a peaceful and better society which the late Okotie-Eboh stood for in his lifetime.

“Peace is the hope of every nation, the promise of every politician and the desire of every living person. The effects of conflict and violence are far-reaching and it is impossible to truly separate oneself. Peace is the only solution that provides security and promises sustainable development towards a better future.

“It is for these reasons that The Joseph Adolo Okotie-Eboh Peace and Conflict Resolution Foundation was established.”

Dr. Awosika further noted that more than 600 million young people all over the world live in volatile and conflict prone areas and are impacted in several ways economically and socially.

“It is the hope of the Foundation, through well structured and consolidated efforts, to deliver lasting and enduring peace to those who need it most: the youth”.

The statement said programme of activities for the launch will kick start with a memorial service at First Baptist Church Ikoyi, Lagos with a talk show on ‘Millennials in Politics’ on Monday, July 6.

The talk show will be powered by DigiConverge, a tech platform for live streaming and web conferences.

Born on February 22, 1955 to the famous family of Chief Festus Okotie-Eboh, Nigeria’s first post-independence Finance Minister in Ugbori Community, Warri in the present day Delta State, Okotie-Eboh trained as a pilot in the prestigious Burnside-ott Aviation Training Centre, Opa-locka Airport, United States of America, but went into private business on returning to Nigeria.

He was also involved in the politics of the fourth republic as a foundation member of the People’s Democratic Party(PDP) in Delta state and was one of the key figures in the evolution of the All Progressive Congress(APC).

BEYOND THE ABA BUILDING COLLAPSE