Distribution Companies (Discos) have urged the Nigerian Electricity Regulatory Commission (NERC) to postpone implementation of the planned cost-reflective electricity tariff to January 2021. This is to allow for a concrete resolution to issues that have hindered the smooth operation of the electricity market, according to a letter by the concerned Discos.

The Discos’ reaction came amid the on-going controversy over the proposed hike in electricity tariff. The new tariff system had been scheduled by NERC to take effect from July 1, 2020, after an initial postponement from April 1, 2020. But President of the Senate, Ahmed Lawan, recently announced its deferment to the first quarter of 2021 following a meeting with the electricity industry regulators, NERC, and representatives of the Discos. Lawan said the timing was wrong, given the economic hardship brought about by the coronavirus pandemic. He also said, “Appropriate measures need to be put in place” before any tariff increment.

However, as at the time of filing in this report, NERC has yet to issue any communication as to whether the new tariff will take-off as planned or not, a situation that has left the power distributors in confusion.

The Discos, had in a letter addressed to the chairman of NERC, which was obtained by THISDAY, said rather than rushing to implement the cost-reflective tariff, the regulator should take urgent steps to address holistically the fundamental challenges confronting the country’s electricity market. They believed the implementation of cost-reflective tariffs was a step in the right direction for the Nigerian Electricity Supply Industry (NESI), but said it must be applied correctly to achieve the desired result.

The Discos listed the macroeconomic and market issues that should be resolved prior to the planned tariff increase to include unencumbered Disco balance sheet, realistic minimum remittance levels required for market discipline and liquidity, and removal of estimated billing caps together with need for updated billing methodology.

According to the Discos, implementation and completion of the balance sheet clean up exercise prior to the increase of tariffs is necessary to facilitate positive signalling to attract new investors and lenders.

They said the commission should engage with them to analyse and re-compute the minimum remittance levels to be used in the new order, taking into account objections raised by the Discos.

The letter also said, “The commission should engage Discos, CBN and other agencies of government on the need for an Emergency Meter Rollout Scheme to move the metering level in NESI to above 90 per cent within 18 months.

“The commission should bring out an order making it illegal for consumers to consume electricity without having a meter after a period of one month. A balance should also be in place to penalise a Disco for not supplying a meter within a reasonable period after a customer has applied and paid for a meter.”

The Discos’ letter further read, “The commission should engage jointly with Discos for proper customer and stakeholder engagement for effective communication of the need for tariff increase.

“The disjointed communication without support from the commission is doing little to inspire confidence of the customers. This tariff increase should not be perceived as distribution companies acting solely without the commission’s backing.

“All new FGN interventions in the sector should be better structured to avoid further liabilities on Discos’ books. We believe all disbursement should be passed through Discos’ books, passing of entries are a non-monetary way to ensure Discos’ balance sheets are unencumbered by market liabilities.”

Going forward, the Discos proposed that NBET’s invoicing should reflect the remittance obligations due to Discos and the federal government. They explained that the measure would separate market liabilities covered by the intervention and ensure the liabilities are not negatively reported on the Discos’ balance sheet. The Discos said in setting new remittance levels, proper alignment of the Aggregate Technical, Commercial, and Collection (ATC&C) losses must be done, in addition to giving strategic consideration to the impact of ministries, departments, and agency’s (MDA) losses on Disco performance.

The Discos stated that the reality of Discos’ ATC&C should be considered to achieve higher levels of compliance with minimum remittance in the sector, warning that without a much more balanced view of current realities and efficiency targets, the envisioned success of the power sector may be in jeopardy.

The Discos stated in their letter that they could be allowed to reach an agreement with the Bureau of Public Enterprises (BPE) on allowable losses, which takes cognisance of all operational and financial limitations. They believed the mutually agreed targets should then be utilised by NERC in its minimum remittance thresholds.

The letter added, “Fixed charges must be re-introduced if the merit order system set up by NERC is to be successful. Discos should not be made to pay for capacity charge that is not allowed to pass through in retail tariffs.

“No new generation capacity should be procured without Discos being privy to the discussions and negotiations and agreement of the commercial terms of the PPAs. There is need to align wholesale prices in active PPAs with those in MYTO model.

“Government should promote the need for mass metering by lending its voice to announcements that encourage customers to seek meters, which should be a focus for any major funding at the moment.”

The letter also said, “What the sector requires is mass metering and not MAP metering, as the latter is more medium to longer term. An urgent short-term rollout needs to be structured with government support.

“The split up of the Transmission Company of Nigeria (TCN) must be implemented speedily and given the utmost priority for the establishment of a wholly independent system operator capable of meeting the needs of the industry as a fair arbiter in the new scheme.” 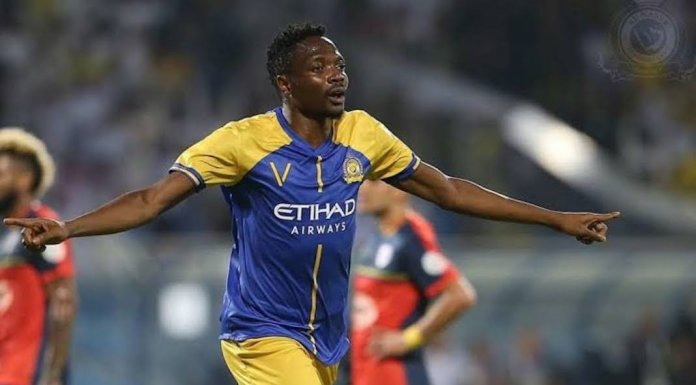