The House of Representatives at plenary on Thursday passed for second reading a Bill which seeks an amendment to Currency Conversion (Freezing Orders) Act, to strip the president the power to order the forfeiture of moveable and immovable assets and vest such powers on the judge of a High Court.

The proposed legislation entitled a ‘Bill for an Act to Amend the Currency Conversion (Freezing Orders) Act Cap. C43, Laws of the Federation of Nigeria, 2004 to give discretionary powers to the Judge of a High Court, to order forfeiture of assets of affected persons and for related matters’, was sponsored by the Deputy Speaker of the House, Hon. Ahmed Idris.

Leading a debate on the general principles of the bill, Idris said with the amendment, discretionary power previously granted to the president by the Principal Act will be replaced by that of a High Court judge to bring it in line with the spirit of the constitution.

The Deputy Speaker said that section 9 of the Currency Conversion (Freezing Orders) Act, which was first enacted in 1971, contains a provision which deals with the subject of forfeiture that vests the discretion to order forfeiture of movable and immovable properties on the President of the Federal Republic.

He opined that the provision which vests in the president the power to order forfeiture of property (both movable or immovable) is not in line with the provisions of the 1999 Constitution (as amended), hence the need for its amendment.

He said the provision for forfeiture in the laws is geared towards ensuring that persons found guilty of offences do not benefit from the proceeds of those offences.

According to him, ”Considering that the constitution guarantees right to movable and immovable property as a fundamental right under Chapter IV, Section 44, a person cannot be deprived of such rights except in circumstances stipulated by the constitution,” stressing that: “Section 9 of the Principal Act runs foul of the spirit of the Nigerian constitution. Section 44 of the 1999 Constitution (as amended) guarantees the fundamental right of individuals to movable and immovable properties which shall not be deprived except in specified circumstances which include the ‘imposition of penalties or forfeiture for the breach of any law whether under any civil process or after conviction for an offence.”

”Section 9 in the Principal Act does not provide any mechanism (whether legal or administrative) through which the president may exercise this power. Instead, the power is left solely at the discretion of the president. In a country that has witnessed reckless abuse of political and administrative powers, it will be dangerous to allow such unchecked arrogation of powers to determine the forfeiture of a person’s properties.

”Such discretion to be exercised by the president can be contrary to the natural doctrine of fair trial as it amounts to the executive being a prosecutor and a ‘judge’ in its own case. This negates the spirit of the 1999 Constitution (as amended) which specifies the conditions under which a person can be deprived of movable or immovable properties. The president cannot therefore usurp the powers of the courts for such will run foul of the doctrine of separation of Ppowers.

”It is noteworthy that the provisions in Section 9 is in contradiction with the provisions of other laws dealing with forfeiture which vest the power to make forfeiture orders in a law court and not in the president. It is therefore important to bring the Currency Conversion (Freezing Order) Act in line with these other laws.

“Vesting in the president the power to make forfeiture order smack of the era of military dictatorship where the Head of State and Head of the Supreme Military Council can unilaterally order the forfeiture of properties of persons without recourse to any judicial mechanism. This cannot be allowed to exit in a democracy. I therefore urge you all to support this amendment Bill,” he said.

editor - September 26, 2020 3:40 am
0
PENDULUM BY DELE MOMODU  Fellow Nigerians, please, let me warn that I'm not writing the usual political epistle today. I'm dedicating my column to my... 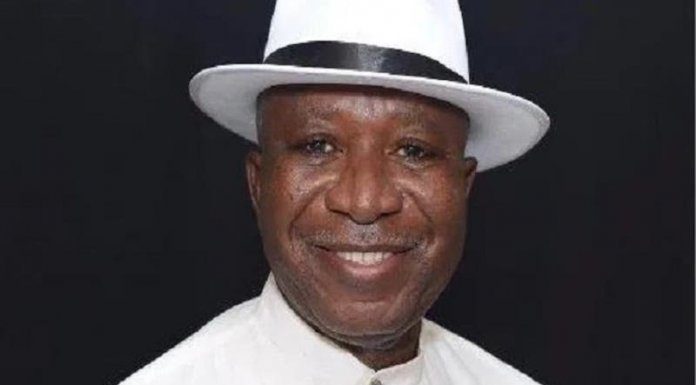 New Vista for the Amnesty Programme