The year 2023 is here. Those with a ready discerning heart will not join issues. Typical of the political class, the play has begun in earnest, even without the stage yet constructed. Predictably, Edo is taking the first bite.

The events in Edo are not accidental. Just over a decade ago, Mr. Adams Oshiomhole waded through the judicial process, to retrieve the mandate that was purportedly handed him by the people. In a moment of triumphalism, the khaki-wearing comrade declared that as Governor, he would make sure he retired all political kingmakers in the state’s political landscape. Over a period of time, he said a lot of beautiful things about democracy and its tantalising prospects. Eight years down the road, he plucked a certain Godwin Obaseki from the private sector and railroaded him down the throat of the political actors in the state. In the course of his Obaseki must win ambition, Mr. Oshiomhole practically arm-twisted everyone around him and vandalised the ambition of his then deputy, Mr. Pius Odubu, whose face he bruised against the earth. Consumed with the plot to make Obaseki governor come what may, he explored every microphone opportunity to speak of how dangerous a man called Ize-Iyamu is, saying several unprintable things about him. The election came, went, and Obaseki eventually found himself in power. And in a rather bizarre metamorphosis, Mr. Oshiomhole became all that he once accused the likes of Tony Anenih of, except that, just like others before him, Mr. Oshiomhole displayed naivety, failing to come to terms with what Obaseki himself may in fact become.

So as an infant governor, not only did Obaseki abscond with the office that was gifted him, he took possession of the usual cash cows, causing pandemonium to break out. Since the snowballing hostilities, Oshiomhole and Obaseki, under the instruction of their political contractors, have been taking their turn in the proxy war towards 2023. At the time of penning this piece, Oshiomhole has been suspended, Obaseki has relocated to the PDP, while the polity shapes itself for the combustion ahead.

No one knows who the next Governor-elect of Edo would be, however some outcomes are already determined. The election will be heavily militarised; actors in the two leading parties will practically empty the treasury to buy every available vote; and at the end, whoever emerges victorious in this election, is set to be a surrogate of some new set of kingmakers. The Edo shirt-tearing saga and the unfolding shenanigans, is a first step in a long-distance race, that is certain to alter Nigeria’s political future quite significantly. As tackles are traded, the people must ensure that the deliverables are debated. The votes that are often bought, are votes of those who have resigned to their state, because they conclude that their voices cannot be heard. You won’t sell your vote and you have a voice. So, use both on the road to 2023. Importantly, be alert not to be kicked out of the conversation room.

editor - September 25, 2020 3:02 am
27
ENI-B BY ENIOLA BELLO         eniola.bello@thisdaylive.com Bola Tinubu, national leader of All Progressives Congress (APC), for some strange and unnecessary reason, made himself... 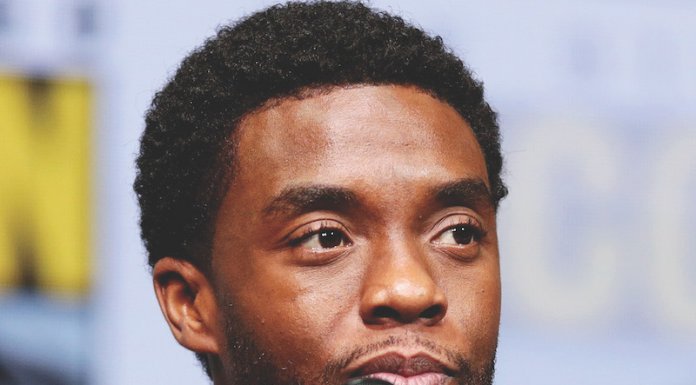 CHADWICK BOSEMAN, Black Panther, Who Connects Us to Africa