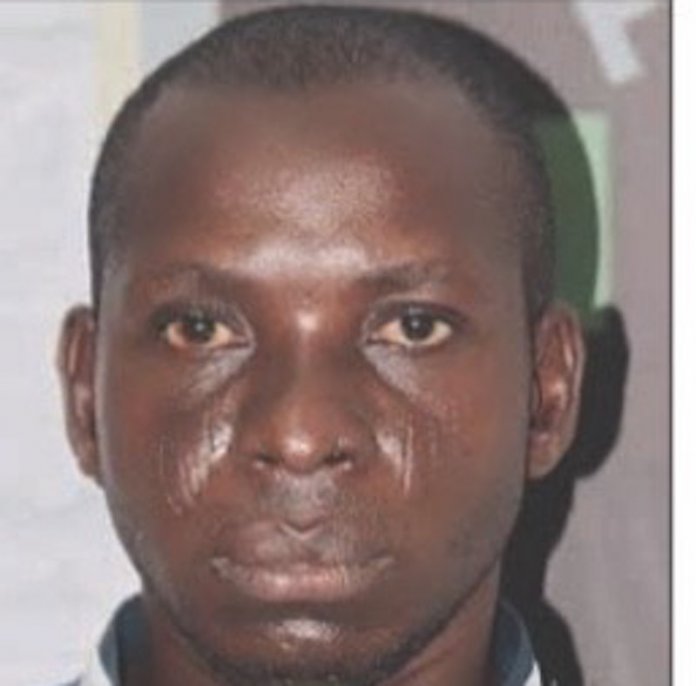 The Attorney-General of the Federation, Mr. Abubakar Malami is seriously under attack for removing the names of 10 soldiers named as accomplices in the kidnapping charges involving an alleged Taraba State kidnapping kingpin, Bala Hamisu, also known as Wadume, Davidson Iriekpen writes

The story was not only chilling, the pictures that accompanied the dastardly act were gory and sent jitters down the spine of many Nigerians. Initially, many did not believe that the incident happened in Nigeria until when the kidnap kingpin, Bala Hamisu, a.k.a Wadume, was arrested.

He later told a shocked nation that some officers of the Nigerian Army actually assisted him to escape arrest.

Ten months down the line, not only have the officers not been court-martialled and handed over to the police for prosecution, suspicion has heightened that their atrocious act is about to be swept under the carpet.

Wadume was on the wanted list of the Nigeria Police for kidnapping in Taraba and neighbouring states for a long time. He was specifically wanted for killing his victim, Usman Garba, after receiving N106.3million as ransom. He was assisted to escape from the custody of the Intelligence Response Team (IRT) by soldiers attached to Battalion 93, Takum. The soldiers also attacked the police team conveying the kidnap kingpin to the Taraba State police headquarters in Jalingo on August 6, 2019.

Three policemen and two civilians working with the IRT were killed during the incident, while five other police officers were injured. The policemen who died were Inspector Mark Ediale, Sergeants Usman DanAzumi and Dahiru Musa.

They were killed by the soldiers along Ibi-Jalingo road in Taraba State, on Tuesday, August 6, 2019 after they had succeeded in arresting Wadume, an alleged kidnap kingpin who was on their wanted persons’ list for months. He was reportedly rescued after the soldiers had gunned down the cops.

The fugitive was subsequently re-arrested at his hideout at Layin Mai Allo Hotoro area of Kano State following a manhunt launched by the police special forces and IRT led by DCP Abba Kyari.

In a viral video released shortly after he was re-arrested, Wadume had admitted that he was rescued from police custody by soldiers who also cut off his handcuffs. He had also told the detectives how he met the commander of the troops attached to 93 Battalion, Takum, led by one Captain Tijjani Balarabe at the palace of the district head of Ibi town, from where they struck friendship after the gang leader gave him N30,000.

In a confesssion after he was re-arrested in Kano, the kidnapping kingpin had told his interrogators in Abuja that: “The police came to arrest me. When they arrested me, the army chased after them and opened fire. From there, they (soldiers) took me to their headquarters and cut off my handcuffs and released me. I went back to my house, but the police came to re-arrest me.”

The kingpin, who was a fish trader before he delved into arms trafficking and subsequently kidnapping, also claimed to have fuelled army patrol vehicles.

The Joint Investigative Panel set up by the Defence Headquarters was headed by Rear Admiral I.T. Olaiya. The BOI, in a statement by acting Director of Defence Information, Col. Onyema Nwachukwu, also recommended that further investigation be conducted on Wadume for gunrunning and kidnapping. It was, however, gathered that no further trial had been carried out in line with the recommendation of the probe panel.

Apart from the fact that police investigations showed that the army captain exchanged 191 phone conversations with the kidnap kingpin between July 9 and August 6, 2019, in one instance, the logs showed that the two men exchanged 166 phone calls. Documents also showed that Wadume similarly made several calls to the Ibi DCO.

The crime officer was alleged to have made over 200 phone calls to Wadume while the station officer allegedly destroyed evidence showing that the IRT operatives documented the operation to arrest the kidnap kingpin at the Ibi Police Station.

To worsen his case, Capt Balarabe in his statement to the joint investigation panel set up by the Chief of Defence Staff admitted that Wadume was his friend, noting that the alleged kingpin once gave him fish worth N50,000. Balarabe also said that Wadume gave him N200,000 to repair a patrol van which was having mechanical problems.

“The N200,000 he gave me was as a result of the challenges we had with the vehicle for patrolling the community. The local government chairman repaired two patrol vans as the Battalion (military) only gave me N7,000 for four months for fuel,” the captain stated.

On the attack on the IRT team, the commander explained that he was informed by a resident that Wadume was abducted by unknown persons in a bus, adding that he radioed the troops at the checkpoints to intercept the policemen.

He added, “I interviewed one of the men who said they were sent from Abuja to arrest Alhaji (Wadume). We moved the injured to the hospital and the DCO Wukari confirmed that they are policemen.

Balarabe disclosed that he asked the DCO to switch off his phone to prevent the military police from reaching him.

Many are wondering why it is difficult to prosecute the officers who committed the heinous crime? Already, tongues are wagging that instead of answering hard questions inside the courtroom, Capt Balarabe has been transferred away from Taraba State and sent on a course at the Armed Forces Command and Staff College, Jaji, where he is cooling off in a classroom.

The first sign that the Army was trying to shield the soldiers from prosecution came on March 16, 2020, when the matter was first mentioned in court. Mr. Simon Lough, the lawyer who was then prosecuting the case on IG’s behalf, complained to the judge that he was unable to produce the 10 soldiers in court because the Army authorities refused to release them. This prompted Justice Binta Nyako, to issue an order directing the Chief of Army Staff, Lt.-Gen. Tukur Buratai, to release the 10 soldiers, including the army captain, for arraignment. This order was ignored by the Army authorities.

Surprisingly, on June 3 the Attorney-General of the Federation and Minister of Justice, Mr. Abubakar Malami (SAN), announced that he had taken over the case from the Inspector-General of Police (IG), Mr. Mohammed Adamu, citing the “bureaucracy” in bringing the soldiers to court and the need to allow the case to begin quickly as the reason for the amendment to the charges.

By the time the suspects were to be arraigned last Tuesday at the Federal High Court in Abuja, and the prosecuting counsel, Mr. Shuaibu Labaran, announced an amendment to the charges with the names of 10 soldiers and one police officer named as accomplices in the kidnapping charges were conspicuously missing, Nigerians did not need an explanation that they were being shielded from prosecution.

A policeman’s name, ASP Aondona Iorbee, as well as the name of one Ahmad Suleiman (aka Dan Ball); was also struck off the charge.

While the delay in prosecuting him and others had heightened concern among family members of the victims and suspicion among colleagues of the deceased in the police that they may never get justice, the dropping of the names in the amended charge by AGF without any explanation has further confirmed attempts to let the soldiers off the hook.

Those diligently monitoring the case are wondering how the AGF and the Army would set a man with a strong confessional statement free. They even wondered how the AGF wants to successfully prosecute Wadume without the soldiers and policemen who aided and abetted him in the crime, especially when they are all tide to the evidence before the court.

This is why like many issues in Nigeria, observers imputing ethnic dimensions to the case with many attributing the delay in prosecuting Captain Balarabe to the fact it is because he is from a certain section of the country. They wondered if he was a southerner if it would have been difficult to prosecute him the same way it is now?
They believe that anti-social and heinous crimes occur and prevail because after the initial noise, everything dies down, lacking diligent follow up to ensure a satisfactorily punitive, deterrent and rehabilitative final resolution.

What Is the Best Car for the Business Professional