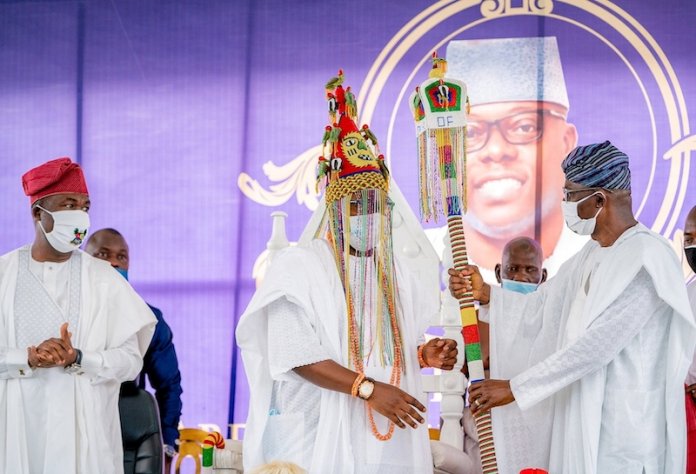 Not too many saw it coming. Not even those close to him had any inkling about it. But as it is in human affairs, Prince Omogbolahan Wasiu Lawal had a date with history, to the amazement of all, a few days ago.

It all happened within three days – from the rumour of his selection to the investiture. In other words, within 72 hours, the then Prince Lawal transformed from being the Lagos State Commissioner for Agriculture and Co-operatives to a monarch. He is the new Oniru of Iruland-the upper crust community comprising Iru and Victoria Island-a prime real estate domain in Lagos State.

It will be recalled that he had, on Thursday, June 4, suddenly resigned his appointment as a member of Lagos Executive Council.
The following day, his selection as the next Oniru was announced in the afternoon during the Lagos State Executive Council meeting, where final ratification was made on his nomination.

Before our eyes, all the necessary rites were perfected within those three days. With this, Lawal, who will be 50 on July 24, was presented with his staff of office on Sunday at a colourful ceremony in Lagos as the successor to the late Oba Idowu Abiodun Oniru who passed on last year at the age of 82. But his selection has been greeted with controversies. Reason: Lawal’s emergence came as a rude shock to many considering that he was not even in the race for the revered stool.

It was gathered that the real contenders to the throne were two famous Princes in Oniru-Hakeem Ajasa and Aremo Adesegun Oniru.

Ajasa, a serving top police officer and Chief Security Officer to Speaker of the House of Representatives, Hon. Femi Gbajabiamila, is from the Abisogun Ruling House. He is believed to be the rightful successor to the late monarch. His rival, Adesegun, a wealthy former Commissioner for Waterfront and Infrastructure in Lagos State, is the first son of the late immediate past monarch.

But the odds favoured Ajasa whose Abisogun Ruling House had never occupied the throne, unlike the Onirus who are an integral part of the families that comprise the Akiogun Ruling House that had been on the throne for about 72 years.

Expectedly, one of the two leading contenders had been narrowed down to mount the throne.
Though Society Watch gathered that Lawal’s name had cropped up in the early days of the scramble for the new king, he was thought to stand no chance. The reason, it was gathered, is that it is his mother, Olori M. A. Lawal-Akapo, who is a royal Princess in Oniru , while his late dad, Chief T. A. Lawal-Akapo, was the Ojora of Lagos between 1977 and 1993 when he died.

Having accepted that he stood no chance, Lawal was said to have rooted and campaigned for the emergence of his cousin, Ajasa, who is also from the same Abisogun Ruling House, where Lawal’s mom comes from.

But no one reckoned that fate had other plans beyond the two main gladiators.

Compromise is not strange to traditional institutions. Lawal, it was gathered, was said to be the compromise choice since selection of either Aremo or Ajasa as next Oniru would have led to chaos.

Meanwhile, Ajasa, the main man in the eyes of the throne, is said to have accepted the choice of his older cousin, Oba Lawal, as the new Oniru.

The unassuming Prince was at the coronation ceremony last Sunday and even paid homage to the new Oniru in the full glare of everyone.

His action was said to have attracted praises and commendations from both the Oba of Lagos, His Royal Majesty Oba Rilwan Akiolu and Lagos State Governor, Babajide Sanwo-Olu.

Oba Lawal is a Lagos Prince from the Ojora, Aromire, Shokun and Abisogun branch of Oniru Royal families of Lagos State. He is a seasoned administrator with over 25 years of postgraduate experience, with an in-depth knowledge of the workings of the public sector.

A 1992 Botany graduate of the University of Port Harcourt, Oba Lawal joined the Nigerian Police and was commissioned as a cadet assistant superintendent. As a police officer, he served as ADC (Aide-De-Camp) to Asiwaju Bola Ahmed Tinubu during his reign as governor of Lagos from 1999 to 2007. Lawal retired voluntarily in 2008 as a superintendent of police and went on to obtain his post-graduate degree in violence, conflict and development from the School of Oriental and African Studies, University of London. 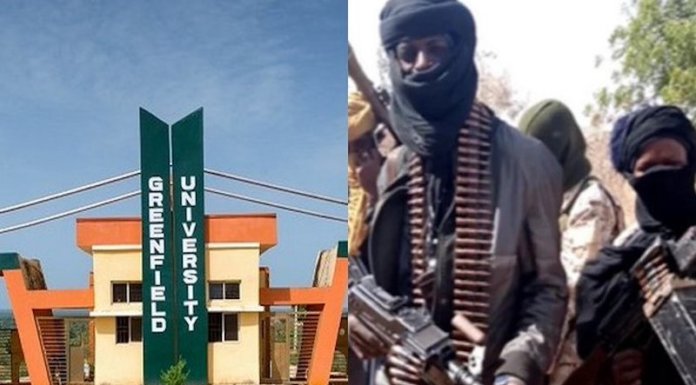