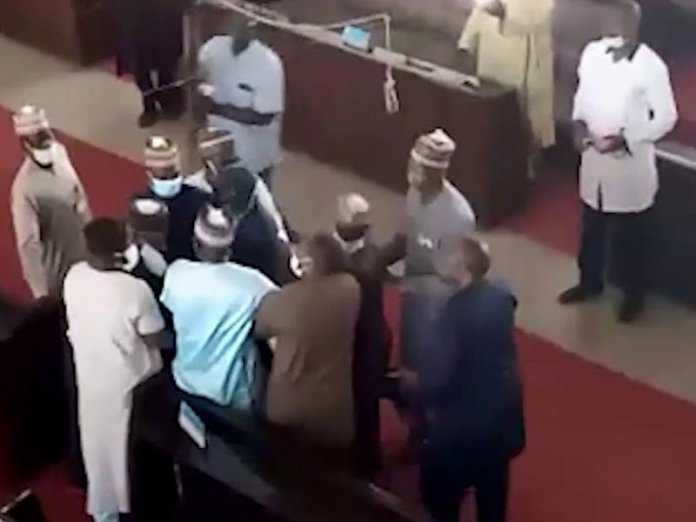 Hazo was a former Chairman of House Committee on Local Government and Chieftain Affairs before his elevation as the Deputy Speaker in February 2020.

Twenty-four members of the assembly passed a vote of no confidence in Hazo before he was sacked.

Meanwhile, there was a fracas during the swearing in of the new Deputy Speaker as a member attempted to snatch the mace.

Immediately after swearing in the new Deputy Speaker, a member representing Makera Constituency, Hon. Liman Dahiru, broke into the floor of the Assembly and seized the mace.

As Dahiru attempted to make his way out of the chamber, the Sergeant-at-Arm grabbed him while other members made frantic moves to retrieve the mace from him.

Dahiru was overpowered and had his clothes torn as other lawmakers dragged and hit him in an attempt to recover the mace from him.

The fracas forced the plenary to end in abruptly after the aggrieved member was dragged out of the floor of the assembly.