According to Dare, “The death of Mrs Okwaraji came to me with rude shock at a time when we had concluded plans for her monthly allowance. It is so sad and painful that she died when we had just visited her and placed her on a monthly welfare package.

“She was such a strong and courageous woman who took the death of her illustrious son in her strides. Considering the circumstance of her son’s death, she exhibited a great spirit. May her soul rest in peace and may God console the family she left behind,” the minister said in a condolence message to the Okwaraji yesterday.

Dare assured the family that the ministry will offer all neccessary support to give her a befitting burial.

Only few weeks ago, Dare had sent cash gift, provision and food items to the now deceased Mrs Okwaraji.

The minister has also made a committment to be paying monthly allowances to the mothers of late Rashidi Yekini, Ali Jeje Ibrahim and Sunday Bada.

Dare’s gesture to Okwaraji’s mother came almost 31 years after the demise of her son.

Meanwhile, Okwaraji family has formally notified the Nigeria Football Federation (NFF) of the passing of the matriarch of the family, Mrs Jane Okwaraji.

Patrick Okwaraji, brother of the former national team player, signed the letter which informed the NFF and the Nigerian Football family of the death of their 83-year old retired school teacher mother.

In the letter, the Okwaraji family disclosed that Mrs Jane Okwaraji, also a community leader and devout Christian, passed on to the great beyond after a brief illness.

“It is with total submission to God that, the family of David Okwaraji (late) wishes to convey the notice of the peaceful transition of our mother, Mrs Jane Okwaraji to you. Mrs Jane Okwaraji died at her home at Enugu after a brief illness.

“On behalf of the entire family, I convey our gratitude to you for your continuous support and concerns.”

In a telephone chat, Patrick explained that the family was not quick to announce Ma Okwaraji’s death as they needed to consult with a wide range of individuals before making it public.

He also said that plans are afoot to organize a simple burial ceremony in accordance with the COVID-19 pandemic final rites protocols in Enugu State in about three weeks, with a bigger ceremony to hold after the pandemic experience.

Samuel Sochukwuma Okwaraji, a doctoral student of law at the University of Rome, Italy collapsed and died on the field of play in a 1990 FIFA World Cup qualifying match between Nigeria and Angola at the National Stadium, Lagos on Saturday, 12th August 1989.

Only last month, the Nigeria Football Federation announced that in appreciation and support of the gesture of the Hon. Minister of Youth and Sports to be providing the mothers of deceased former internationals Okwaraji and Rashidi Yekini with a monthly stipend of N10,000 each, the Federation would be supporting the initiative with N30,000 monthly to each of the matriarchs. 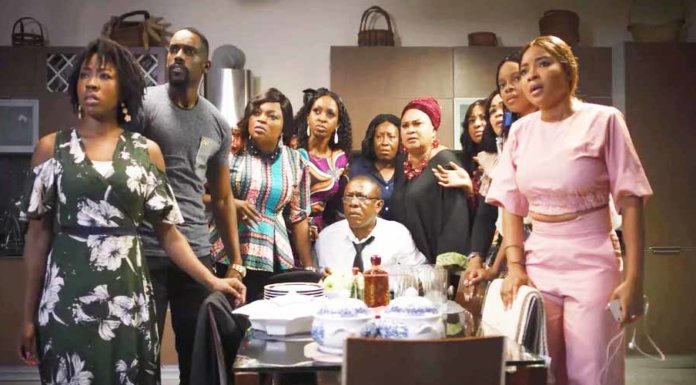