Support for the second term bid of the embattled President of the African Development Bank (AfDB), Dr. Akinwunmi Adesina, has continued to grow with a former United States director of the bank, Dr. Mima Nedelcovych, backing him.

The private sector in Africa has also declared support for Adesina.
Nedelcovych, yesterday stated that Adesina’s second term as president of AfDB would benefit the US, regarded as the arrowhead of opposition to AfDB president’s re-election.

He added he was convinced by Adesina’s responses to the accusations of wrongdoing levelled against him by whistleblowers.
Nedelcovych, in an interview with Pan African Visions, said unless the US government was holding some secret that the American public was not aware of, he saw no reason why it should not support the re-election of Adesina as AfDB president.

He stated: “I am fully convinced with the responses provided by Dr. Adesina to the accusations of the whistleblowers.
“Unless the US government is holding some secret that the American public is not aware of, I see absolutely no reason why it should not wholeheartedly support the re-election of President Akinwumi Adesina for a second term at the helm of the African Development Bank.

“If competing with the Chinese in Africa is primordial to the US, then supporting the position of our African fellow shareholders in AfDB and supporting President Adesina is in our own interests.”
According to him, Adesina has established the framework for furthering the critically important role that AfDB is playing in the development and inclusive growth of the continent.

He noted that with his vision and execution of the “High 5s” for Africa, Adesina has contributed tremendously to the development of the continent, adding that former President Olusegun Obasanjo and other former African presidents have reason to publicly support AfDB president.

On the whistleblower allegations that triggered the current tensions between AfDB partners, Nedelcovych said the internal inquiry did its job fully in line with statutory guidelines, adding: “For me, those accusations that were made public and investigated by the Ethics Committee have been responded to in great detail by President Adesina to my full satisfaction.”

Nedelcovych, who served as the US executive director at AfDB from 1989 to 1993, added that Adesina and AfDB have stepped up when most needed for an African institution to lead the way in the responses to the COVID-19 pandemic.
The US is the largest non-regional shareholder of AfDB, and one of the major contributors to the African Development Fund, the concessional window.

Also yesterday, the private sector in Africa declared support for Adesina.
The group also warned that the presence of external influence, interference and undermining the credibility of the bank’s governing principle might disrupt Africa’s continuous economic growth, infrastructure development and investment.

The sector, in a statement issued yesterday by the President Emeritus, African Business Roundtable, Dr. Bamanga Tukur, cited numerous achievements recorded by Adesina as the president of the bank as the reason for supporting his second term ambition.
The sector equally expressed its contentment with the outcome of the investigation by the AfDB’s Ethics Committee concerning the allegations by some whistleblowers against Adesina.

The committee had cleared Adesina of all allegations of wrongdoing levelled against him by the whistleblower group.
The statement read: “The African Development Bank, which plays a major role in driving Africa’s development, is known to have a reputable standard globally. So the presence of external influence and interference, mistrusting the credibility of the bank’s governing principle might disrupt Africa’s continuous economic growth, infrastructure development and investment.
“Under the leadership of Dr. Adesina, African Development Bank’s presence and work have been highly visible and impactful across the continent in the last five years.

“His vision for Africa’s development through the Bank’s High 5 transformative agenda has positively impacted over 333 million people, envisaging well planned interventions ranging from access to electricity, improved food security, access to private sector finance, improved transport infrastructure and access to water and sanitation.
“He has always stood in the fore front of supporting Africa’s private sector, which is very important for economic and social development.

“In 2018, the bank launched the Africa Investment Forum (AIF) in Johannesburg, which drew investors from the private sector, sovereign wealth funds, pension, and government. The forum attracted massive global investments into Africa with about $38.7 billion raised in investment after the forum.”

The statement listed other developmental initiatives of AfDB led by Adesina to include the bank’s 2019 innovative Desert to Power, which would develop 10,000 megawatts of solar power across 11 countries in the Sahel region and provide electricity for 250 million people.
It added that when completed the $20 billion investment would be the world’s largest solar zone. 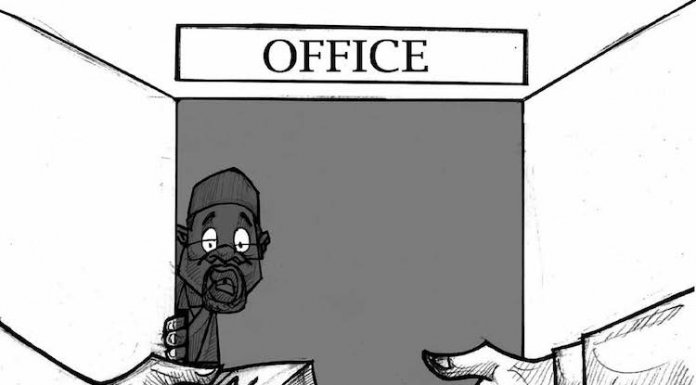