This is coming as insiders traced the ordeal of the Clerk of the National Assembly, Sani Omolori, to his insistence to use the Senate Rules of 2015 to conduct the Senate presidency election between Dr. Ahmed Lawan and Ali Ndume.

However, THISDAY is in position of the letter written by the clerk of the House of Representatives, Patrick Giwa, dated June 4, 2020, with NASS/HR/LEG/14/3/30 with the title: ‘Re: Forwarding of memorandum on the review of condition of service for the National Assembly Service’, wherein the House allegedly disassociated the Green Chamber from plot to review the revised conditions of service that would send over 150 senior directors of the National Assembly to their terminal leave.

The letter is the outcome of the meeting of the members of the House of Representatives last Wednesday.

The letter is a direct opposite of the letter written by the Special Adviser to the Speaker of the House of Representatives, Lanre Lasis, debunking the earlier letter by the Chief of Staff to the Speaker, Femi Gbajabiamila.

In the letter from the Clerk of the House, Giwa, to the chairman of the National Assembly Service Commission (NASC), the lawmakers stated their resolve not to rescind the eighth Assembly resolution on the revised condition of service as passed by the eighth National Assembly.

According to the latest letter written by the Clerk of the House, “I write to convey to you that the leadership of the House has received and deliberated on the above subject as contained in your letter dated June 1, 2020, vide NASC/CHO/PS/11/11/94 and resolved as follows: ‘The entire leadership of the House of Representatives cannot rescind the eighth Assembly Resolution on the retirement age of the Assembly staff, and therefore, the House maintains the position of the eighth Assembly as contained in the condition of service jointly passed by that Assembly.

‘Above is for your information and guidance. This supersedes any other letter on this subject matter please’.”

This latest letter repudiates the one written by the Special Adviser to Gbajabiamila, Lanre Lasisi.

In the letter of June 3, 2020, the Speaker had said in a statement titled: ‘Speaker Gbajabiamila Denies Purported Letter on extension of Year of Service for Some NASS Staff’.

According to the statement, “The attention of the Speaker of the House of Representatives, Gbajabiamila, has been drawn to a letter purportedly emanating from his office allegedly stating his endorsement of the new condition of service for National Assembly staff passed by the eighth Assembly

“The Speaker wishes to inform the public that there was no time he directed issuance of such purported letter from his office as there is a recognised and authorised channel for all correspondences and resolutions reached by the House or its leadership.

“The Speaker also wishes to call on the public to disregard the letter and always rely on official communication channels of the House for news on the position of the House on any matter.”

Also, in the crisis, it was learnt that the current clerk of National Assembly is traced to his refusal to endorse the Senate Rules of 2011 as the rules that would guide the election of a new Senate president which Ahmed Lawan and Ali Ndume contest in June 2019.

Sources revealed that by insisting that the Senate Rules of 2015 should be the guiding rules for the election, he was the master mind behind Ndume contesting the Senate presidency election against Lawan.

Meanwhile, as a result of the report of the Abubakar Tutare committee saddled with the responsibility of reviewing the conditions of service, some of the commissioners of NASC, who did agree with the recommendations of the committee as presented, had written a separate position and recommendation letter to the leadership of the National Assembly.

Apart from achieving marginal increase in salary and allowances of the staff of the National Assembly, the revised conditions of service was also aimed at building institutional memory and the development of a career progression plan in addition to harnessing the human resources of the institution.

The motion for its adoption was ably moved at both Senate and House of Representatives chambers by Senator Ahmad Lawan as Senate Leader and Gbajabiamila as House Leader respectively, during the eighth session of the National Assembly.

editor - October 31, 2020 3:03 am
54
BY DELE MOMODU Fellow Nigerians, let me start by thanking God for my unusual mindset. I’m also grateful to those who have mentored me in... 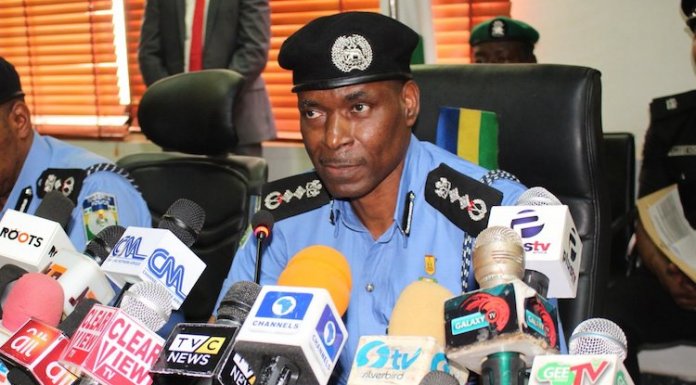 EndSARS And The Absence of Idealogues