Concerned about the rising cases of rape in the country, the federal lawmakers are already proposing stiffer punishment for sex offenders as well as a legislative framework to tame the rape scourge, reports Udora Orizu

For sometime now, the media have been awash with reports of gory cases of fatal sexual violence against the girl child in Nigeria. This rising incidence of rape caused uproar on the internet as citizens, celebrities and politicians took to their various social media handle to condemn it, demanding justice for the victims.

A public opinion poll conducted by NOIPolls in July 2019 revealed that most Nigerians (85 per cent) believe that the issue of rape is prevalent in the country.

According to the survey, about three in 10 Nigerians (26 per cent) disclosed that they know someone, who has been raped in the past and the rape victims were particularly minors and young adults aged between 1–15 years (72 per cent) and 16–25 years (24 per cent) respectively.

The statistic also implies that one in every three girls would have experienced at least one form of sexual assault by the time they reach 25 years.

Last week, members of the National Assembly joined the movement to tame the rape scourge by debating for several hours at plenary the penalty to be put in place for rapists.

At the Senate, stiffer penalties were canvassed for rampant rape cases as well as increasing brutality against the girl child in the country.

President of the Senate, Dr. Ahmad Lawan, stated this while contributing to a motion to condemn the increasing cases of rape and brutality against the girl child in Nigeria. According to him, having in place stiffer penalties in Nigeria’s criminal and penal code will serve as deterrence to perpetrators involved in the act.

‘’We stand together shoulder to shoulder on this, and I think we need to make the penalties for rape stiffer to be sufficient deterrence for those who are involved in this, or who even desire to be involved. We have to save our future, and these girls and women are the future of this nation,’’ Lawan said.

Sponsor of the motion entitled, ‘’increasing cases of rape and brutality against the girl child in Nigeria’’, Senator Sandy Onor, noted that, on Tuesday, May 26, 2020, a 16 year old girl, Miss Tina Ezekwe, was hit by a bullet when a trigger-happy policeman opened fire on a bus in Lagos. According to him, ‘’efforts to save Tina proved futile as she passed on two days later at a hospital.’’

Citing another incidence, the legislator noted that, “On Wednesday, 27th May, 2020, a first year undergraduate student of University of Benin, Miss Uwa Omozuwa was brutalised and raped at her church, where she went to study in the evening of that day.”

The Senator, who bemoaned the lack of safety for the girl child in Nigeria said, “Our young girls may no longer have the confidence to live their normal lives. The average young girl in Nigeria is obviously becoming terrified and scared to live with and trust her close male relatives and neighbours.”

Onor, therefore, expressed worry that, “Most Nigerian girls and women might have experienced one form of verbal and physical abuse or assault in their lifetime.”

Supporting the motion, Senator Biodun Olujimi said, “These are very ominous times for our children, especially, the girl child,” saying, “Mr. President, if the authorities do not take serious action against rape, it would become a big scourge that will eat us down the line, because the girls are being attacked psychologically, and that is not good for this nation.”

The Senate, thereafter, called on the State Houses of Assembly to amend the penal and criminal code to make the penalties for rape and sexual assault stiffer so as to serve as deterrent to perpetrators.

It also condemned the killings of the young girls, and called for the immediate arrest and prosecution of the perpetrators of these unwholesome acts.

The upper chamber, while urging the federal government to stage a campaign against the increasing brutality and rape of the girl child, called on the relevant security authorities to evolve proactive measures to checkmate these unfortunate occurrences.

The Senate also observed a minute silence for Tina and Uwa and all those who had lost their lives from such brutality and rape.

In the House of Representatives, Speaker Femi Gbajabiamila, had on Wednesday taken to his official Twitter handle to condemn the rising incidences of rape.

Gbajabiamila wrote: “We must address the rising cases of rape and sexual offences decisively as a country. This must not be the new normal. Security agencies must ensure the culprits do not go unpunished to serve as deterrence. Beyond rhetoric, we must do better.’’

At plenary the next day, members of the House condemned in its entirety the rising cases of rape, police brutality, urging the 36 states governments and the Federal Capital Territory Administration to domesticate the Child’s Rights Act to checkmate child abuses such as rape.

The lawmakers, however, voted against a prayer, which recommends castration for rapists.

Thereafter, the House called on the Inspector General of Police, Mohammed Adamu to immediately cause investigations into the cases of Uwa Omozuwa, Tina Ezekwe, as well as all other reported cases of violence against women, with a bid to bringing the criminals to justice.

It also directed the Inspector General of Police, to set up Rape Investigations units across the country to tackle the rising rate of rape against Nigerian women.

While calling on the National Orientation Agency (NOA) to launch a more effective campaign against rape and other violence against women and girls, the House, also mandated all members to dress in black, at the next sitting, in solidarity against the death of Uwa Omozuwa, Tina Ezekwe and other victims of rape and other fatal violence against women and girls in Nigeria, and in solidarity against the death of George Floyd and all other victim of racial discrimination and police brutality in the world at large.

These resolutions were passed following the adoption of a motion titled: ‘Need to condemn the rising cases of sexual violence and other social vices against women and police brutality: Justice for Uwa Omozuwa, Tina Ezekwe, and others’, sponsored by Hon. Rotimi Agunsoye.

Moving the motion, Agunsoye said women and the girl child are daily exposed to gender-based violence in Nigeria with negligible statistics of convictions compared to the prevalence of the dastardly acts.

Recalling the case of Omozuwa and Tina, he also alluded to the arrest of 11 men (including a 57-year-old man), who lured and raped a 12-year-old minor, by the Police in Jigawa State, on the 30th May arrested.

Contributing to the motion, Hon James Faleke recommended that persons found guilty of rape should be castrated. His comment generated uproar in the chamber, and when it was put to vote, the nays had it.

The Speaker further described the rise in the rape cases as sick, despicable and ungodly acts, which cut across all gender.

Hon. Benjamin Obidigwe stressed that Nigerians seem to have become accustomed to hearing negative local and international news concerning Nigerians residing worldwide, especially against women. He called for the strengthening of laws against child/women trafficking and that of assault to protect the rights of the more vulnerable.

Contributing, Hon. Lanre Oladapo called for the urgent correction of the social vices and mentality that makes rape thrive. He urged the House to come up with a definite resolution to make rape punishable by capital punishment.

In her contribution, Hon. Nkeiruka Onyejeocha praised the male members of the House for being equally disgust at the rising cases of sexual violence against women.

She expressed worry and wondered why the security agencies that have been mandated by the House of Representatives to fish out trigger-happy personnel have failed to do so, leading to the continuation of extrajudicial killings.

Hon. Shehu Koko called for the implementation of spelt-out laws for crimes committed as a deterrent to those involved in such acts. Koko asked all interested in the case from the investigating police to the victims, members of the society and health service providers to be highly responsive to such cases.

Also, Hon. Henry Archibong called for seriousness in implementing the relevant laws while bemoaning the decay of societal institutions that should ensure the emergence of responsible members of the society. These institutional failures, he attributed to negligence, economic constraints and economic challenges.

On his part, Hon. Kabir Ibrahim called for the reorientation of members of society as a means of tackling societal decay. He called on the education of both male and female children to respect the rights of both same and opposite sexes. He further called for the strengthening of prohibitive laws and stiffer penalties for those caught as rapists.

Also, Hon. Abubakar Suleiman condemned the way and manner victims of rape are stigmatised by the society and called for the passing of a legislation that will protect rape victims.

Hon. Lynda Ikpeazu, in condemning the high decay of morality in the society in recent times called for an immediate stop to violence against women and girls.

Hon. Ahmed Jaha proposed an amendment that state governments should domesticate the child rights Act, violence against persons Act and anti-rape laws and properly implement them.

Hon. Shehu Koko also proposed an amendment that the Inspector General of Police should set up a unit in all police stations nationwide dedicated to deal with such social crimes and adequately equip them.

Hon. Ndudi Elumelu called on the Committee on Justice to interface with relevant agencies to implement the relevant laws and provide incentives as an encouragement to those who provide adequate information to the apprehension of rapists.

Gbajabiamila, thereafter, called on the House committees on Women Affairs, Justice and Human Rights to do a thorough work to ensure that the clear terms of rape are outlined so that the laws and consequences can be explicit.

The motion was subjected to voting and adopted as amended after which it was referred to the House Committees on Justice, Human Rights and Women Affairs to work on the amendments and get back to the House within four weeks. 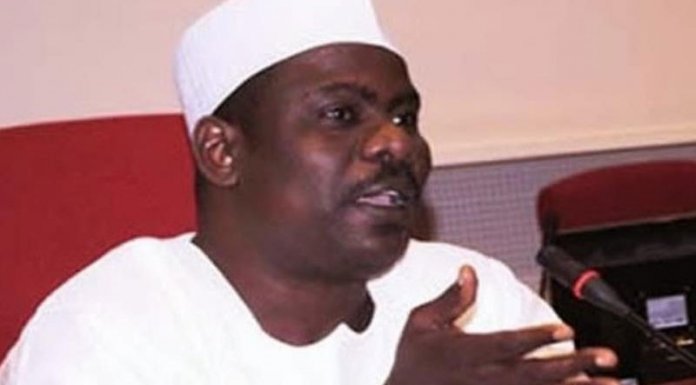