Managing Director and Chief Executive Officer of Sujimoto Construction Limited, Mr. Sijibomi Ogundele, has assured investors in his real estate of over 200 per cent Return on Investment (ROI) over three years in his Lecrezia apartments.

Ogundele who spoke in Lagos said COVID-19 had indeed been a blessing in disguise for him as “I have come up with more ideas than ever and even had time to study my past and also re-assess the opportunities in real estate.

“Many have said that the real estate industry is one of the worst-hit by the COVID-19 pandemic, but we have been here before during the last recession and we didn’t sink! Just like other times, we shall learn from it, rise and re-strategise.

“We have three major projects in the pipeline that will bring a minimum of 200 per cent ROI to Sujimoto. Most projects will last a minimum of one year, so while other organisations are in limbo, folding their hands and waiting for the pandemic to be over before they take any meaningful action, we have already started. By the time the world is ready to restart, we will be done.”

According to him, at the core of his business idea was enthroning a principle he described as “Opportunity Per Cost (OPC) strategy” to ensure he spent nly on the very necessary.

The real estate mogul said he thought out the strategies having in mind that many people would have lost their jobs due to the COVID-19 pandemic, adding that his company had developed a viable and profitable strategy and found an opportunity for investors to invest N5 billion into Sujimoto and get N10 billion back in three years which he assured was guaranteed.

He explained that treasury bills and other money market instruments would give between five and 10 per cent ROI but his offers guaranteed 200 per cent, pointing out that it was not an idea that would be appealing to all and therefore would benefit only the discerning.

“It’s simple, we are looking for the Warren Buffets who can discern opportunities and grab them! We will not quickly forget Ronald Wayne who sold his Apple shares in 1976 for $800. Today, that share is worth $90 billion.”

On the insinuation that there were many unoccupied properties in choice areas of Lagos, he replied, “For us at Sujimoto, we do not know what ‘empty apartment’ means because, in the heat of the 2016/17 recession, we sold out projects in Ikoyi.

“Our just concluded Giuliano project in Banana Island was sold-out six months before completion. Not only did we sell out, but we have also witnessed about three other resales, where a lady bought at N350 million and she sold for N480 million, making N130 million in 11 months.

“At Sujimoto, we have only two things going for us, Quality and Integrity. I have no sponsors; no rich Father or powerful Aunt, all I have is my Word and addiction to Quality”, he added. Ogundele further said that many businesses will witness a change post-COVID-19 because change is the only permanent thing.

“We will be doing a lot more of commercial real estate than residential. We don’t want to do a lot of off-plan sales anymore except for special residential off-plans,” he added. 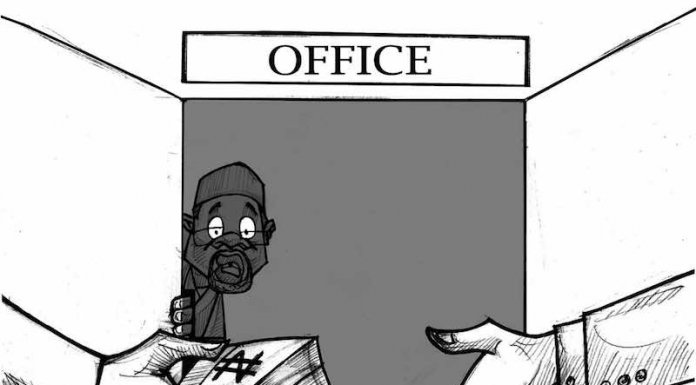 The Ideology of Corruption