Since the inception of the President Muhammadu Buhari administration, one of its biggest moves so far is the current audacious plan to provide the country with uninterrupted power supply that had eluded it for so long.

To achieve that, we are told that the Buhari government last July, entered into a bilateral or country to country agreement where Siemens, a German company is to begin the process of rehabilitating the dilapidated power infrastructure across the country after which it would move to expand power capacity from the current 13000 megawatts to 25000 over a period of six years.

Nigeria’s quest for uninterrupted power supply is now legendary. Yet, despite the huge investment by government in the power sector, very little results are achieved in the end. The corollary of this is that the country gradually slipped from being a productive country that it was in the 80s to a consumptive country with capacity utilization dropping from optimum to below 30%.

Given the importance of power to production, the lack of it has ushered in an era of high rates of unemployment and crime, high cost of running businesses because of energy cost, high prices etc. Which is the reason every succeeding administration including Buhari has made power supply a cardinal point in its development agenda.

Already, the administration has activated the process to make this a reality. A presidency tweet from @NGRPresident handle announced last month that “President @MBuhari has directed the Ministries of @PowerMinNigeria and@FinMinNigeria, and the Bureau of Public Enterprise (BPE) to conclude the engagement with Siemens AG to commence the pre-engineering & concessionary financing aspects of the Presidential Power Initiative.”

Signifying his intention to end the country’s power challenges, “Our goal is simply to deliver electricity to Nigerian businesses and homes. Our intention is to ensure that our cooperation is structured under a government-to-government framework. No middlemen will be involved so that we can achieve value for money for Nigerians,” Buhari said at the time.

It was learnt according to Bloomberg, that the project will be financed by concessionary loans covered by Euler Hermes Group SAS, a large provider of credit insurance, the statement said. The government will “on-lend” the funding to the shareholders of Nigeria’s power distribution companies and Siemens will have sole responsibility for selecting its contractors.

It was gathered that to ensure fairness and transparency of the intervention, Buhari has also directed that the International Finance Corporation (IFC) should be engaged to assist in developing the commercial structure of the intervention, as well as in undertaking an independent company valuation of the discos.

It has been hi fives and backslapping ever since this deal was sealed with many hailing it as heralding a new era in the power sector. Without a doubt it is but I am not in full agreement with the administration’s approach and model adopted in striving to solve the power problems bedeviling this country and I have my reasons.

Apart from sealing a country to country agreement, whatever that means, the administration has not demonstrated that it is effectively doing anything different from what previous administrations have done and ended failing to achieve any meaningful results in the long run.

What do we mean by country to country agreement? Is Germany a power company? What is the benefit of this country to country agreement when other countries like the United Kingdom, USA, Japan, Canada, etc were not involved? Why Siemens and why Germany? Did Nigeria invite other countries to participate in this power bid? If no, why? How did Siemens emerged as the preferred bidder. Who conducted the bid, where and when and who are the other bidders?

Per adventure, it unravels that Siemens emerged under the past Goodluck Jonathan’s administration, why did the succeeding Buhari accepted a company prequalified by an administration it terms fantastically corrupt? Could it not have been more transparent if the exercise was voided and another more transparent bid called?

To ensure the much vaunted transparency, I had expected the administration to call for an international open bid inviting local and international companies to bid for the power projects which they would eventually rehabilitate and expand then operate for the agreed number of years.

There is no sense in dragging Germany into a power deal in such a straight forward matter. Germany itself as a country does not get involved in such banal issues like generating, transmitting and distributing electricity. The job of government which the Germans have done is to set up an effective regulatory structure on which the power investor could easily key in and not the other way round. Government has no business in running businesses as it is being touted here.

Who told the federal government that Siemens is the biggest power player in Germany? If this government was serious and actually wanted to achieve anything meaningful, it would have asked the German government to introduce its leading power or energy company for this project and I bet you no one would mention Siemens.

My expectations were that the administration would have liaised with the International Finance Corporation, World Bank and other multilateral finance corporations to assist in getting reputable power companies to come and invest in our power sector which would have been concessioned to them in the them.

I still do not know why government insists on playing actively in the power sector when it is very clear that its several interventions have failed completely. I had expected the Buhari administration to chart an entirely different course like concessioning and hands off so it can achieve different results.

One of the ways I had thought that should go is to adopt the current geopolitical zonal positions and concession the blocks to the power investors.

After that a reputable local or international consulting firm could be engaged to evaluate the power investment potential in each of the geopolitical zones and then produce term sheet and commercial structure of investment advising government on the way forward.

With this in place, the federal government would have then engaged the international finance corporations to come and help it set up an international bid inviting interested local and foreign power investors to bid for each geopolitical zone of their choice based on the investment advice provided by the consultants.

Each of the preferred bidder for each geopolitical zone would take full charge of energizing the zone. There could also be another model that allows more than one investor per zone. Ultimately, the objective is for the power investor to take full charge of generation, transmission and distribution.

I am also of the view that the oil majors currently flaring gas in the country today should have also been key players in this power dynamics because they fill a very strategic gap in the power ecosystem and lack of gas supply is often a major reason for why the gencos claim they can not generate electricity.

My take is that government would have sat back and put up a regulatory framework, provided sovereign guarantees spanning several years. This would have been to enable them recoup their investments plus profits over the agreed concessioned period. In addition, it would have made it possible for the power sector to run on auto pilot where key power investors would have taken full control. I also believe government financial involvement in the Siemens deal is needless, wasteful and money down the drain. The power investors would have been responsible for funding the entire operations from funding provided by the international finance corporation.

Nigeria with its landmass and population of over 200 million people is too big for its power needs to be handled or provided by a single company like Siemens.

The current Siemens deal in my estimation is far from transparent. It has created monopoly and exposed the country to ridicule and sabotage. Without a doubt, the Siemens deal is very opaque, shrouded in secrecy and shuts off competition. I believe that the federal government has myopically shot itself on the feet by putting all its eggs in one basket. In the event that Siemens pulls out of this deal what happens next?

Terrorism and Banditry in Nigeria

Terrorism and Banditry in Nigeria 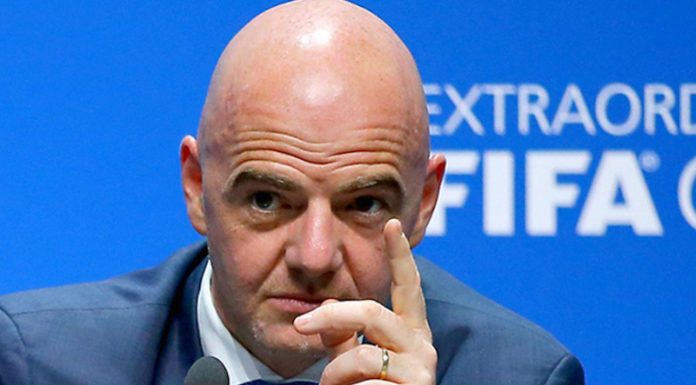 Edo and the Drumbeats of War