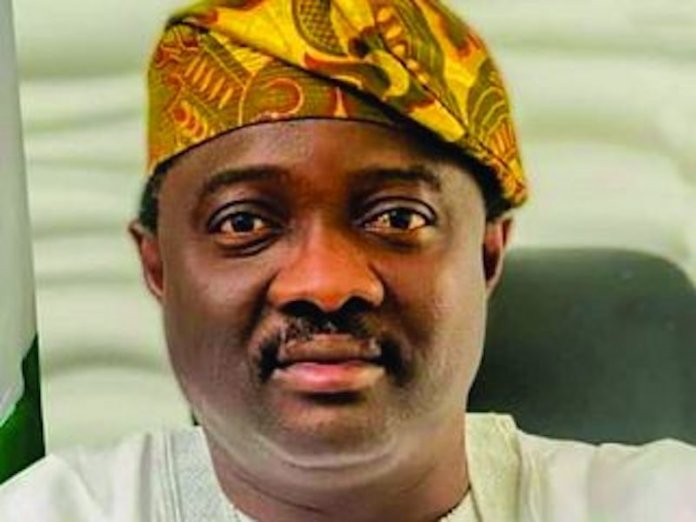 The Deputy Speaker of the Oyo State House of Assembly, Hon. Biodun Fadeyi, yesterday said the Assembly has passed no fewer than 90 bills and motions in the last one year.

He made the disclosure yesterday while speaking with journalists at the Assembly complex in Ibadan, the state capital, immediately after its sitting.

The Deputy Speaker said prominent among the bills passed were the anti-open grazing bill; Amotekun Corps bill; Oyo State anti-corruption agency bill; bills for the creation of additional ministries such as Ministry of Energy, Ministry of Investment, Trade and Industry, Ministry of Public Works, Infrastructure and Transport, and Ministry of Women Affairs and Social Inclusion.

According to him, the anti-open grazing bill was meant to curb the excesses of herdsmen, while the Amotekun Corps law was meant to ensure the protection of lives and property in the state, disclosing that in this era of coronavirus pandemic, he was able to provide some relief materials to support his constituents in a bid to cushion the effects on the people.

The lawmaker, representing Ona Ara state constituency, denied insinuation that the Assembly is an appendage of the executive arm of government, noting that members of the Assembly would not hesitate to pass requests from the governor that would bring development to the state.

He said: “The work of the ninth House of Assembly has been hectic. We have been up and doing in the last one year. The Assembly has been very busy despite the COVID-19 pandemic. We have passed over 90 bills and motions combine, both private and executive. All these were done as part of our responsibility apart from the oversight functions. Our primary role is to make laws in the state for the betterment of the people.

“When we came on board, we sponsored a bill-the Oyo State anti-open grazing bill-sponsored by the Speaker and myself, to discourage open grazing in the state. Then we passed the Amotekun Corps bill too.”