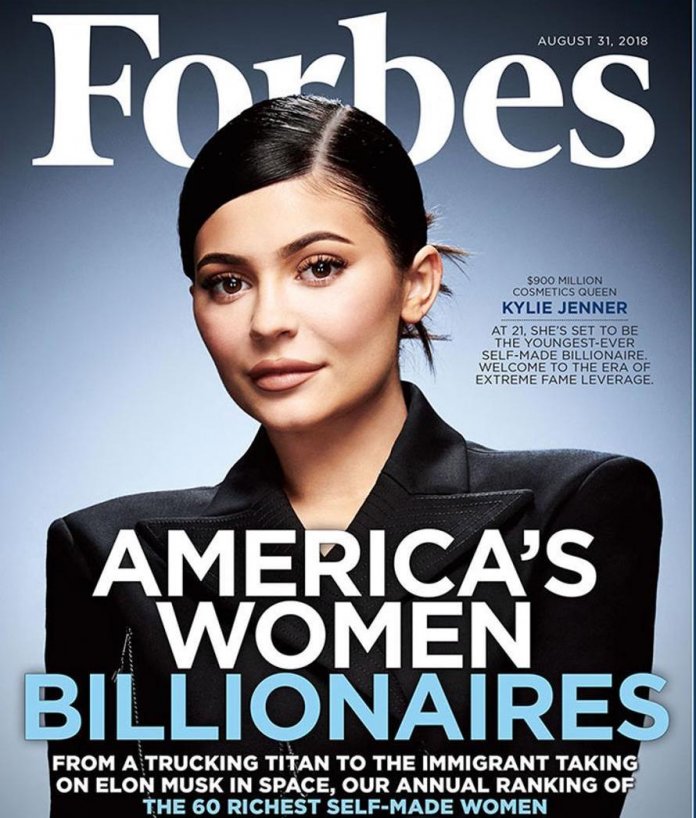 When Forbes magazine revealed the 10 youngest members of the 2020 billionaires list this year, one name was echoed louder than the rest on the list: Kylie Jenner, the youngest of the Kardashian-Jenner clan. Kylie, 22 was labeled the youngest self-made billionaire, a title Forbes has been promoting since it released its 2018 list of America’s Women Billionaire where the 20-year-old Jenner at the time clinched the No 27 spot. Her wealth, worth $900 million was attributed to the success of her cosmetics line, Kylie Cosmetics and the magazine forecast that she was on her way to become the youngest self-made billionaire. Kylie’s famous wealth got a boost when she reportedly inked a deal to sell a 51% stake in Kylie Cosmetics to beauty giant Coty Inc. for $600 million.

But in a new report Friday (today), Forbes claimed that Kylie was not a billionaire as the family had misled many to believe.

“Filings released by publicly traded Coty over the past six months lay bare one of the family’s best-kept secrets: Kylie’s business is significantly smaller, and less profitable, than the family has spent years leading the cosmetics industry and media outlets, including Forbes, to believe.”

In a breakdown of how the Jenner arrived at the glorified spot, the magazine admitted that it was skeptical initially of the influencer’s expanding wealth but with documents authenticating the reports from family, business partners and even the media, the veracity of her claim was no longer doubted.

“Any doubts that Kylie wasn’t a billionaire were seemingly erased in November 2019, when $8.6 billion (revenues) Coty announced it was snapping up 51% of Kylie Cosmetics for $600 million, effectively valuing the business at about $1.2 billion. The deal gave the struggling, 116-year-old Coty a hip, social media-savvy brand to help turn around its sagging balance sheet. It gave Kylie a major chance at expansion, plus a boatload of cash and apparently clear proof of her billionaire status,” the magazine reports.

But the alarm bells began to ring when stock analysts displayed skepticism on the success of the celebrity brand.

“It looked like Coty was paying way too much for a celebrity brand that could prove to be just a fad, one charged. Another asked how Coty could be sure Kylie will remain committed to promoting the business in the years to come.”

By the time the magazine began to go through Kylie financials, the figures were no longer adding up.

“Revenues over a 12-month period preceding the deal: $177 million according to the Coty presentation—far lower than the published estimates at the time. More problematic, Coty said that sales were up 40% from 2018, meaning the business only generated about $125 million that year, nowhere near the $360 million the Jenners had led Forbes to believe. Kylie’s skincare line, which launched in May 2019, did $100 million in revenues in its first month and a half, Kylie’s reps told us. The filings show the line was actually “on track” to finish the year with just $25 million in sales.”

Forbes realised that the figures were “so much smaller in fact, that there’s virtually no way the numbers the Jenners were peddling in earlier years could be true either. If Kylie Cosmetics did $125 million in sales in 2018, how could it have done $307 million in 2016 (as the company’s supposed tax returns state) or $330 million in 2017?”

As the magazine tried to wrap their head around the puzzling date, they concluded that Kylie’s business quietly declined by more than half in a single year.

“If so, Coty paid up for a ‘high-growth’ brand that is actually a much smaller business than it was just a few years ago.”

But they doubted too that the business would have failed at such pace. The only plausible explanation was that the business was never that big to begin with, “and the Jenners have lied about it every year since 2016—including having their accountant draft tax returns with false numbers—to help juice Forbes’ estimates of Kylie’s earnings and net worth. While we can’t prove that those documents were fake (though it’s likely), it’s clear that Kylie’s camp has been lying.”

According to the magazine, Jenner’s quest to be recognised as a billionaire stemmed from a need to save her public image after she was accused of using lip fillers injections.

“Far from embarrassed about being caught in a lie, she—and her shrewd mother, Kris—seized it as a marketing opportunity.

With $250,000 of her earnings from modeling, endorsements and ‘Keeping Up With The Kardashians’ appearances, Kylie launched her first batch of 15,000 lip kits, consisting of a lip liner and matching lipstick, in November 2015.”

With the available facts, the magazine recalculated the youngest Jenner’s net worth and concluded that she’s not a billionaire.

” A more realistic accounting of her personal fortune puts it at just under $900 million, despite the headlines surrounding the Coty deal that seemed to confirm her billionaire status. More than a third of that is the estimated $340 million in post-tax cash she would have pocketed from selling a majority of her company. The rest is made up of revised earnings based on her business’ smaller size and a more conservative estimate of its profitability, plus the value of her remaining share of Kylie Cosmetics—which is not only smaller than the Jenners led us to believe but is also worth less now than it was when the deal was announced in November, given the economic effects of the coronavirus.”

The magazine said that the Jenners has stopped responding to their questions when pressed for answers.

editor - August 4, 2020 2:28 am
21
The relationship between Nigeria and China with regard to loans obtained from the latter to fund Nigeria’s infrastructural projects suddenly became a matter of... 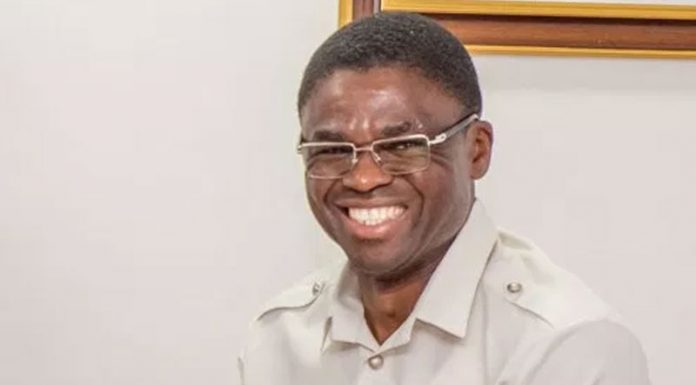 No Amount of Kneeling will Save Oshiomhole, Says Shaibu

Shehu of Borno: Our People Now Live in Fear