With his colleagues on his side, the Speaker of the Lagos State House of Assembly, Mudashiru Obasa, is doing everything possible to fend off sundry allegations of corruption, Davidson Iriekpen writes

These are not interesting times for the Speaker of the Lagos State House of Assembly, Hon. Mudashiru Obasa. Lately, just like most politically exposed persons, he has been in the news for the wrong reasons. His accusers are alleging corruption against him.

For instance, Obasa found himself in the middle of allegations by an online medium which claimed that he used a company known as De Kingrun Multipurpose Nigeria Limited to secure contracts from the assembly and ministries for himself to launder public funds. In a story titled: Exposed: Speaker of Lagos Assembly, Obasa, Awards Contracts to self through Company Registered in son’s name.’ the online medium added that the speaker used the names of his father, wife and children to register the company. It further alleged that he owns several other companies, which he used to receive contracts from the assembly.

But undaunted, the speaker, a lawyer, has dared his accusers to prove the allegations or face a lawsuit. Describing them as detractors, he said he is determined to protect his hard-earned reputation built right from his days as a councillor from 1999 to 2003 when he first got elected into the assembly.

The lawmaker, who has been in the House since 2003 as part of the fifth, sixth and seventh assemblies, feels that his political career is unblemished and unquestionable. Though he did not deny owning the company, but challenged the medium to publish the contract date, location, amount and agreement.

“Let me also join you to emphasise that what was published has nothing to do with me. The fact remains that De Kingrun has no relationship with the Lagos State House of Assembly. At least, they have alleged and they must be able to prove by giving out the name of such contracts, the amount, the location, the date and the contractual agreement.”

Even his lawyer, Lawal Pedro (SAN), has taken up the battle on his behalf. He has not only dared the accusers to prove and substantiate the allegations, demanded a retraction for face a lawsuit.

Pedro, in a demand letter to the online medium’s publisher, said the unsubstantiated claims repeated in the reports confirmed Obasa’s suspicion “that you and your organisation for reasons best known to you are pre-occupied with personal resentment and hatred neither warranted, necessary, proper nor justified against him”.

The SAN, in the April 30 letter, added: “We were able to confirm that the House of Assembly has never at any time engaged or awarded any contract to any of the listed companies in the publication.

“Therefore, we find the publication utterly absurd, abusive, malicious and amount to irresponsible journalism to deliberately tarnish the image of the Honourable Speaker of the Lagos State House of Assembly (our client).

“Our client has been greatly injured in his credit, character and reputation and his office and has been brought to unwarranted hatred, ridicule, public scandal, odium and contempt before his friends, associates, Constituents, the State, the country and the world as a whole.

“No responsible media organisation will hide under media freedom or freedom of expression to deliberately peddle false and malicious statement to injure any citizen’s reputation and credit.

“In the circumstance, it is our client’s instruction and we hereby demand of you, within seven days of receipt of this letter a retraction of the said false, malicious and defamatory publication against our client through your online publication, social media platforms and three national newspapers circulating in Nigeria. You are also to tender a written unreserved apology to our client for the publication.

“Take notice that, if you fail, refuse or neglect to meet our client’s humble request within the stipulated number of days, we have his further instruction to commence legal action against you and your organisation for the malicious defamatory publication and to claim N1billion damages,” Pedro wrote.

Even a lawyer, John Jacobs-Adeniyi, has urged Obasa and the assembly to pursue the matter to the logical conclusion if the medium does not retract or substantiate the reports.

He said: “Journalism should be practised responsibly. The report by an online medium maligning the person of Speaker Obasa is an abuse of the platform, with those behind it out only to achieve selfish rather than a public good.

“How can a person high up in a position of Speaker give such a huge amount as N50million to thugs to burn down an online news reporting platform’s office, without the medium providing evidence to back it up? Is money now so cheap to come by in the country?

“Could it be that such an incredulous accusation was sponsored? Why would a responsible platform risk the publication of such spurious accusations? The truth is that the speaker should pursue this blackmail to its logical legal conclusion,” he concluded.

Perhaps, the turning point of the allegations was when Obasa’s colleagues in the assembly rose in his strong defence over what they termed “false”, “malicious” and “unsubstantiated” reports against him by the notorious online medium. They challenged the online medium to provide evidence of the allegations, even as they tasked the speaker, through his lawyer, not relent in challenging the issue in court.

During plenary penultimate Monday, the assembly vehemently denied that it spends N17 million monthly to maintain Obasa’s residence and guest house. The Clerk of the assembly, Mr. Azeez Sanni, said the report was aimed at portraying them in a bad light.

Sanni added: As the Clerk of the House and Head of Administration, I want to say categorically to the public that this House has not had any business dealings with the mentioned companies.

On the allegation that the company handling the project was registered in 2015, the same year Obasa emerged as Speaker, the Clerk wondered how a company supposedly registered in 2015 would be engaged in 2018 if it is truly in the Speaker’s interest.

“I believe if it is truly investigative journalism that the medium is practising, it should get the other side of the issue before they rush to publish lies. The medium is known to publish lies as they published recently that former Speaker of the House of Representatives was dead. But this is one that you can see that the medium was telling lies because we have a procurement law and there are procedures stated by the law.

“If a contractor makes an overture to the assembly for contract bidding, it is not just what he came with but what the assembly eventually agrees. I remember in 2012, I was a member of this assembly and I remember the amount that was budgeted was N27million monthly but when Obasa emerged as Speaker he reduced it to N17 million.

“I think the medium needs to be cautioned as it has shown that whatever that is giving them is published without crosschecking. Mr. Speaker, this House has the power to sue because the lies by this medium are getting too much.”

The lawmaker representing Ifako Ijaiye 2, Temitope Adewale, who corroborated Olowo’s submission, stating that the online medium’s publisher was a loser who was recently accused of mismanaging his party’s campaign fund.

“We don’t need to waste our time over his publication. We can explore the legal means by suing the medium,” said Adewale.

The lawmaker representing Eti Osa 2, Gbolahon Yishawu, emphasised that the medium was trying to incite the public against the speaker and the assembly and that an attack on Obasa was an attack on the entire members.

On his part, the Chairman, House Committee on Information, Strategy and Security, Tunde Braimoh, added that the medium did not reach out to the assembly to get their side of the story, adding that the report was malicious.

“It shows the medium and its co-travellers would not get anywhere and we are not ready to join issues with it. I agree with you that we don’t have to waste our time on it. We remain resolute,” Obasa said.

For many observers, the allegations could just be a wake up call on Obasa to be aware that the seat he occupies is one that is bound to attract public attention for him to always properly conduct himself. They believe that for him not to down the way of his predecessor, Adeyemi Ikuforiji, he has jettison the defence of his colleagues and challenge the allegations in order for him to clear his name and integrity accordingly. 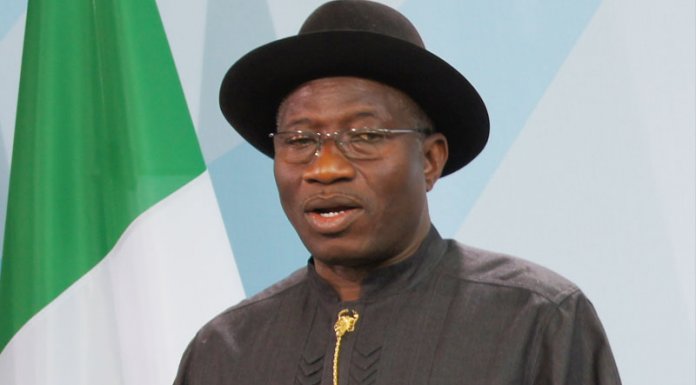 Jonathan Returns to Mali for Implementation of ECOWAS Road Map