A coalition of advocacy groups and professional bodies has faulted the Control of Infectious Diseases Bill, noting that some of its provisions violate the 1999 Constitution that guarantees fundamental rights to private properties, assemblies, human dignity and civil liberties.

The coalition, including the Advocates for Freedom and Democracy and Coalition against Mandatory Vaccination in Nigeria, alleged that the bill, if enacted, would create a number of avenues where chip implants could be smuggled in under the guise of controlling of infectious diseases.

In a statement by its National Coordinator, Prof. John Oginni and National Chairman, Rev. Tony Akinyemi, the coalition warned that the infectious bill portended grave dangers to our physical, mental, and spiritual health.

In specific terms, the coalition identified instances of summary abrogation of human rights, dignity and civil liberties and also the issue of mandatory vaccination with the possibility of chip-implants under the sections that addressed vaccine delivery, certification and surveillance.

The coalition rejected sections 6(1-2), 13(1,4) and section 70 of the bill on the ground that the document vested so much power on the Director General of the Nigerian Centre for Disease Control and Prevention (NCDC).

It argued that the power of the director-general would infringe on fundamental rights and civil liberties of citizens suspected of having an infectious disease, a judgment for which he could not be personally held liable even if it was wrong.

It, also, said the bill breached fundamental rights to private properties and assemblies, saying the bill empowered NCDC’s director-general “to summarily declare ‘any premises’ an isolation area under section 15(1).

“If in his opinion any building is deemed overcrowded, the occupants could be asked to disperse with immediate effect, failure of which a police officer can thereafter come without warrant and use such force as may be necessary to close the building, and worse still, the owner or occupants will be required to settle the expenses incurred in the exercise.”

Under section 8(4), the coalition explained how the infectious disease bill “will affect healthcare professionals if eventually enacted. They are required to transmit whatever information the director-general asks them notwithstanding any restriction on the disclosure of such information by any written law, rule of law, rule of professional conduct.”

By implication, the coalition explained that the opinion of NCDC’s director-general could override any written law, which it said, obviously did not exempt the nation’s constitution and fundamental professional ethics.

For instance, it said: “All these provisions not only grossly flout several provisions in Chapter IV of the 1999 Constitution (as amended), they also violate with impunity the requirements and protocols stated in sections 9, 21, and 22 of the NCDC Act 2018 and section 9.1 of the International Health Regulations (2005) to which Nigeria is a signatory.

“All these provisions not only grossly flout several provisions in Chapter IV of the 1999 Constitution (as amended), they also violate with impunity the requirements and protocols stated in sections 9, 21, and 22 of the NCDC Act 2018 and section 9.1 of the International Health Regulations (IHR, 2005) to which Nigeria is a signatory.”

Although the bill did not specifically mention chip implants, the coalition observed that there “are a number of avenues where chip implants can be smuggled in under the guise of controlling of infectious diseases in Nigeria, if it is passed as presented.

“A chip implant can quickly lead to the absolute abrogation of human rights. The implantee is literally turned into a cybernetic-organism, which is a fanciful name for a zombie. The mind of whoever receives the implant becomes totally controlled by the owner of the technology, resulting in an enslavement that is worse than hypnotism or drug-dependence.

“Sadly, we perceive that this is the ultimate aim of this bill, which is evidently being pushed by foreign elements under the cover of the COVID-19. Health, however, is way beyond just having a body free of COVID-19! It is a state of complete physical, mental and emotional well-being.”

It, thus, demanded amendment of sections of the bill focusing on vaccine delivery, certification of vaccination, and surveillance, noting that the sections were associated with mandatory vaccination, to block loopholes that could facilitate the introduction of chip-implants into the bodies of Nigerians.

The coalition added that mandatory vaccination was neither justifiable nor acceptable, disclosing that sections 46(1) and 47(1) of the infectious bill made it mandatory for every child and adult in Nigeria to be vaccinated against the diseases set out in the Fourth Schedule of the bill.

Under section 30(1), it observed that the bill would require every person on an international voyage whether leaving or arriving in Nigeria’ to produce valid international certificates of vaccination or other prophylaxis to a Port Health Officer (1b).

It, however, rejected these provisions, which it argued, were predicated on issues of safety and efficacy of vaccines especially when administered to the general population indiscriminately, not taking individual genetic and physiological constitutions into consideration.

It warned that the safety record of mass-deployed vaccine was so appalling that vaccine manufacturers bluntly insisted they could not be held responsible for or be liable to adverse outcomes resulting from their use.

editor - August 4, 2020 2:28 am
22
The relationship between Nigeria and China with regard to loans obtained from the latter to fund Nigeria’s infrastructural projects suddenly became a matter of... 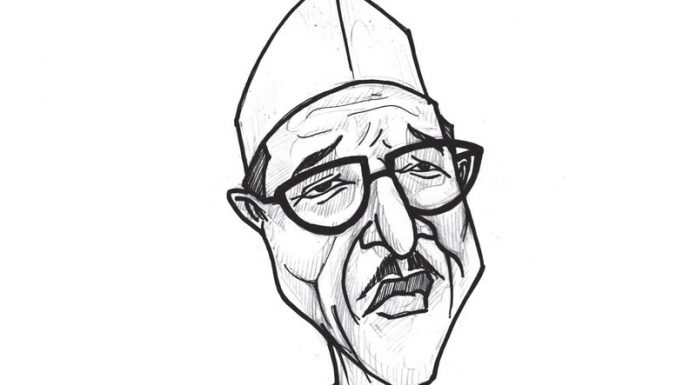 A GOVERNMENT IN DISARRAY