The appointment of Ibrahim Agboola Gambari, distinguished Professor of International Relations, as President Mohammadu Buhari’s Chief of Staff, holds implications for the dynamics of the power equation at the presidency and the potential legacy of the President.

First, the man has been involved in the skirmishes of diplomatic and managerial responsibilities. In his new position and from the immensity of his experiences in powerful positions, Prof. Gambari, is well aware of the fact he will be a political arbiter, the president’s chief defender, protector of the territorial governing zone for the president and it must be said Co-protector of himself. From the realities of the president’s schedule and wellbeing, Gambari might as well be a more powerful Chief of Staff than the late artful but controversial Mallam Abba Kyari , who was his immediate predecessor.

Second, he will have to contend with the influential persons, loyalists and kinsmen of the president . The battle for the control of the direction of the presidency is usually dynamic given the factors at play.

Third, in the minds of his critics, he should not have served as an international relations counselor to late former dictator General Sani Abacha. Especially, taking cognizance of the fact that Abacha committed egregious abuses of human rights of Nigerians and like Buhari before him truncated the march of democracy. Although, it is important to note that he was Nigeria’s United Nations Ambassador prior to Abacha coming to power. Between 1984 and 1985, he served as Minister for External Affairs under the military regime of Buhari. He has the remarkable record of being the longest servicing Nigerian ambassador to the United Nations working with five heads of state and presidents.

Fourth, the questions remain on the expediency of taking political appointments with little regard to the fundamental issues beclouding the principal of whom they have taken assignment as “national service.” This same question should be asked of other professionals and politicians for fairness and judicious considerations. It is important to note that there are politicians and academics who served various military dictators and tireless tyrants who masquerade as born again democrats. It is one of magical transformations of desperate politicians in the federal republic of Nigeria. There were so many who worked against genuine democrats and schemed for double faced military dictators. In fact, Abacha’s gang took their lobbying to Washington DC.

In March 1998, I recall being in South Africa on assignment with former President Bill Clinton when he addressed a press conference with then President of South Africa, late Nelson Mandela. The state department and White House officials were taking conflicting positions on Sani Abacha’s quest to remove his military uniform in order to succeed himself as civilian president. I asked Mike McCurry, Clinton’s press secretary, to clarify the position on whether the US was supporting the illegal scheme and he said, ‘no.’

Fifth, is a sense of hope that Gambari will bring his effective diplomatic and technocratic skills to calm and improve on the harsh tenor and evident nepotism of his current principal , retired general Buhari. There are legitimate concerns by many that the presidency has made many sectional appointments considered to be rather clannish and nepotistic in the most unusual ways in the composition of security staff and federal agency appointees. It is interesting that the justification of the presidency’s claim to “federal character “ balance rests only on constitutionally obligated appointment such as ministerial picks. Even the president’s most faithful defenders make tortuous and diversionary meandering in attempting to explain the clear evidences of skewed appointments in the security and armed forces leadership of the country as well as federal agencies.

Specifically, there is a sense of the continuation of the selection of persons of certain ethnic origins as preferred individuals as being trustworthy to be in the president’s innermost circle. Yet it is important to note that the distinguished Secretary of the Government of the Federation (SGF), Boss Mustapha, is a Christian.

On Wednesday, May 13, 2020, Prof. Gambari gave a summary of his new role to one of the hardest working television presenters in Nigeria, Seun Okinbaloye , of Channels TV. He said he has two assignments. First is to offer honest advise to the president. The second is to manage the staff of the presidency. Such clearly defined articulation of responsibility will be incomplete without taking consideration of the fact of the realistic potency of the position under a president who has delegated so much power in the execution of the agenda of his office.

From Prof. Gambari’s outstanding roles as a conciliator and facilitator of international repute tackling troubled groups and issues from the United Nations, it is not far fetched to believe that he will make a difference towards enhancing the Buhari legacy. The key question remains; will Gambari manage Buhari’s  presidency to a redemption song? Only time will tell. 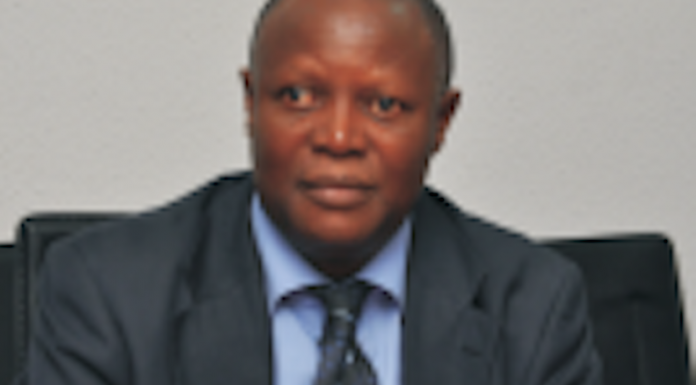 The Day Omoyele Sowore was Humiliated