Republic of Chad, a member of the Multinational Joint Task Force (MNJTF) against the terrorist groups, Boko Haram and Islamic State’s West Africa Province (ISWAP), has issued Nigeria and Niger Republic an April 22 ultimatum to reoccupy territories Chadian troops seized from Boko Haram because it will withdraw its forces from those locations by that date. President of Chad Idris Deby said he had warned the two countries that his forces would move out of the bases seized from the jihadists by April 22, regardless of whether their armed forces moved in or not.

Speaking in an interview, Derby said his troops deployed to fight jihadists in the Lake Chad region and the Sahel will no longer take part in military operations outside national borders.

“Our troops have died for Lake Chad and the Sahel. From today, no Chadian soldiers will take part in a military mission outside Chad,” he told national TV in Arabic. His remarks were broadcast in French on Friday.
The Chadian president’s position depicted widening cracks in the coalition, which he said was the outcome of poor commitment to the war against insurgency by other coalition partners.

Derby had led his troops in a counterattack that decimated about 1,000 Boko Haram fighters, prompting the leader of the terror group, Abubakar Shakau, to appeal to his fighters not to be deterred by the onslaught against them by the Chadian troops. Chadian armed forces said they had wound up the operation against Boko Haram in the Lake Chad region, saying 52 soldiers have been lost and a thousand jihadists killed.

The four countries bordering the lake – Nigeria, Chad, Niger, and Cameroon – and Benin Republic had in 2015 set up the military coalition, MNJTF, to fight Boko Haram. But Chad, which has some of the strongest armed forces in the Sahel, showed frustration with the MNJTF following the Bohoma losses.

“Chad is alone in shouldering all the burden of the war against Boko Haram,” Idris publicly complained last weekend.

In announcing the end of the offensive on Thursday, the army said its troops had expelled jihadists from Chadian soil and had advanced deep into Niger and Nigeria. Derby said he had warned those countries that his forces would move out of bases seized there from the jihadists by April 22, whether their armed forces moved in or not.

Army spokesman, Colonel Azem Bermendoa Agouna, told the AFP news agency that 52 troops died during the operation, which was launched on March 31.
“A thousand terrorists have been killed, 50 motorised canoes have been destroyed,” Agouna said, referring to a large boat also called a pirogue.

Agouna said the operation, which was launched after nearly 100 soldiers were killed in a Boko Haram attack last month, ended on Wednesday after the armed fighters were forced out of Chad.

It was the first official snapshot of the outcome of Operation Bohoma Anger, launched after about 98 soldiers were killed on March 23 in the deadliest-ever attack by Boko Haram on the country’s military forces. The armed group had mounted a seven-hour assault on a Chadian army base at Bohoma.

The Chadian expedition and declarations of Derby triggered a flurry of activities in Nigerian military circles. The Defence Headquarters said on Tuesday that Chad would not take the glory of Nigeria’s gallantry and contributions to the war against insurgency. Coordinator of the Directorate of Defence Media Operations, Major General John Enenche, said Nigeria was not slowing the pace of the war, as claimed by Derby.

Enenche stated, “To say that we are slowing down the war is not true at all. By our mandate, you can go in pursuit of insurgents and criminals for 25 kilometres without consultation.

“For His Excellency (President Derby) to say that is not right. They are playing their part of the game. It’s not true.”

Enenche said Nigeria fought in Sierra Leone and other countries where it left a legacy of restoration of democratic rule and “somebody wants to take glory with 30 men. When you are in a situation like this and it is coming to an end, some people will be trying to take the glory. It is a distraction for a military to say I’m taking the glory. We have done so much there.”

Musa stated, “The Nigerian Army’s attention has been drawn to the statement now circulating on social media claiming the security and defence forces of Chad are deeply stationed in the islands of Niger and Nigeria, waiting to handover to the respective armies of these friendly nations. Nigerian Army wishes to state that there is no Chadian or any other foreign country’s troops on Nigerian side of the Lake Chad or in any other part of the Nigerian territory. As a responsible organisation, the Nigerian Army finds it necessary to clear the wrong impression or misinformation for history and posterity as well as to avoid spreading falsehood and mischievous publications.”

The army said regarding the Chadian onslaught on Boko Haram, “The operation was especially welcomed and supported by the Nigerian Army because it would deny the insurgent’s rear and logistics bases in Chad from where they often plan and launched attacks into Nigeria. It is hoped that the Chadian forces will sustain operations on their side of the border to permanently deny Boko Haram criminals of rear bases from where they can launch operations into Nigeria.”

The statement further declared, “For the avoidance of doubt, the Chadian Operation Bohoma Wrath took place only in Chadian territory and not on Nigerian territory. The Chadian security and defence forces did not cross into Nigerian territory during the operation and, thus, there are no Chadian troops holding any Nigerian territory.
“The Nigerian military is fully committed and in total support of the continued cooperation between Cameroon, Chad, Niger and Nigeria to finally and speedily decimate Boko Haram/ISWAP criminals and put final end to terrorism in the region.”

The statement said, “Members of the public are requested to disregard the claim and misleading information that the Chadian security and defence forces are deeply stationed in the islands of Nigeria waiting to handover.”
It also said the Chief of Army Staff, Lt General Tukur Buratai, had relocated to the North-east.

editor - July 14, 2020 2:47 am
22
TUESDAY WITH REUBEN ABATI BY REUBEN ABATI  Who is afraid of Ngozi Okonjo-Iweala, Nigeria’s nominee for the soon-to-be-vacant post of Director General of the World... 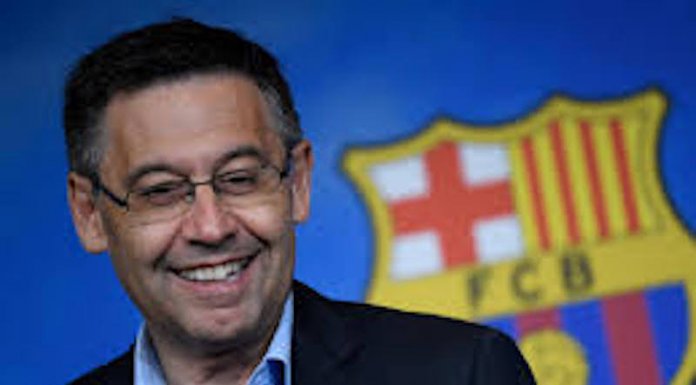 ‘WE ARE HERE FOR THE PEOPLE’