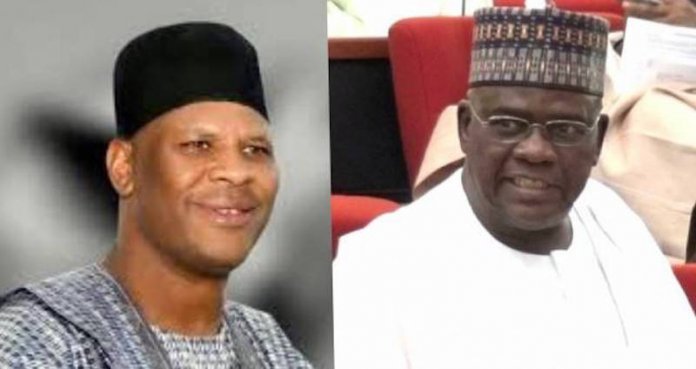 Dahiru H. Kera writes that APC should put its house in order in Gombe

Every right-thinking mind must at this time be occupied with possible ways out of the prevailing challenges bedeviling us as humanity. We all should engage in fervent prayers against the widespread and devastating effects of the COVID-19 while supremely complying with the precautionary measures put in place by the relevant authorities.

But the current political crisis rocking the Gombe State chapter of the ruling All Progressives Congress (APC) is a cause for concern as it will tamper with the progress of the state most certainly. This is so for people who have been keenly following the political history of the state, especially the decades’ long relationship between Sen. Muhammadu Danjuma Goje and his political son, Usman Bello Kumo.

Many were stupefied when Goje declared recently that he would be retiring from active and elective politics at the end of his third tenure in the red chamber of the National Assembly by 2023.

Regrettably for the APC in Gombe State, this crisis is coming at a time many of their followers are grieving over Goje’s declaration to quit active politics and its obvious and grave consequences on the party’s success going forward.

Truly, for the party, it calls for worry when their courageous general who has fought several wars and won in the battlefield decides to bow out; it, necessarily, demoralizes other soldiers at the frontline and consequently affects the next dimension of the war.

Senator Goje, a former state assembly member, former minister, two-term governor of Gombe State, and third term senator, is a political general and a brand that has, apart from having successful political outings over the decades, trained many politicians not only in Gombe State or the North-east geo-political region but in entire Nigeria.

To those who do not know, he has been instrumental to the successes of the APC in the 2015 and 2019 elections and political realignment in the country that brought the administration of President Muhammadu Buhari to power.

Goje, as APC leader in Gombe State, has led an opposition that wrestled power from the then ruling Peoples Democratic Party (PDP) and saw to the emergence of the incumbent Governor Inuwa Yahaya of the APC in the state.

In fact, Goje’s bowing out of active politics has more to it than ordinarily meets the eye; and its ripple effects on the political permutation in the state will surely be overwhelming especially for the APC in 2023.

To be fair to him, if you are talking about his feats in politics, you need to write a voluminous book.
Today, if you look at all the political office holders in Gombe State under the APC, right from the person of the governor himself, his cabinet, National Assembly members, you will discover that they cut their teeth under Goje’s political tutelage, including Kumo who has spent most of his life learning politics and clutching on every opportunity made available to him by Sen. Goje.

Consequently, in all sense of judgement, all APC members in the state owed Goje some respect and they should as much as possible protect his hard-earned reputation in the court of public opinion rather than doing the contrary as is currently being exhibited now.

Of course, many political commentators believe that, Kumo is shooting himself in the foot by fighting his political godfather. Of course, if their observations and views hold water, the reason for this would be best known to him.

Notwithstanding his reasons, the views of a vast section of the public that the former two- term governor is being betrayed is not the least flattering.
It is believed that Goje has done his best in nurturing Kumo to his present status. This is with much evidence.

Is this Goje’s offence? Besides, when Goje was about leaving the Government House as governor, he, against all odds, gave Kumo a ticket to contest election for the Akko Federal Constituency in 2011. He gave him all the support he needed to be elected as the member representing his people in the National Assembly.

Surprisingly, it was in spite of all these lifelines Goje accorded him that he contested the Gombe Central Senatorial seat against Goje in 2015 general election. However, he was defeated by his political benefactor, Goje.

It was gathered that Kumo, who seemed to have realized his mistakes of fighting his political godfather in the past, organized his family, friends, governors, religious and traditional leaders to on his behalf beg Goje for forgiveness. And what do you expect from someone who laboured to bring Kumo up?

Goje forgave him and supported him to stage a comeback to the House of Representatives in 2019.

As before, there is a renewed war between Kumo and Goje and their political allies in Akko local government area.

The questions on the lips of many of us begging for answers are: what has Goje done wrong to deserve all these and how many times does Kumo want to call his family, friends, governors, religious and traditional leaders to beg for Goje’s forgiveness as his boss?

Although I am not an APC member, as a concerned citizen, I am compelled to crave the indulgence of Governor Muhammad Inuwa Yahaya to use his privilege to weigh in on the foregoing crisis. This is because whether he likes it or not, his silence will be construed as approval and as far as politics is concerned, Goje is certainly not someone that should be treated in such a manner because what is sauce for the goose is sauce for the gander.

My utmost concern, however, is that the whole crisis is going to affect not just the APC but the state in general.

It is instructive for us all to remember that a stitch in time, saves nine! 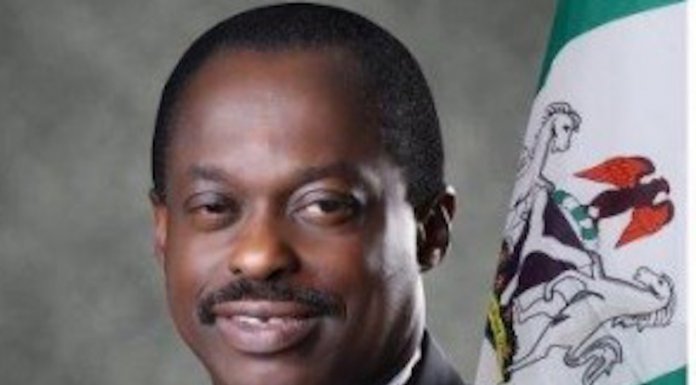 Tambuwal: Sokoto is not the Poorest State in Nigeria