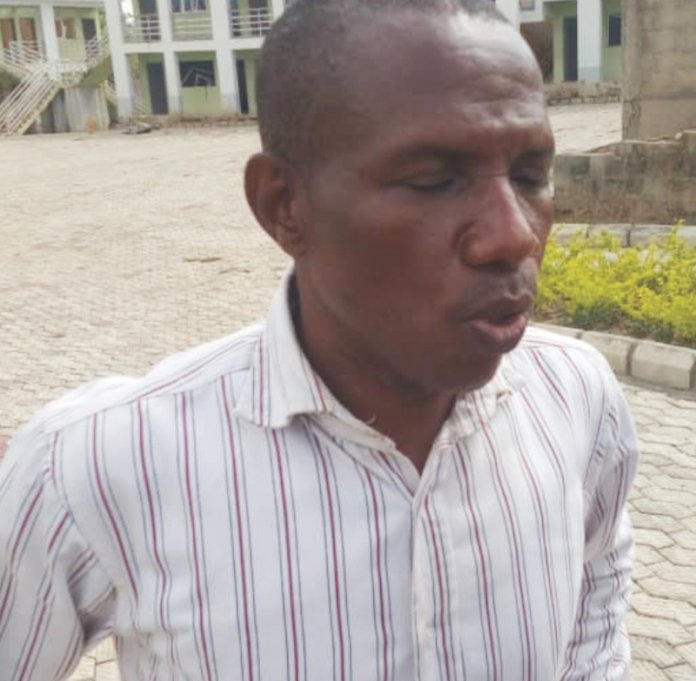 Though, there were no lives lost in the explosion that rocked a suburb of Akure, Ondo State capital, owners of properties affected by the blast are crying for assistance, reports James Sowole

For the founder of Possibility Ground Mountain for All Nations, Prophetess Oluyemi Adesida, the Proprietor of Aina Awwal International School and residents of Iluabo/Eleyowo communities in Akure North Local Government area of Ondo State, Saturday, March 28, 2020, would remain painfully indelible.

On that day, an explosion rocked the two communities that is about one kilometer from the Akure Airport, injuring no fewer than 13 persons while properties worth hundreds of millions of Naira were destroyed.

The explosion said to have occurred when a guarded explosives laden truck developed fault which caused a loud bang that created a crater which cut the ever busy Akure-Owo-Benin Highway into two.

The incident which occurred at about 1:00am penultimate weekend destroyed about 70 buildings including school and church auditorium adjoining the church premises.

The explosion also damaged several residential buildings at Iluabo leaving owners and occupants of the affected structures with tales of woes. Some of the occupants of the buildings are widows, junior civil servants, self-employed, low income earners and farmers.

Though, the two worst hit victims, the Aina Awwal International School and the Possibility Ground Mountain for All Nations lost properties worth millions, many people believe that there was cause to thank God because no lives were lost in their structures.

Awwal is a school that has facilities for day and boarding students. As at the time the incident occurred, the school had 42 students in the hostel but had been on forced holiday due to the outbreak of Coronavirus, which made the Federal Government to order closure of both privately or publicly owned schools.

But for the closure of worship centres on the order of the government, there may have been several casualties as the affected church is usually a beehive of religious activities every last Friday of the month.

While speaking with THISDAY, the Principal of Aina Awwal International College, Mr. Roland Jayeola said it was the security men in the school that informed him of the explosion and how it happened.

“The men called me around 1:20 am and told me that the explosion occurred around 1:00am. So I had to rush down here. On getting here, I learnt that a vehicle was conveying some explosives and broke down opposite the school; nobody could ascertain where the vehicle was coming from. The security man explained that he saw some men who parked their vehicle by the road and that they opened the bonnet of the vehicle trying to fix it. He said he waved his searchlight at them and saw that the three men who were fixing the vehicle started running for safety and met some policemen who were on the highway and told them about the situation while they all ran for safety and there was an explosion that led to all that we are seeing now.

“He said something has happened in the school that all the buildings had collapsed but he could not explain what led to the collapse. He couldn’t explain very well because he was shivering and devastated psychologically.

“Almost all the buildings in the schools were destroyed. About seven structures were affected

“We have about 42 boarding students but they have all vacated the school because of the issue of Coronavirus. Thank God for the government directives that all schools should close down. You can imagine what could have happened if the students were around that night. But it was only the security men that were around when the incident happened.
“I don’t think I can quantify the extent of the exact damage now. But I can tell you that it will be very close to N1billion. The least of the structure that was destroyed here cost more than N50 million and we have other things inside the buildings like all the classrooms have interactive boards, adjustable chairs, air condition, and other very valuable items,” Jayeola said.

The principal appealed to the government to come to the assistance of the school considering the level of the destruction.

“I want to appeal to both the state and Federal Government to assist us. Whatever they think they can do to help this school and other places destroyed by the blast, it will be appreciated. They should come to our aid so that this school will not collapse. We need assistance from government so that the mission of the owner of the school will not be defeated, the school was established to build sons and daughters of these communities and also to contribute to the development of the education sector in this state and country as a whole,” he added.

However, the plea of the principal changed to threat, when on Sunday a report came that the cause of the explosion was not dynamite but a natural occurrence occasioned by movement of asteroid.

Fuming over the claim that the incident may be due to natural disaster, Jayeola revealed that the proprietor of the school was aware of the identity of the company that owned the explosives that went off.

“The invoice and waybill of the explosives were with the Divisional Police Officer (DPO) of Uso in Owo Local Government Area of the state. The school would write to the State Emergency Management Agency (SEMA) to notify the agency about the level of damage done to the property of the school.

“We are expecting the representation from the company that owned the explosives that wreaked the havoc,” Jayeola said.

The principal threatened that the school management might seek legal redress if the management of the company that owned the explosive failed to respond
For Prophetess Adesida, the devastation was not only for her but for all members and non-members who only come to worship in the church.

The Prophetess said: “I have hundreds of members, this is a very big church, and the church has many members. Even those that are not our members do come here to pray. So we are many.

“I have been in this place since 2002 when it was still a forest. I have been doing everything little by little. I was praying in the night with few people, suddenly, I heard a loud sound, then the church building collapsed on me and I shouted that the Holy Spirit should pull me out of the debris and indeed it did.

“Nobody died, I have to cry to the Holy Spirit that no one must die and nobody died. We all survived it. I return all glory to God.

“They are 18 solid buildings that were destroyed within the church premises by the explosion. You can imagine how much that would cost .All the structures that were erected here were built with quality materials because I don’t believe in shoddy job.
All I need now is government assistance because even the community cannot handle this situation. I want to beg the state and federal governments to come to my aid because it is beyond our capacity. The damage is enormous.”

The tales of woe continue as other residents of the affected communities recounted their ordeal and lamented their losses as many of them; particularly widows had been rendered homeless.

Mrs. Temilade Ganiyu, a widow, in her narration disclosed she was awakened by the loud noise from the explosion and a bang on her bed.

From her checks, she realised that the whole community was in tumult. The roof of her 10-room bungalow had been torn to shreds.

She went back to her bedroom to see the cause of the bang on her bed only to discover it was a shrapnel of a rim that is about two and half feet long that fell through her roof and landed on her bed.

Picking up the metal to see clearly, she realised it was very hot which made her drop it immediately.

It then dawned on the 50-year-old widow that she just had a close shave with death.
The walls of the building cracked and all the window panes were destroyed beyond repair.

Another widow, Mrs. Ibrahim Balikis (40) saw a whole side of her six-bedroom bungalow reduced to rubble.

The set of sofa in her sitting room and bedroom were covered with debris of her fallen walls.

Messrs. Ibrahim Adam, Samuel Elias and Ayeni Babatunde had their three-bedroom structures destroyed from the explosion.

Sobbing spasmodically, the widows lamented that there was no way they could raise money to rebuild the structures except government assisted them.

They disclosed that they were being haboured by their neighbours as their homes had become dangerous to stay.