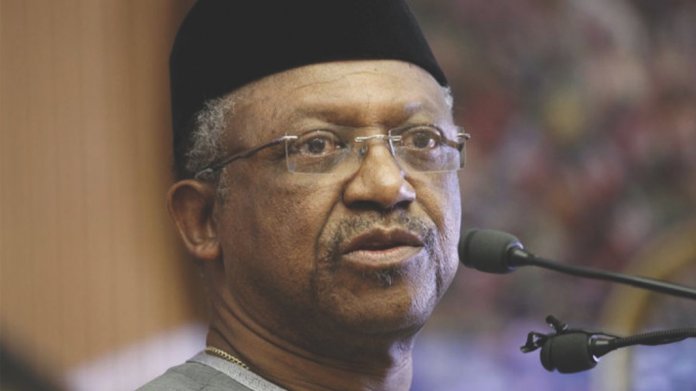 At a time world attention was focused on the trade war and negotiations between China and the United States; oil glut and its attendant consequence of a drastic drop in crude oil prices from over $65 per barrel to the current price of $23; no one, including the advanced countries with their famed technology saw it coming. But out of the blues and like a thunderbolt, the coronavirus reportedly struck in China December 19, 2019, in Hunan and Hubei provinces.

So far, COVID-19 has invaded and effectively crippled 207 countries globally, disrupted capital markets across the world, redefined social lives, national budget, means of production, consumption patterns and brought even the most advanced countries to their knees. Surprisingly, till date, there is no dependable foolproof solution in sight and what pervades the globe today is unprecedented uncertainty because of the inability to predict what may happen next. The whole world appears transfixed, at a standstill, dazed and confused.

Since the story broke that a presidential aide and Chief of Staff to the president, Abba Kyari had tested positive to the COVID-19, a clear pattern has emerged regarding the source of their infection. It has been established that the primary carriers of COVID-19 including the two who finally died, were returnees either from Europe or America and had imported the virus to Nigeria.

In order to stem the tide of the infection from spreading to local communities, the federal government ordered a lockdown of two states including Lagos, Ogun and the Federal Capital Territory, Abuja. It also announced a grant of N10 billion to Lagos and other palliatives for the states. Today, most states have initiated their respective lockdown programmes to keep citizens at home and engender social distancing.

Curiously, in Nigeria, where there is palpable fear that because of the over 200 million people and the lack of a dependable health system, the infection figures would spike, the country has so far recorded just 190 cases with two deaths. Out of this number, 11 patients were discharged from the holding facility in Yaba, Lagos as of Thursday, April 2. This brings to 20, the total number of patients who have been treated, fully recovered and have been discharged to their families.

A jubilant Lagos state governor, Babajide Sanwa-Olu while addressing the media Thursday announced that “I am happy to break to you, my good people of Lagos, the news of the release today (on Thursday) of 11 more patients from our facility in Yaba. They have fully recovered and have tested negative to #COVID19 and have been allowed to return home to their families. “The patients include two females and nine males. Their results came out negative in two rounds of tests. I want to use this opportunity to, once again, thank our frontline health workers and other professionals for their service.”

Why are the figures still low? The possible reason could be found in the lifestyle pattern of Nigeria’s elite. The majority of those infected are bourgeoise and those who control the power dynamics in this country. The fear that COVID-19 would infect the poor Nigerians exponentially is unfounded. This class of people, except, artisans like stewards, cooks, drivers and those who work closely to give comfort to the nouveau rich and their families do not mingle with the rich. The rich and overpampered elites are permanently ensconced in their houses located in posh areas like Aso Rock, Nigeria’s Manhattan – Ikoyi, Lekki, Maitama, Gwarimpa, etc behind their gilded gates with a heavy security presence.

The irony of it truly is that this set of people comprising mostly of technocrats and politicians choose to neglect the provision of the most basic amenities for their people. They have no business shopping in Nigeria nor visiting a Nigerian hospital with their families; they prefer traveling abroad for their medicare and other needs. But today, they are now the harbinger of death to other innocent hardworking Nigerians who are struggling daily to make ends meet. It is only ironic that the same facilities they rejected and neglected in the past, but faced with no choice, have now become their saving grace and go-to destination at last.

With the federal government ordered lockdown in place, how do citizens survive during this trying period? Was a lockdown the best option and were other alternatives exhaustively explored before ordering a lockdown? With unemployment commanding double digits backed by an uncaptured informal sector which constitutes a chunk of the gross domestic product, how did the federal government arrived at the N10 billion grant given to Lagos state government?

How many people were to be captured with the money, where do they reside, what do they do and were beneficiaries to be households or individuals? If it is cash transfer, with the dearth of a dependable database, how did the government capture the number of vulnerable people in the society?

The truth of the matter is that, in the absence of a governance structure, these palliatives measure would go the same way of previous programmes that ended up in the deep pockets of fraudulent civil servants and greedy state officials. How can three 12 kg bags of rice be shared by the entire population in a local development authority in Lagos state? The whole palliative measures including the so-called attempt to disinfect the neighbourhood is a charade and complete sham. I have come to realise that most government programmes, no matter how well-intentioned, usually end up with almost zero impact because of the greed and fraudulent nature of those vested with the task of implementation and I wonder why, even with the obvious results, the government keeps doing the same thing over and over again.

Yielding to the global call to take action in support of the pandemic, the Corporates in Nigeria comprising Jim Ovia, Alhaji Aliko Dangote, Tony Elumelu, Segun Agbaje, Femi Otedola, Abdulsamad Rabiu, Herbert Wigwe and former Vice president, Atiku Abubakar whose son also tested positive to the COVID-19 infection donated in excess of N10 billion to support the federal government’s efforts. Although Minister for Information, Lai Mohammed has said the federal government was yet to receive money donated by the corporates, I strongly believe that given the lack of an established governance structure, the money should be administered directly by the corporates and should not be handed to officials of government for it to be stolen and plundered. In this vein, the corporates should take a cue from the initiative undertaken by Guarantee Trust Bank that has intervened by converting part of Onikan Stadium to build an ultramodern hospital fully equipped with modern facilities.

Going forward, given the success of this intervention by the corporate and guided by the notoriety of government officials who are more interested in what goes into their pockets, corporates should partner government to get incentives that would empower them to intervene in critical areas like education, medicare, roads, like Dangote is already doing now, railways, electricity generation, and distribution, etc.
Now people have been questioning the physical impact of the church in all this. The answer is that the body of churches has been lost in action. Apart from prayers, the majority of churches in the entire country, especially the ones that call themselves living churches that preach miracles of prosperity have all maintained a worrisome silence with the exception of Redeemed Christian Church of God that donated some equipment.

In comparison, while their counterparts abroad have thrown their doors very wide, feeding the flocks, donating to the needy, providing succor and reassuring those in despair that all would be well, our clerics and church general overseers are careless about their flocks in these dire times. As if their show of opulence and crass display of wealth with their acquisition of private jets, exotic cars, and mouth-watering houses are not visible even to the dumbest of their members, these commercial religious leaders still have the guts to extort their already fatigued members by deploying USSD codes to solicit for their tithes and offertory in the face of excruciating hardship. How insensitive?

While Africa is still bracing for the worst, according to forecast by global bodies, China, where the pandemic first broke, is already recovering and back on its feet. As other countries are still battling to stem the spread, one thing is very certain: when the dust from this pandemic is fully settled, the world would never be the same again in many ways. If not for anything, the pandemic has completely reshaped the global architecture beginning from what we consume, produce to the way people even think and their lifestyles.

Certainly, the world and its 7 billion population should gear up for the explosion of products engineered by artificial intelligence and machine learning. In that mold would be the expected exponential growth of technology-driven startups to address the new realities that the social distancing and lockdown threw up. Perhaps, in the end, who knows, the COVID-19 pandemic could turn out to be a blessing rather than a curse.