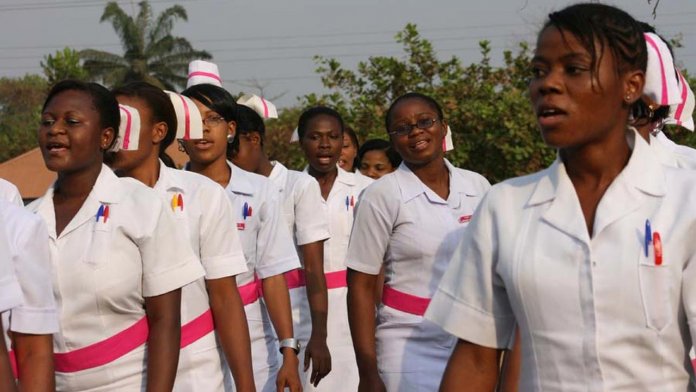 The International Confederation of Midwives (ICM), has expressed concerned over the violation of the human rights of women, their babies and their midwives with the introduction of inappropriate protocols for management of pregnancy, birth and postnatal care in many countries in response to the Covid-19 pandemic.

These inappropriate protocols, according to the ICM, were not based on current reputable scientific evidence and are harmful to the wellbeing of women and their babies

The ICM, which represents over one million midwives and 600 country associations in more than 130 countries, insisted that women’s rights in childbirth must be upheld during the current COVID-19 pandemic.

“In every country and community worldwide, pregnancy and childbirth are momentous events in the lives of women and families and represent a time of intense vulnerability. The concept of ‘safe motherhood’ is usually restricted to physical safety, but childbearing is also an important rite of passage, with deep personal and cultural significance for a woman and her family.

“Because motherhood is specific to women, issues of gender equity and gender violence are also at the core of maternity care. Thus, the notion of safe motherhood must be expanded beyond the prevention of morbidity or mortality to encompass respect for women’s basic human rights including respect for women’s autonomy, dignity, feelings, choices, and preferences, including the right to companionship during maternity care,” the ICM said.

The confederation of midwives also said that a woman’s right to respectful maternity care should focus specifically on the inter-personal aspects of the care received by women seeking maternity services.

It pointed out that a woman’s relationship with maternity care providers and the maternity care system during pregnancy and childbirth were vitally important because those encounters were the vehicles for the essential and potentially lifesaving health services that pregnant and recently pregnant women experienced with caregivers, which have the impact to empower and comfort or to inflict lasting damage and emotional trauma.

“The role of midwives as guardians of women’s rights to health has been historically evidenced since the Physician, Ignaz Semmelweis, documented the effects of hand hygiene on health in the 1800’s, noting that women delivered by midwives’ clean hands had higher survival outcomes than other patients in his hospital who perished, thereby announcing that hand hygiene, the same core infection prevention and control protocols being deployed to deliver the world from COVID today in 2020, saved lives,” the ICM said.

It urged all policymakers to remember that women’s memories of their childbearing experiences stay with them for a lifetime and are often shared with other women, contributing to a climate of confidence or doubt around childbearing.