As the world races to enact measures to suppress the effect of the coronavirus (COVID-19) pandemic, National Leader of the All Progressives Congress (APC), Asiwaju Bola Tinubu, has advised the federal government not to reduce its budgetary expenditure. Tinubu suggested, instead, that the government should increase its public expenditure by 10 to 15 per cent. He gave the advice in a statement titled, “A Message on the Coronavirus: A Time for Unity, A Time for Thought, A Time for Action,” released today on his 68th birthday celebration.

The statement was, apparently, in lieu of a colloquium, which had been held in the past 11 years on Tinubu’s birthday. He said in line with current social distancing measures against the spread of the coronavirus, the organisers of the event had decided to postpone it.

The former Lagos State governor said to save both lives and livelihoods in times of emergency, like the present one, extra inflation from enhanced government spending was a necessary price to pay. He also advised the federal government to announce a tax credit or partial tax reduction for companies, adding that the Value Added Tax (VAT) should be suspended for the next two to four months to help lower import costs and protect businesses against shortages.

Tinubu advised the Central Bank of Nigeria (CBN) to lower interest rates to stimulate borrowing and private sector activities. He described COVID 19 as a health and medical problem with heavy economic costs, saying it is blind to social, economic, and tribal boundaries, and imposes a need for cordiality and love.

Citing interventions by governments in most developed economies, including China, he advised the federal and state governments to begin to prepare appropriate responses to counteract the effect of grimmer emergencies, just in case the situation deteriorated gravely, in the face of falling oil prices and dollar shortfall.

The APC leader, discussing the effects of the current pandemic, stated, “This does not, however, necessitate a corresponding shortfall in public sector naira expenditures. The US controls dollar issuance. We control naira issuance, as is our sovereign right. Just as America has used its sovereign right to issue its currency to stave economic disaster, so, too, may Nigeria issue naira for the same purpose.

“The natural instinct will be to reduce spending. Such reductions may be prudent for individuals and households. For government to move in this direction only feeds economic carnage by amplifying economic hardship. Prudent fiscal policy is generally ‘countercyclical.’ As the private sector shrinks, government does more.

“At minimum, the federal government must stick to its naira budgetary expenditures. In fact, government should increase naira expenditures by at least 10 – 15 per cent during an emergency.”

According to him, the federal government cannot become naira insolvent because it has the ability to issue the national currency.

“Consequently,” Tinubu stated, “should circumstances require increased spending, we should not hesitate to do so; but we must keep the watchful eye to ensure inflation does not climb too high. However, to save both lives and livelihoods during a moment of historic emergency, a touch of extra inflation from enhanced government spending is a small price to pay. In fact, it is a price that must be paid.

“The alternative may be a harmful deflation which historically has proven more difficult to tame and cure than a small inflationary increase.”

He added, “Allocations to state and local governments should be included in this addition. If not, we risk subnational recessions in important sections of the country.

“If the virus is largely kept from becoming a widespread public health menace, government should accelerate spending and actual work on key infrastructural projects particularly regarding transportation.

“This will lower costs while bolstering the economy by generating employment and business activity. If the virus does become a large-scale public health challenge, more funds should be allocated to the health sector.

“Government should announce a tax credit or partial tax reduction for companies or firms. VAT should be suspended for the next two-four months. This will help lower import costs and protect against shortages.

“We need to protect the people from food shortages and high prices. As such, we must quickly improve farm-to-market delivery of agricultural produce. Also, government should initiate a crash programme to decrease spoilage of agricultural produce by construction of storage facilities in local marketplaces in and around major cities and towns throughout the country.”

Tinubu stressed the need for the establishment of strategic grain reserves, where government should facilitate steady supply by establishing minimum prices for basic food products.

He said, “The CBN should lower interest rates to spur borrowing and private sector activity. CBN and other financial regulators should be alert to signs of fragility in the financial markets and banking sector. The central bank should be prepared to enact extraordinary measures should the financial sector exhibit stress.

“The CBN should be prepared to give banks liberal access to its loan discount window to ensure adequate liquidity within the banking sector. The Cash Reserve Requirement for banks should be revised downward.

“Also to ensure liquidity, the CBN should be willing to expand its balance sheet and improve liquidity by purchasing government bonds and other instruments held by banks and other institutions.

“The Nigerian stock market is falling. CBN and others should be planning how they might intervene to prevent a potential run on the stock market. Potential measures include expanding Quantitative Easing to enable the central bank to purchase strategically important instruments trading in the stock market and instituting a moratorium on margin calls.
“The corona crisis will shrink the inflow of dollars. Hopefully, this is temporary, no more than a few months. CBN can allow some downward pressure on the naira without energetically intervening to defend the exchange rate. Only if and when the rate seems that it might dip precipitously should the CBN intervene.

“The Bank may want to revisit its decision prohibiting non-institutional Nigerian dollar holders from participation in open market operations. Greater leniency will bring more dollars into the CBN.

“If economic trouble does come, government must be willing to freeze payment of certain consumer-related private debts. Evictions, foreclosure and light and water cut-offs might have to be suspended. Suspension or partial reduction of payment of school fees for our most indigent families must be considered (that is when schools reopen) while government offers temporary support to the schools themselves.”

He called on the international financial institutions, such as the International Monetary Fund (IMF) and World Bank to be cooperative and forward-leaning in the current “sobering period”.

According to Tinubu, “We have entered a sobering period. We face a challenge we cannot see but one that can find us all too easily. As individuals, this puts every one of us at a startling disadvantage.

“Each is rendered vulnerable by the reckless act of his neighbour. Each is made safer by the enlightened conduct of a stranger. The very nature of this assailant calls us toward greater unity and kindness.

“In the normal push of our daily affairs, we tend to focus on what divides us. We are either APC, PDP or another political affiliation. One person is rich. Another is poor. There is the labourer then there is the boss.

“One person is of the north, another of the south, with both often acting as if the boundary between the two cannot be traversed. We are of different ethnic groups; these identities mean so much to us that we behave as if the affiliations are the very source of our humanity.

“In this, we tend to forget God. Even when we worship God, we divide ourselves in ways that too often bring violence to a way of life meant to bring peace and compassion.

“But, the coronavirus is now here. If we carry forth in our usual ways, we may well carry ourselves into national disaster. Normal practices will not suffice. We all must do better lest we all fail and suffer the grave consequences of collective failure. We pray that this terrible cloud will pass from us. However, we must prepare for the possibility that it may linger to rain hard upon us.”

Tinubu advised against the myth that the virus was not a black man’s disease.

He said, “We hoped that our hot climate would bake and destroy the virus. That wish now appears too optimistic. We even said our history in dealing with malaria and other tropical diseases granted us some type of immunity.

“Well, I doubt that immunity exists as there is no scientific evidence supporting this claim. If such an immunity exists, it is at most incomplete and so unreliable as to be of no avail to large segments of our population.

“The rich cannot bargain with the disease or pay it off. It neither reads bank account statements nor is it intimidated by them. The poor, likewise, are subject to it for it has no mercy nor cares about one’s prior or present hardships. Neither does it seem to study geography.

“Northerner and southerner are equally its prey. It will attack those who pray at the altar in church as well as those who face the Qiblah when praying in the mosque. To corona, we are all the same. Thus, to fight corona, we must treat each other the same, as brothers and sisters in one national family under one heaven.” 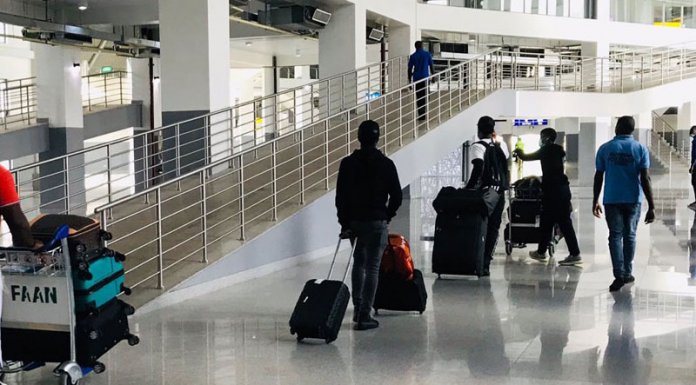